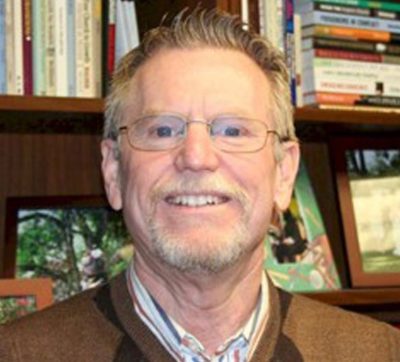 ​Confessions of a white guy

A Wesleyan district superintendent gives his thoughtful and passionate response to the national trauma over racial violence.

I did not grow up in a genuinely multi-colored world. If I had to label my upbringing it would be basic white with a pinch of color, a dusting of ethnicity, and a dash of culture.

I do not recall anyone of color who lived in our neighborhood. Two of my buddies, who lived next door, their dad was one-hundred-percent Native American. I do not know the tribe. I took trips with them to visit their grandparents on a reservation located in East San Diego County. The thing I remember most is their grandma made these fresh tortillas cooked on a flat pan sitting on an open fire. She pulled them off, sloshed butter on them, and we ate them. I can still taste them to this day. That was my cross-cultural experience.

At the small Presbyterian church we attended there was a black kid. His mom helped my mom teach Sunday school. That was my primary connection with an African-American family. We were church friends. But he never came to my house, nor me to his.

I do vividly recall the Sunday morning his mom brought raisins to class. She brought white raisins, which I had never seen before. We always had regular (e.g. black) raisins in our house. I remember thinking: Black people must eat white raisins and white people eat black raisins.

Looking back I realize it was the assumption of a not so bright kid. But I recognize it was indicative of assumptions people make when they don’t really know another person or culture. The color of a household’s raisins is fairly innocuous. But perception feeds reality and if someone’s perception is misinformed a great deal of conflict can be the result.

I have never considered myself prejudiced, but you could make a case that I never was forced to decide. My parents never made an issue over our neighbors Native-American history, nor did I have a sense my mom thought less of her co-Sunday school teacher due to race differences. I played football with Blacks, Hispanics, Pacific-Islanders, and Asians. Playing on a field together and being in a locker room together has a way of leveling out relationships. But if you leave those venues, with minimal connection afterward, these are bridges only partially built.

So I was one of those white folk who never understood what all the ruckus was about regarding the historical underpinnings of race relationships in America. This was especially applicable to the deep roots of conflict between whites and blacks.

This resulted in my perspective which is shared by many in the white community. It goes much like this: I did not own slaves. To my knowledge none of my ancestors owned slaves. Why am I being blamed (held accountable) for that which I had nothing to do with. When can we (translated blacks) get past this. We can’t change the past, but we can start fresh now. Let’s start fresh now.

In February 2012, this perspective resulted in a spirited conversation with Dr. Lawrence Van Hook. He is a leader I had the privilege of getting to know over the past few years. He is a pastor of a church in Oakland, California. We had had many a conversation regarding the issues between the black and white communities and how it impacts the church. On this occasion we finished our conversation with me not understanding why we can’t just move along. And I am sure Dr. Van Hook was convinced I was a lost cause.

One week after this conversation I was taking a personal retreat day. I have attempted to make a practice of carving out a four-hour-plus time block, once per month, to read Scripture, reflect, listen, and write. During this retreat God revealed to me what no conversation could. He instilled in me an “aha moment.” Where I was blind, now I was beginning to see. Where I was in a fog of misunderstanding, he began to clear the air.

I read Matthew 23:30-36 (New Living Translation). It is a passage I have read many times, but this time it spoke to me of my arrogance and misunderstanding. Jesus said:

30 Then you say, ‘If we had lived in the days of our ancestors, we would never have joined them in killing the prophets.’

31″But in saying that, you testify against yourselves that you are indeed the descendants of those who murdered the prophets. 32 Go ahead and finish what your ancestors started. 33 Snakes! Sons of vipers! How will you escape the judgment of hell?

34 “Therefore, I am sending you prophets and wise men and teachers of religious law. But you will kill some by crucifixion, and you will flog others with whips in your synagogues, chasing them from city to city. 35 As a result, you will be held responsible for the murder of all godly people of all time—from the murder of righteous Abel to the murder of Zechariah son of Berekiah, whom you killed in the Temple between the sanctuary and the altar. 36 I tell you the truth, this judgment will fall on this very generation.

I wrote the following in my journal:

In this passage Jesus is challenging and confronting the religious leaders and Pharisees about acts their ancestors did. Their ancestors killed the prophets. The generation Jesus was speaking to did not take responsibility for previous generations actions. They even claimed they would have not done the same (30).

Jesus pushed back on their self-aggrandizing claim that they would have not done the same. He said it indicted them (31). Jesus even says to they ought to go ahead and finish the job now (32).

This informs me of an attitude I have had in dealing with the black leaders on the district. I have pushed back on the fact I was, at some level, being lumped in with previous generations of white people who abused blacks. It has been my contention that I had not done that so why ought I be seen in that light? Why must I have to overcome the past attitudes and actions of people I don’t know.

Jesus does not seem to be letting me off the hook simply because I was not there. The mere fact I acknowledge it places me as part of it. Any claim on my part that I would have never done that is ill-founded. Fact is: I don’t know. From my vantage point today I do not believe I would. But had I been raised in a different environment I might have participated. Truthfully, I must guard carefully against any self-delusion regarding what I might have done or thought. The best I might do is to think I would have never treated another human being in that manner.

Didn’t seem like it, but my perspective was asking entire generations of people to forget history. It is the path of least resistance. If we are able to merely forget it, than we do not need to do the difficult work of understanding how our past impacts our present. Such an attitude is indicative of cultural difference. “Those who are a part of the majority culture have the luxury of ignoring the culture of others.”1 I wanted to ignore this cultural reality. And I could, as I am a member of the dominate culture.

Out of my 2012 epiphany I established “Six Musts” for me:

Since that day when God spoke into my heart I have been on a journey of discovery. Discovery about myself and about others who come from a completely different background than me. I am blessed with other sojourners who are helping me. They put up with my inquiries of ignorance. They allow me to process out loud even when my voice makes little sense. They let me push back, wonder, dream, and ask me questions that force me to figure it out. We embrace as we recognize we are on this journey together. I am realizing that I cannot, nor should not, walk this road alone.

I have a long way to go. There is still much to be unearthed in my attitude and perception. But I am willing to learn. I am willing to continue the conversation. I am fully engaged in this journey.

In November 2014, I was at a conference. An African-American leader, Jeffery, was in attendance. He was leading a church he had planted in Michigan. I took some time to ask him questions that might inform the journey I was on.

In our conversation he made this observation: “We will never eradicate racism, but we can overcome it. Death will never be eradicated, but it can be overcome. This is what Jesus did; he overcame death.”

Maybe that is the crux of the journey: there is an attempt to eradicate racism and it seems to be a futile task. We, therefore, give up since no one wants to live in futility. But it can be overcome.

I can speak for no one else, but I do know I must continue to ask: What can I do? I think, I think, if I ask this question consistently I will discover something special.