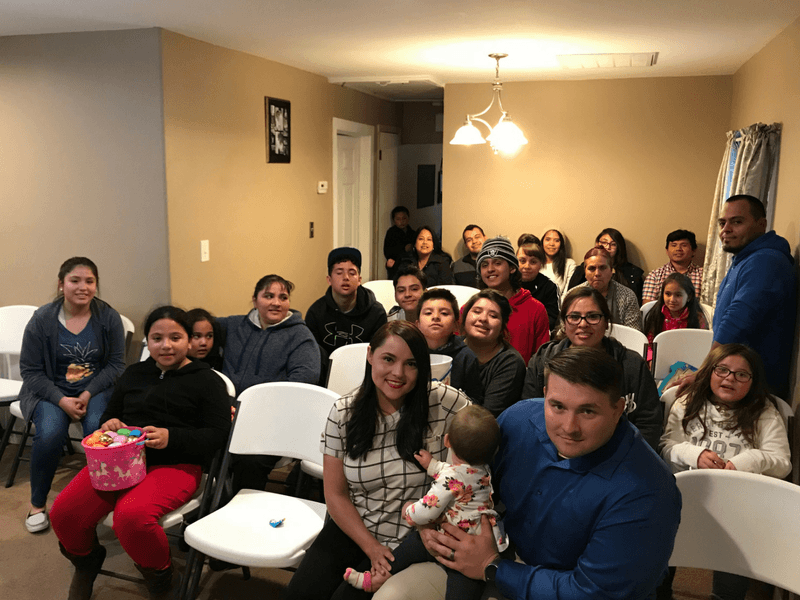 From Cuba to Kansas, a church planter loves being a part of how God is changing hearts and lives in Garden City.

Born in Cuba, her dad applied for his family to leave the country and relocate to the United States when she was an infant. Instead, he was forced to quit his job and sent to a labor camp. Her dad was not released until Martinez was four years old. The family then moved to the United States soon after.

The family immediately moved to the United States, where they attended church regularly. Her faith did not become real until age 19, when Martinez placed her faith in Christ while in college. She sensed God leading her into full-ministry and, in 2007, landed in Mexico as a missionary to direct a children’s home.

Martinez loved her job and resonated with the children. Content and happy, her circumstances changed radically one day.

One of the former children’s home residents had met a member of the drug cartel. He romanced her. She eventually found herself pregnant, alienated and abused. A series of events led to Martinez being involved in the girl’s rescue. Martinez’s identity was discovered, and her life threatened.

Martinez had become acquainted with Rev. Frank Piraino (now executive pastor at Grace Point Church, Topeka, Kansas), and his wife, Brenda, through church missions trips to the children’s home. Martinez contacted Pastor Piraino, explained her situation and was offered shelter. Martinez had no other connections in Kansas, and the counsel of the Kansas Bureau of Investigation helped make sure her identity was safe. To protect her family, Martinez had chosen to live away from them.

Martinez settled into her new life and attended Grace Point Church where she began a Hispanic Bible study and began serving as missions director. God began to stir her heart for church multiplication and, in March 2015, Martinez answered God’s call to become a church planter.

Since October 2017, a small team of 11 people had been praying and planning to launch “The Community – La Comunidad” in Garden City, located five hours from Topeka in western Kansas. Its first public service was held April 1, 2018, Easter Sunday.

“Although we were a small core team, we decided to do what we knew to do and trust God to do what only he can,” said Martinez. Twenty-seven people attended that first service and eight placed their faith in Jesus.

“One mom and I have been walking together through a discipleship program … on Easter, she had the privilege of witnessing her teenage daughter place her faith in Christ,” said Martinez.

Martinez is a bi-vocational pastor. She’s a local school teacher, which gives her “opportunities to meet families, potentially people I could reach out to if they did not have a positive relationship with Christ.”

The congregation of The Community – La Comunidad may be young and small, but Grace Point Church Senior Pastor Rev. Tim Hughes, the Pirainos and the congregation have stepped up to support Martinez and the fledgling church.

“Madelyn is a woman who walks by faith because she’s experienced God’s faithfulness over and over in her life,” said Hughes. “She knows she doesn’t have control over outcomes, but she does have control over her obedience. And we want to be a church that’s continually involved in multiplication so when Madelyn decided to plant in Garden City, it seemed pretty natural for us to get behind her.”

To learn more about how your church can be involved in church multiplication, click here.