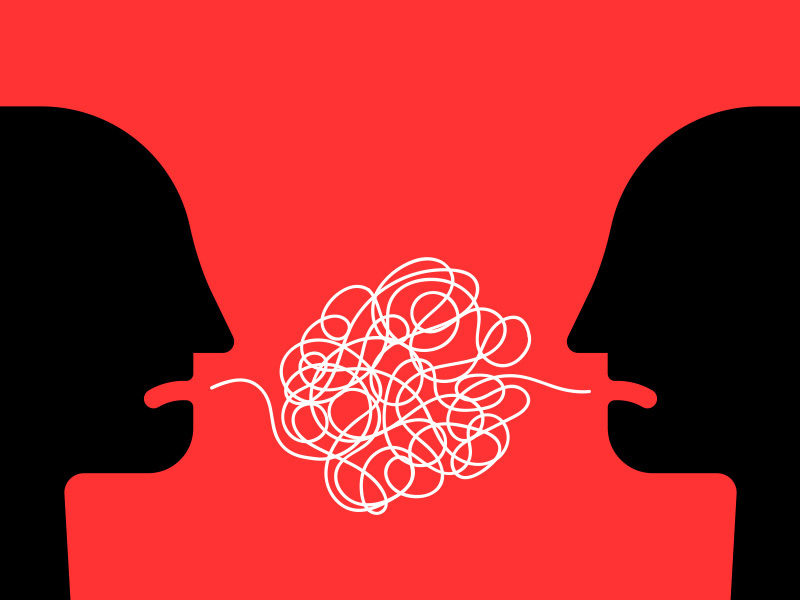 Stewarding our disagreements necessitates asking the right questions of ourselves and others.

While preaching in Pennsylvania, I had the opportunity to spend a day at Gettysburg. These are sacred grounds. As my son and I toured, we heard and read stories at the site of people around the battleground who fought and suffered in the Civil War.

One story was of John and Caroline Rupp and their six children, who lived in a two-story house on Baltimore Street. When the armies of the North and South collided at the base of Cemetery Hill, they were on the front and back porches of the Rupp residence. In a letter to his sister, Anne, John reflected upon the conflict, saying,

“Our house was pretty riddled with balls passing through our bed steads. I went into the cellar that Thursday night and all-day Friday, until Saturday morning. Our men occupied my (front) porch and the rebels the rear of the house and I myself was in the cellar. So you can see that I was on neutral ground.”

If you’ve been leading in the church, you likely know a bit of how Rupp felt. Polarization has always existed; but over the past 15 years, Pew Research (who has tracked polarization since 1994) has found that the divide in our culture has more than doubled in the past 15 years. And the church is in the cellar.

Because no political ideology can fully encapsulate the kingdom of God, we do our best to include people from various perspectives, helping embody the unification within diversity that we see in Christ’s vision for the church (1 Corinthians 12:12). Our neutrality — born of a genuine desire to welcome those from various spaces and ideologies — has often foreclosed on the church’s unique contribution to building community.

That contribution is found in our ability to build generative communities of people who disagree but are committed to each other’s good.

Disagreement and separation in the church have existed since its earliest days (Acts 15:39). The question is not “will we disagree” but how will we steward our disagreement? The world will not know us by our convictions alone but by the way we live; not just by what we stand for but by what we strive for, suffer for and practice in our daily lives; by how we treat people in and out of our community.

While we were busy sharpening our convictions and honing our arguments, I wonder if we’ve atrophied in these other areas, if we’ve been so passionate about some cause that we’ve overlooked the people in front of us.

Paul wrote such a blueprint for the church in Rome. He wrote, “Accept the one whose faith is weak, without quarreling over disputable matters. One person’s faith allows them to eat anything, but another, whose faith is weak, eats only vegetables. The one who eats everything must not treat with contempt the one who does not, and the one who does not eat everything must not judge the one who does, for God has accepted them. Who are you to judge someone else’s servant? To their own master, servants stand or fall. And they will stand, for the Lord is able to make them stand.” (Romans 14:1-4) The chapter continues with Paul describing other disputable issues, from which days are holy, to what habits people may engage in.

Paul suggests that one’s maturity is not determined by the strength of their convictions but by their capacity to bond with people of other convictions. The Romans and Jews who had come to Christ were seeing their beliefs as a body of truth to be protected. They were separating themselves into ideological tribes.

Perhaps that is one of our main issues today. We have built our friend groups, our communities, our workplaces, our churches, even, “certain kinds of people” and insulated ourselves from those who disagree with us on issues (like politics, vaccinations and the role of government in our lives). In doing so, we have missed out on people God has called us to be in union with.

Paul writes this to remind this early congregation that these things are important. He doesn’t say, “just get along” or diminish the distinct advantages that certain practices hold over others. Instead, he reminds them not to put too much weight on things that were not made to bear it.

As I apply these principles to all that has happened, to the subjects that are pulling us in different directions, three things become evident. If we pay attention to these things, even as the subjects are pulling us apart, they will make us stronger. The first is our spirit; the second is our process; and the third is our priorities.

Our spirits have become hardened, critical, divisive and in bondage to the controversial spirit our age is so prone toward. Instead of holding others hostage to our own opinions, it seems wise to approach them hospitably, asking ourselves:

When it comes to our processes, we have become too isolated. We make decisions about important things mostly alone, and without including people who aren’t from our “tight circle” of friends or like-minded acquaintances.

Instead, we would be wise to begin conversations with people we trust, but whom might disagree with our default position, asking ourselves:

When it comes to our priorities, we have too often been primarily concerned with leaving the conversation knowing we’ve been heard, rather than being concerned with our listening.

Instead, it seems wise to enter conversations asking ourselves:

In our way of learning this, we will almost always encounter tension, whether within ourselves or in others. That’s natural! Here’s the best part: Perhaps all of this tension is for good. If it’s been hard, perhaps it’s supposed to be.

The people of God have always been diverse. Christianity is not becoming more global; it always was.

These tensions, then, are the growing pains of a body that is learning how to live into what will be. Perhaps God is teaching us how to live as part of His future plan to unite all people in Christ. Rather than see these tensions as a threat, we must see them as a danger to be navigated because in the end, they will make us better.

So let us stop complaining about those people who don’t agree with us, who are different from us, and let us stop trying to persuade them or else heaven will be full of people just like us. And that’s hell.