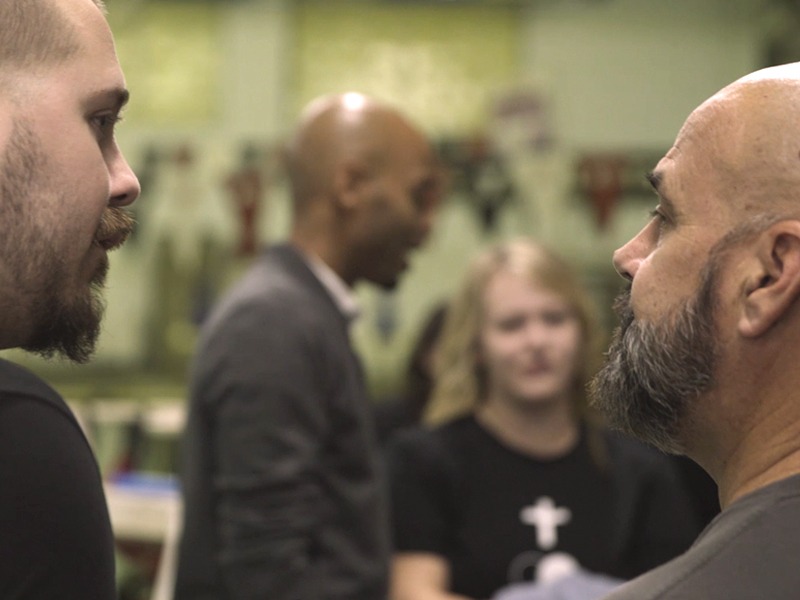 Engaging in church planting and participating in Church Multiplication Sunday has changed the life of Christ Wesleyan Church.

Rev. Ken Klein was weary of “playing church on Sunday” at Christ Wesleyan Church (CWC) in Greensboro, North Carolina. He loved his church and its people. But he felt like their purpose in ministry had faded.

One morning, he stood in front of the congregation and said, “I’ve got good news—we are pregnant!” Greeted with looks of confusion and audible gasps, congregants thought he and his wife, who are in their 50s, were expecting a baby.

A moment later, he explained that CWC had made plans to plant another church in Greensboro.

Klein had met Spencer Loman, who had a heart and vision to reach the city. Loman and his wife, Jordan, had relocated to Greensboro to plant a church. Even though a Wesleyan church already existed in Greensboro, Klein thought it made sense to plant another.

“Greensboro has become one of the most culturally diverse cities in the southeast,” said Klein. “The high school across the street from [CWC] has over 40 nations represented in it.” Only 49.6 percent of Greensboro’s population claims a religion and in the 27407 ZIP code, where CWC is located, more than 25,000 residents are unchurched.

When Klein met Loman, he knew he wanted to support and resource the new pastor and his vision with people, equipment and finances. Church planting is in Klein’s blood and part of his ministry legacy. Klein planted Connection Church (now called Hope City Church) in Wallburg, North Carolina, in 2011. He understands the challenges, as well as the joys, that come with launching a brand-new church.

CWC has been a tangible partner with its “baby” church. CWC gave $14,000 and sent congregants to help launch United City Greensboro in 2017—and they’ve been partnering ever since.

On Good Friday, CWC, United City and La Roca, a church plant that meets in CWC’s building on Sunday nights, joined together for a communion service. CWC hosted, while Loman led the service.

“The old and the new are working together to make sure United City doesn’t just start well but that they grow well,” said Klein. “We plan things together and we do things together, and we are excited about it.”

Engaging in church planting and participating in CMS has changed the trajectory of Christ Wesleyan Church and Klein couldn’t be more excited about its future.

“I’ve never seen so much joy and unity in my 24 years of ministry,” said Klein.

Watch this video to learn more about the CWC and United City partnership.

Pictured: Loman (left) and Klein (right) have formed a friendship and partnership that have been mutually beneficial for both men and the churches they lead.