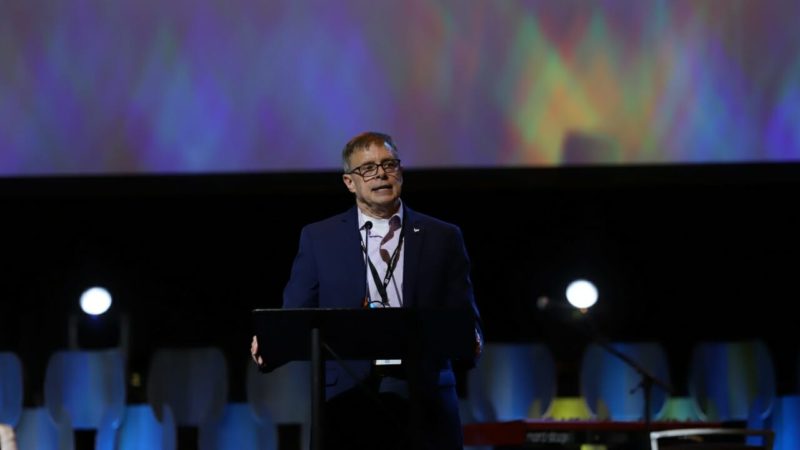 Schmidt was first elected General Superintendent of The Wesleyan Church on June 6, 2016, by the North American General Conference in Buffalo, New York. Previously, he served as the chief administrative officer of Wesley Seminary at Indiana Wesleyan University from 2010-2016.

From 1979-2009, Schmidt served first as a co-founding pastor and then senior pastor of Kentwood Community Church (KCC) in the Grand Rapids, Michigan, area. He contributed leadership in planting the church and growing it to a multiethnic and multiplying church taking a lead role in planting 10 daughter churches during his tenure. Schmidt expresses his gratitude for 41 years of ordination in The Wesleyan Church.

Since his election in 2016, Schmidt has faithfully served the church through an extended term as General Superintendent during the uncertainty of a global pandemic. His belief in the beautifully diversity of God’s kingdom and passion to reach others with the hope and holiness of Jesus are evident as he has led the way in seeing TWC become a Kingdom Force Unleashed in our communities. Schmidt has modeled how women and men, lay and clergy should serve together by being the first General Superintendent to include two women leaders in his cabinet, one clergy and the other lay. The vision of ethnic diversity is growing as one-third of Wesleyan churches are now multiethnic and TWC’s credentialed women clergy have moved from 16% in 2016 to 21% in 2021.

The Wesleyan Church has been blessed by Schmidt’s passionate and unwavering commitment to prayer and sharing the hope and holiness of Christ. He has led and challenged TWC to live as a Kingdom Force Unleashed these past four years and continues this charge into the future.

As Schmidt accepted his nomination, he was joined by his family on the stage. Schmidt expressed his gratitude for The Wesleyan Church and their generational ministry to his family. 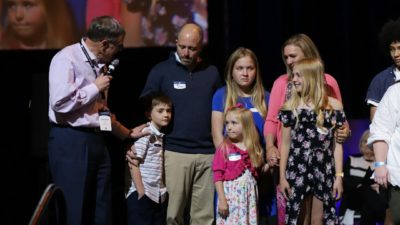 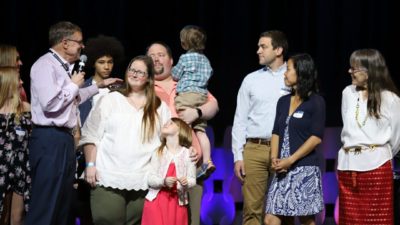