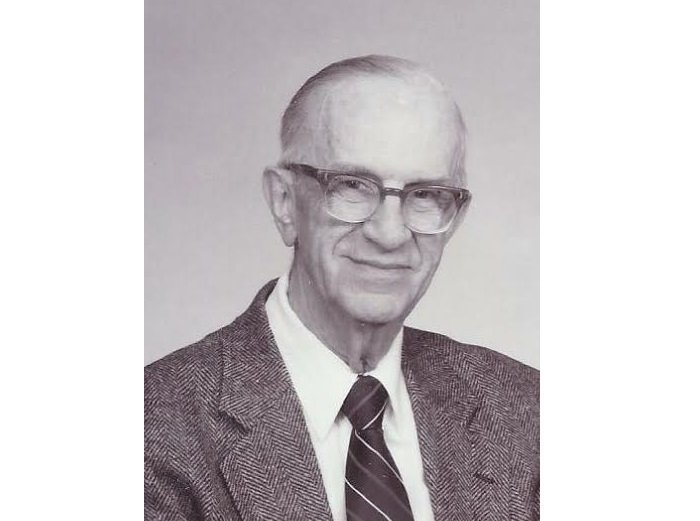 Ermal Wilson is remembered with gratitude as a missionary statesman and as a man of prayer and deep passion for Jesus Christ. All of his children followed him into the ministry in The Wesleyan Church.

Ermal Leroy Wilson, 97, of Marion, Indiana, was General Secretary of World Missions for the Pilgrim Holiness Church and the merged Wesleyan Church from 1958-1972.

Ermal Wilson is remembered with gratitude by The Wesleyan Church as a missionary statesman, a preacher of the gospel, and as a man of prayer and deep passion for Jesus Christ. All of his children followed him into the ministry and gave their lives to local church service in The Wesleyan Church.

After the decease of his first wife, Madgel, in 1967, Ermal married Gloria Lup in 1968. She was invaluable to Ermal in their service to the church. After completing decades in denominational service, Ermal once again took up local church ministry, including seven years in Flint, Michigan and also has served as an itinerant evangelist.

Visitation will be from 2-6:00 p.m. on Sunday, May 4, 204 at Needham-Storey-Wampner Funeral Service, 400 E. Main Street, Gas City, Indiana, and one hour prior to the service at the church.

The Funeral Service will be at 11:00 a.m. on Monday, May 5, 2014 at Westview Wesleyan Church, 1300 W. Sixth Street, Jonesboro, Indiana with Reverends Paul Wilson and Vic Wilson officiating. Burial will be at 3:00 p.m. at Greenlawn Cemetery, Frankfort Indiana.

For obituary and to share online condolences to family: http://www.nswcares.com/obituary/Ermal-Leroy-Wilson/Marion-IN/1377805