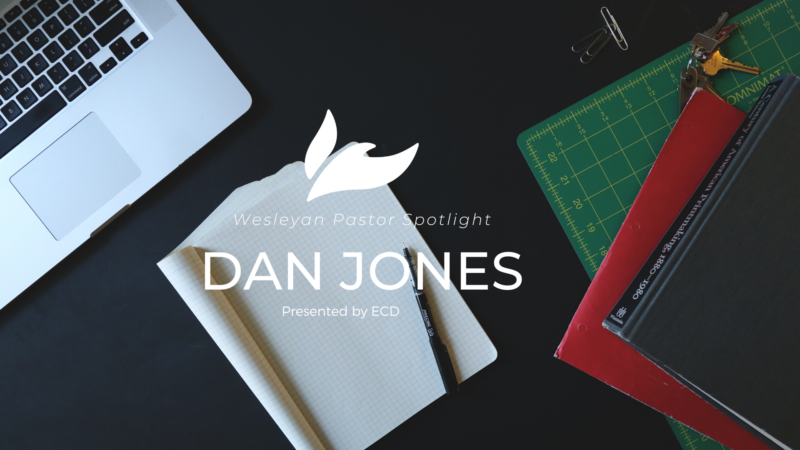 “It was a rich experience for me to understand that God is bigger than any one denominational box… All of the different perspectives find alignment and agreement in God,” Jones reflected. 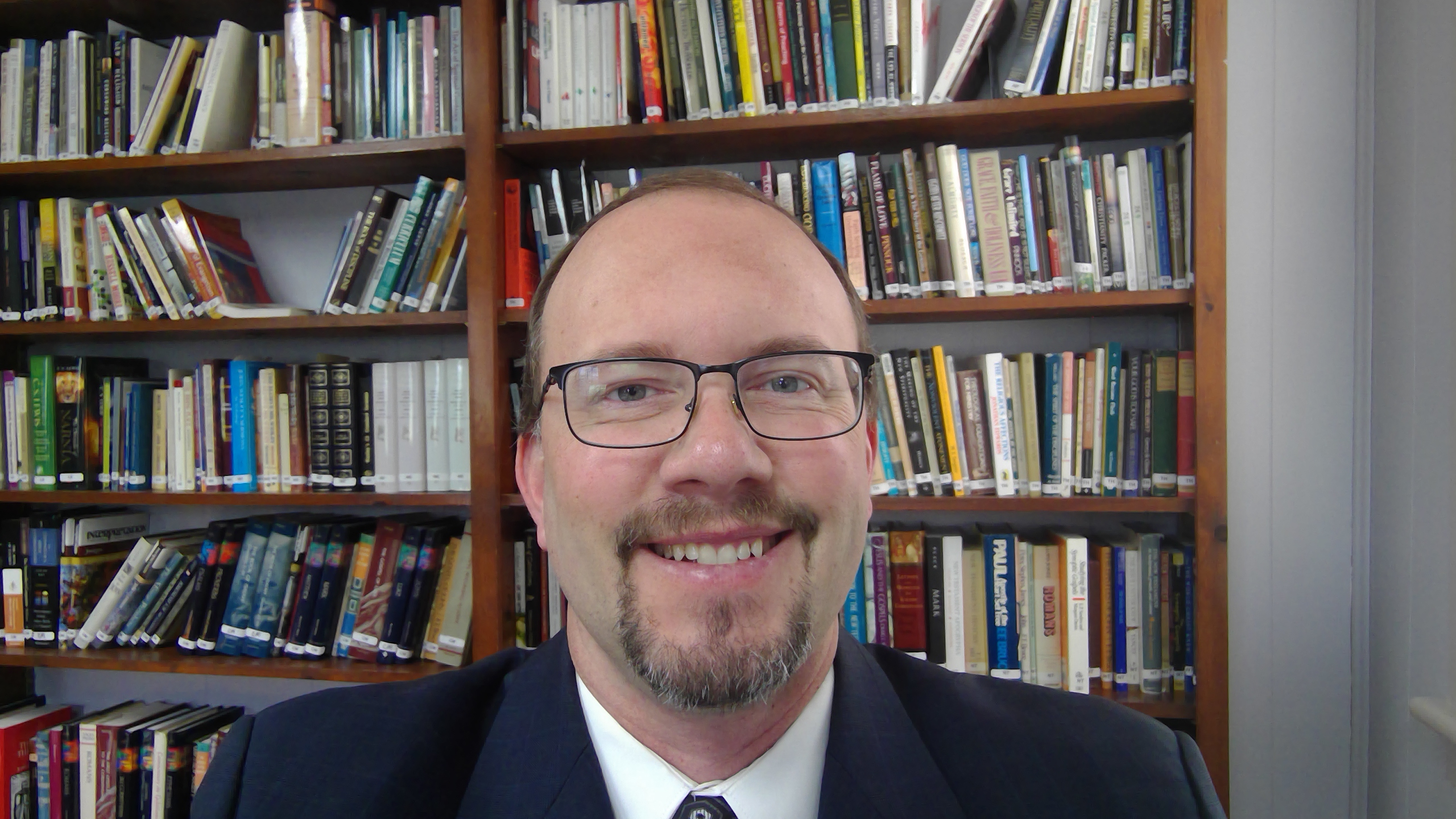 If Rev. Dan Jones has learned one thing in 17 years of ministry, it is how to live within tension. Tension – between visions, theological views and practices – seems to come with the pastoral vocation, especially when a pastor leads congregations through seasons of change. Jones’ decision to veer off the denominational path in his theological education led him to encounter the God who orchestrates diversity into harmony in the universal church and empowers its leaders to forbear the tension to work toward the same.

Jones says he was “steeped in Wesleyan-ness since birth,” a descendant in a long line of Wesleyans. He grew up in a small Wesleyan church pastored by Rev. Jim Bence in Steuben County, New York. When he decided to attend Princeton Theological Seminary – a theologically Reformed institution – after graduating from Houghton College, his community voiced concerns. His grandmother, of the opinion that Princeton wasn’t even a Christian school, thought her grandson’s attendance would mean he would be taking the gospel to the people there.

But for Jones, the decision was about “rounding off square edges.”

“When I graduated from Houghton, Dr. Rich Eckley challenged me to stretch my exposure to other areas of the church and other perspectives,” Jones said, referring to Houghton professor of theology Richard Eckley, who himself had attended Princeton for a Master of Theology degree.

At Princeton, Jones encountered students and professors from a rainbow of Christian traditions, eager to engage in diverse theological conversations. Jones found his fellow Wesleyans, Methodists and others passionate about the holiness tradition, but he also made friends with students from Reformed backgrounds and was challenged by the varied perspectives of professors.

“It was a rich experience for me to understand that God is bigger than any one denominational box… All of the different perspectives find alignment and agreement in God,” Jones reflected.

“My time at Princeton gave me an appreciation for the universal church and made me more humble in my own theology, in Wesleyan theology,” he said.

For Jones, that appreciation for other Christian traditions ran deeper than an occasional theological chat over coffee with Reformed pastors. He was ready to engage and to bridge denominational gaps.

After pastoring at two small Wesleyan churches in Levittown, Pennsylvania, and Avon, New York, Jones did supply pastoral work for a Presbyterian church going through a difficult and delicate transition between denominations. The opportunity was open to Jones because of his education at Princeton, which gave him the same training as Presbyterian ministers.

But Jones had acquired more than just head knowledge of the Presbyterian tradition at Princeton. He knew the issues on the hearts of Presbyterians, and the reasons for their views on the pressing issues, from ordination to human sexuality.

“My experience at Princeton helped me relate to the congregation. I knew their theological perspective and their lingo. The presbytery trusted me because I had that background and an appreciation for who they are,” Jones said.

Jones cut his pastoral teeth on transitions like the one at the Presbyterian church, and his education at Princeton, and later at Fuller Theological Seminary for his doctoral degree, has proven foundational for helping navigate dicey changes in congregations.

At the church in Levittown, where he pastored for two years while completing his masters at Princeton, Jones helped the congregation regain trust after their pastor was forced to surrender his credentials over a misconduct issue. While the external changes like changing the church’s name and physical property could be undertaken quickly, the internal work of healing the hurts of the congregation and helping them trust again was a slower, more delicate work, Jones said.

From Levittown, he went on to pastor a church in Avon, where the pastor of 17 years had recently retired. The transition needed at Avon Wesleyan Church was one of vision, a reworking of the church’s raison d’etre. Jones had to take leadership risks to help the congregation re-evaluate their traditions, holding onto the meaning behind them while reworking the method of carrying them out.

He once preached a sermon series called “He did it on the Sabbath,” focusing on the miracles Jesus performed on the Sabbath, in order to help the board consider holding a community service day on a Sunday morning. At the next board meeting, he asked the vice chair once more what he thought about the community service day. The vice chair said he had read every verse in the Bible about the Sabbath and listened to Jones’ sermons, and he had become convinced the church should schedule the service day for a Sunday. With the convictions of that senior board member voiced, all the other church leaders got on board.

“I asked the person who I thought would think seriously and openly about it, I gave him time to think about what I was trying to do, and I trusted the Spirit to move,” Jones said.

Jones’ philosophy on navigating transition is to find “the middle way” between the two philosophical poles of right thought and right action. When approaching a necessary transition in a church, he begins by examining the principles at the heart of the traditions, and then considers how the method of carrying them out could be tweaked for the present context.

“It would be easier,” he admitted. “But I’ve chosen to do a blended service because I think the value of being together, of the old and the new together, of each of surrendering something for the whole, is worth it.”

When it comes to moving forward as a community, he gives this advice to pastors and lay leaders alike: “Pursue the good – what is good may not always be what is best for you.”

“If we’re willing to live within some tension, I think we are better off.”