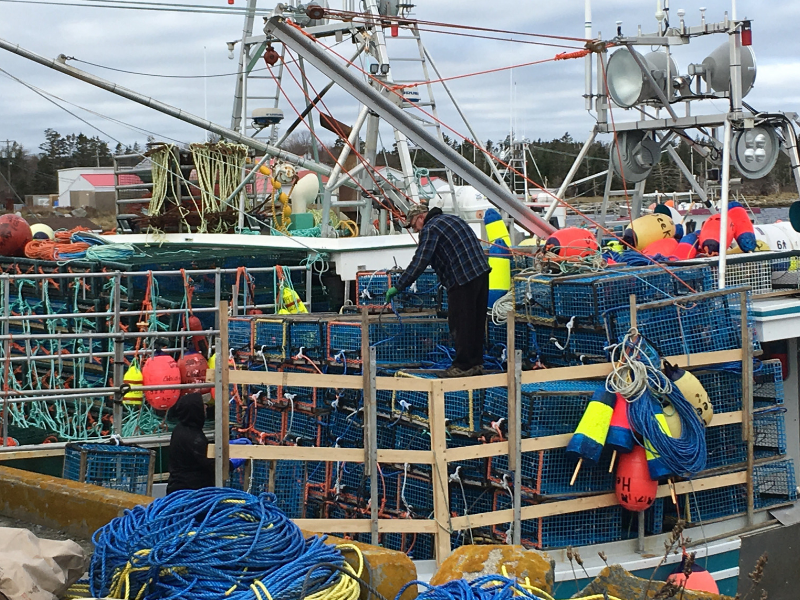 Fishing for souls in the Canadian fishing communities

For over 40 years, that church that is now West Head Wesleyan Church in Clark’s Harbour, Nova Scotia, has hosted a Fishermen’s Service in late November, bringing together people from various area Canadian fishing communities. The host church became Wesleyan in the early 2000s.

The 2018 “seeker-sensitive” service held at West Head was attended by more than 150 men and women, said Rev. Vince Robertson, pastor. A meet and greet with a fishing photo montage (past and present) started the event. The hour-long service included a rope splicing contest, a men’s choir and a video interview with an ordained minister who left the pulpit to captain a boat so he could minister on the water. Robertson preached a short message and an offering was collected for local ministry opportunities and global missions projects, specifically a local high school student who is traveling to Kenya to assist in building a school and with other projects while in-country.

More than 100 attendees came forward for prayer. Robertson estimates that over half did not have a personal relationship with Jesus. About 15 attended the West Head’s Christmas Eve service, and Robertson continues to follow up with them.

At their invitation, Robertson has joined the fishing community for fishing and dumping day trips. Experience on the fishing boats has given Robertson a new perspective on how these men and women make a living.

“It is dangerous work, and I now know how to pray for them,” said Robertson. “I no longer feel like an outsider.”

Robertson considers time with them a gift. As a second career pastor who has been serving at West Head Wesleyan for less than a year, his desire to build relationships in the community is a priority.

“I go to coffee with some retired fishermen and connect with their friends a couple times a week,” Robertson said. The networking is encouraging to Robertson as he yearns to have a spiritual impact on those he continues to meet.

“I am excited that God has given me a burden to reach these individuals,” said Robertson. “I have been out on the Atlantic Ocean three times and have chatted with people who risk their lives going off shore hundreds of miles.”

According to Robertson, West Head is just one Wesleyan church in the area to host this type of service. Other Wesleyan churches include Woods Harbour, Yarmouth, Ingomar and Hope. Their efforts, offered along with churches of other denominations, represent a collective desire and commitment to communicating the gospel in their Nova Scotia communities.

Rev. Peter Moore, district superintendent of the Atlantic District, is pleased with the church’s outreach efforts and sees it as vital to reaching those in the area who don’t know Jesus.

“One of our six core values as a district (Exploration Essentials) is contextual effectiveness,” said Moore. “Many of our churches ministering to those in the fishing industry have honed highly effective onramps into their communities with services like these. Pastor Vince and Pastor Karen are a wonderful example of a couple who are both credentialed in ministry together and he is an excellent role model of what it means for a pastor to walk the wharfs and initiate a kingdom presence through the West Head church family.”

Author’s note: When the Fishermen’s Service began, women were not employed within the fishing community. The industry changed a few years ago when women went out as banders (the person who puts rubber bands on lobster claws to ensure safe handling). The name remains unchanged due to tradition.