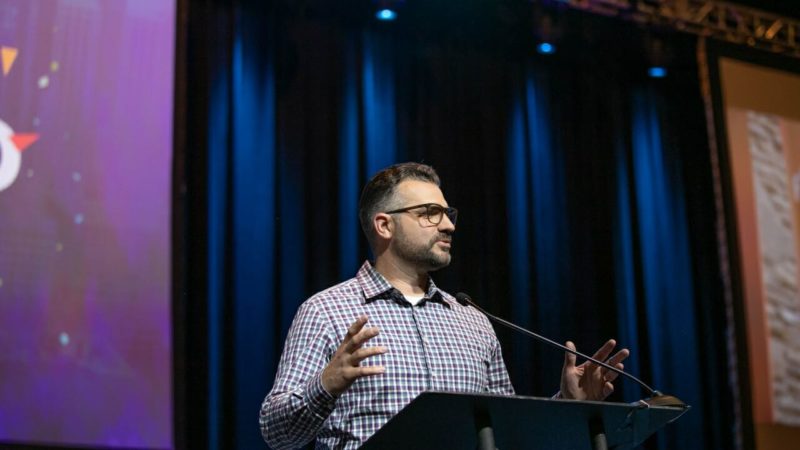 Rev. Dr. Ed Love elected by the General Conference to the office of executive director of Church Multiplication and Discipleship.

On Monday, May 23, the General Conference elected Rev. Dr. Ed Love. He was recommended by General Superintendent Wayne Schmidt and nominated by the General Board for a four-year term of general officer service in the Church Multiplication and Discipleship Division of The Wesleyan Church (TWC).

Love is an ordained minister who is passionate about seeing lost people found, disciples make disciples, and churches multiplying churches until every man, woman and child has a relationship with Christ and the church. He was invited to be the director of Church Multiplication of The Wesleyan Church in 2016. Previously, Love led a student ministry, planted two multiplying churches, daughtered multiple church plants, developed a church planting network, and provided coaching, training and resources for church planters.

Love received his Master of Divinity degree from Asbury Theological Seminary and Doctor of Ministry from George Fox Evangelical Seminary, with an emphasis in semiotics and emerging leadership.

He loves raising up emerging leaders. In addition to his current TWC assignment, Love is a published author and serves as an adjunct professor of church planting and multiplication for Wesley Seminary.

In Love’s acceptance speech, he shared his deep appreciation for the honor of being elected to serve the church in this role. His previous service as director of church multiplication has allowed him to see God’s movement first-hand within the denomination and states, “I’m excited for the future … of The Wesleyan Church Unleashed.”