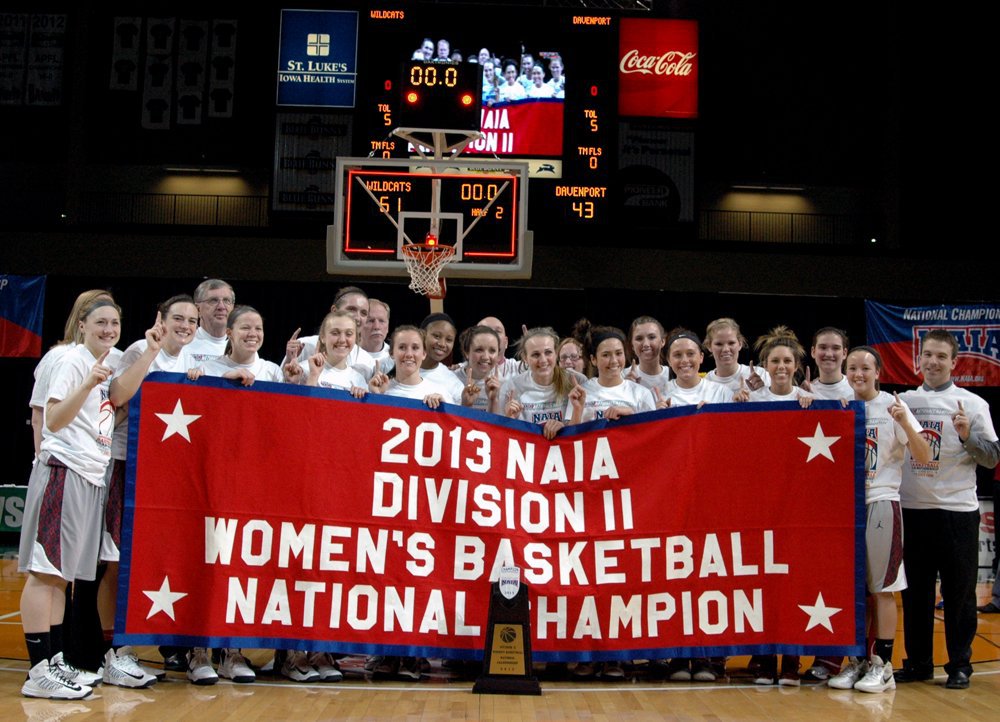 “It’s such a great victory for our team and to see our team do something so special together. That is what matters the most to me,” said senior forward Paige Smith. “The fact that this team came together, fought together, and stayed together the entire year is the biggest blessing out of all of this.”

“It means a lot for the school,” said junior guard Taylor Goshert. “All the support we got this week was incredible. You can’t say much more than that because it means so much to us. It means something big to the school to bring home something big like this.”

In five games in six days Indiana Wesleyan limited opponents to 44.4 points per game. Three of the five opponents were ranked in the top-15 in NAIA in scoring offense per game during the regular season, including a pair of schools that averaged 80 or more points.

The Indiana Wesleyan defense was on full display in the second half which allowed IWU to turn a 23-21 deficit into an 18-point victory. The start of the second half featured four ties and three lead changes in the first eight minutes of play. The key moment of the night came with 11:24 left in the game when Emma Stahl drilled a 3-point basket from the corner to put Indiana Wesleyan in front 37-36. IWU would not trail again as the Stahl 3-point basket ignited a 22-1 run over the next eight minutes.

“I’m really thankful that we kept them from making a shot for that long,” said Brooks. “Our kids played so hard and hopefully our younger kids can pick up on what we did because that is the kind of effort it takes to get back out here.”

Indiana Wesleyan kept the ball the final 27 seconds until the horn sounded the end of the game. At that time a mass celebration erupted on the Indiana Wesleyan sideline as the team won its first national title since 2007.

The senior class of Paige Smith and Claire Ray once again came through for the Wildcats on Tuesday. Smith finished with 14 points and six rebounds and shot 6-of-9 from the floor while Ray added 14 points, seven rebounds, and four assists. Ray also came up huge on the defensive end on Davenport’s leading scorer Karli Harris. Harris, who averages 15.1 points per game, was held to five points.

“I can’t say enough about Paige and Claire,” beamed Brooks. “Claire did an amazing job on Karli Harris tonight. She just shut her down. Those two seniors have been our inspiration and leaders all year on the floor and off the floor. If you want to have a team like this you need seniors that step up and take responsibility and those two did that.”

For her efforts this past week, Smith was named the Tournament’s Most Valuable Player and All-Tournament First Team. She averaged 17.8 points, 8.2 rebounds, and 1.2 assists while shooting 55.1-percent from the field.

Joining Smith on the All-Tournament First Team was Taylor Goshert. The junior led all players in scoring in the championship game with 15 points on 7-of-12 shooting. She also had five rebounds, three assists, and two steals. For the tournament, Goshert averaged 13.0 points and 6.0 rebounds while providing plenty of intangibles.

Brooks was also honored in the postgame ceremony as the NAIA Phyllis Holmes Coach of the Year, an honor he also earned in 2007. He led IWU to its second national title with a record of 35-3. The 35 wins are the second best in program history and the team won their fourth straight Crossroads League championship. Brooks’ defensive philosophy was the reason IWU was first in the country in defense at 47.8 points per game.

In attendance at the game were Dennis and Marcie Whittaker, parents of the late Leah Whittaker. Leah passed away in August of 2011 due to Stage IV liver and colon cancer. She played basketball at IWU and touched the lives of many in her one year at the university.

Indiana Wesleyan is just the sixth team to have won multiple national championships in NAIA Division II. IWU is the only non-Great Plains Athletic Conference (GPAC) team to win the national title since 2000 and breaks a five-year championship run for the GPAC. Indiana Wesleyan improves its tournament record to 23-9 all-time, good for fifth best in tournament history. 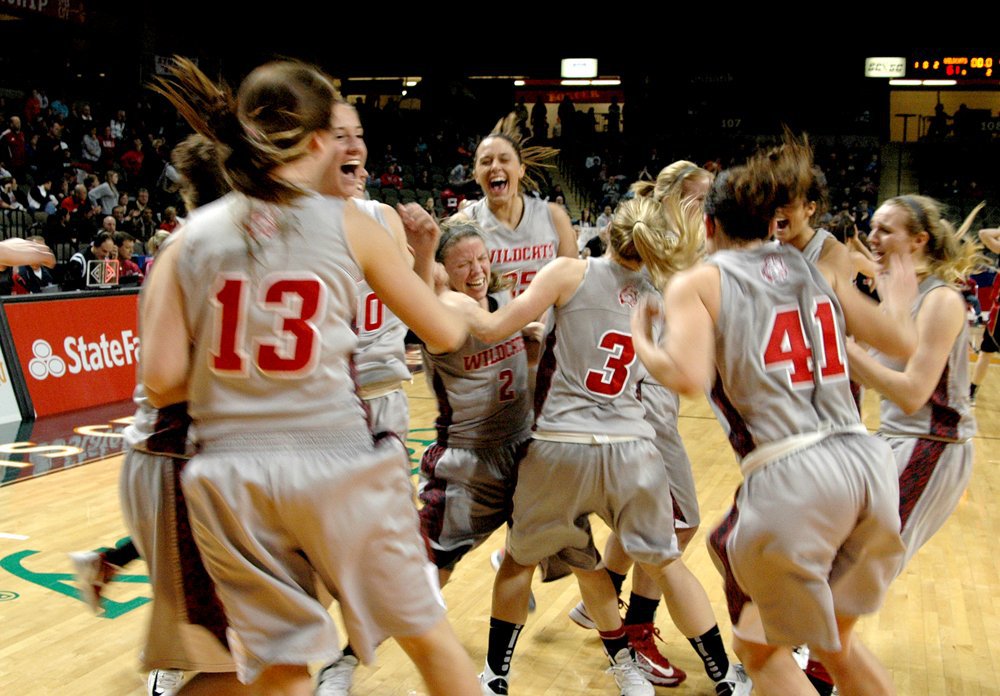