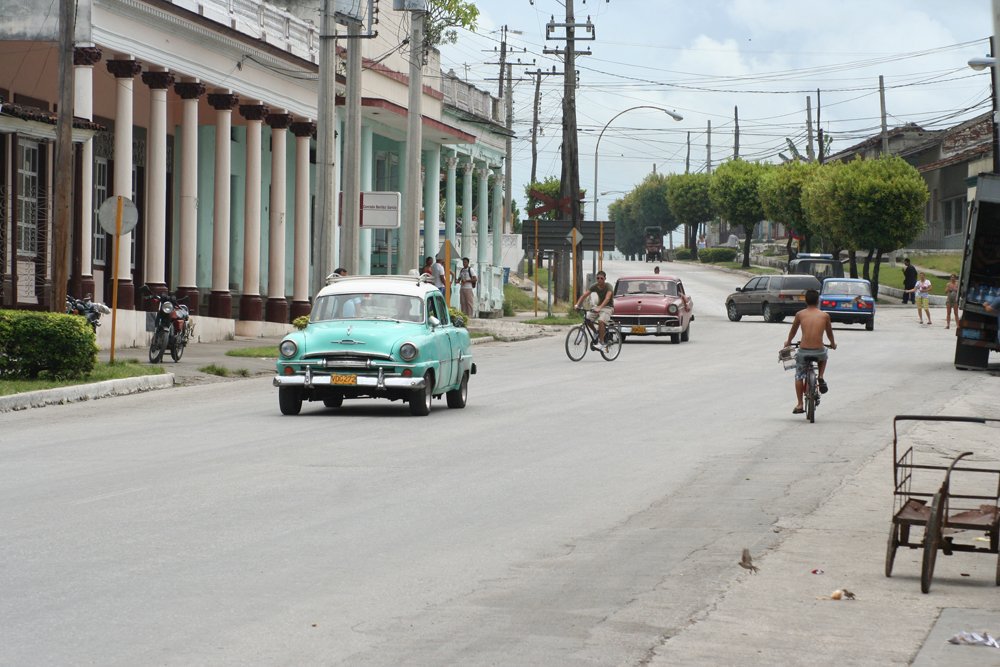 The leader of The Wesleyan Church in Cuba became uncharacteristically emotional after an overview introduction of the JESUS film ministry in a training session.

The leader of The Wesleyan Church in Cuba became uncharacteristically emotional after an overview introduction of the JESUS film ministry in a training session. He said, “We have been praying for two years that God would show us an evangelism tool that we can use in Cuba. Now he has answered our prayer.” We knew without doubt that it was an answer to persistent prayer.

In August 2012, I went to Cuba, along with Marge, my wife, GP missionary Rick West, and a team from Shady Grove Wesleyan Church in Colfax, North Carolina, to train the first Cuban Wesleyan JESUS film team. There were three significant events that took place while we were there.

The first was a youth convention. Since the music disturbed folks in town, the church was allotted a rural area where a “tabernacle” was put up and the music could only disturb the crops. Everybody was happy! (However, we soon moved away from the speakers as far as we could get.) At one of the rallies, the president of the Cuban Wesleyan youth talked about the hardships of the church’s past, but she looks forward to a new day that belongs to a new generation, her generation. At the end of the Sunday morning service, there was a call to service. A majority of the youth present came forward to pray, and the pastors came to pray with them. Even though the church may be struggling to rise and move forward, it is moving, accompanied by energetic praise and worship.

The second event was the work of the survey team that had come from North Carolina to mark off the foundation for a new building in town. There was a moving dedication of the land, accompanied by great joy and praise. A stone was picked as a representative cornerstone for dedication. One of the participants, an older woman who had walked back from town with us, said that she prays she will be able to worship in this new building before she dies. Only a small portion of the total cost has been raised, but the foundation is begun and the land has been secured.

The third event was the training and launching of a new JESUS film team. That had its own miracle that began at General Conference this past June with a spontaneous offering. At the first practice showing of the film, all of the lights went out in the area where we were located. This was unusual for this area, but our JESUS film unit runs on batteries, so we were able to proceed with the showing. The other lights came back on about halfway through the film. A number of people came to the church to watch. This was a tremendous blessing to the pastor and carried many good cultural implications.

Who would have ever believed, even ten years ago, that this day of opportunity would be presented? Maybe those who were praying and holding on through hard times when things looked hopeless. Some of them have gone on before us, and I believe they are rejoicing with us in profound, resounding praise to the Father. Move away from the speakers and let the praise abound and the harvest of a new generation rejoice with abandon!

Dr. John H. Connor is the director of the JESUS Film Partnership with Global Partners. The names of the nationals have been omitted for security reasons.