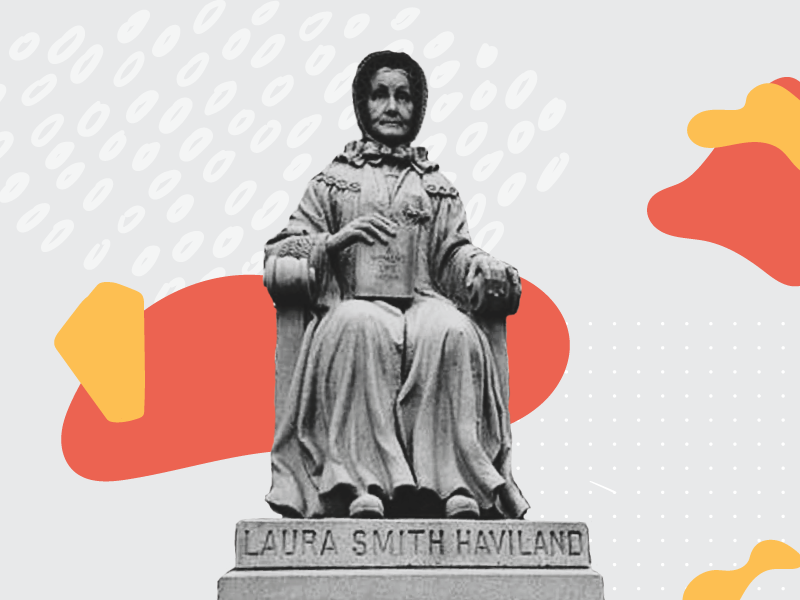 Along with her husband, Laura Smith Haviland established the first station on the Underground Railroad in Adrian, Michigan.

To my knowledge, Laura Smith Haviland is the only woman of The Wesleyan Church to have a statue in her honor.

Along with her husband, Charles, she established the first station on the Underground Railroad in Adrian, Michigan. She brought in orphans from the county to join her four children as she taught them. As a result, she established the Raisin Institute, which was open to all regardless of race, sex or creed. When she was 36, erysipelas took her husband, father, mother, sister and baby. She found herself a widow with seven children.

She pressed on, taking over her husband’s business and intensifying her efforts in anti-slavery. At one point, the anger from slave holders was so great, a price of $3,000 was placed on her head — dead or alive.

When the Civil War began, she secured a recommendation from the governor and traveled down the Mississippi to minister to wounded soldiers and those formerly enslaved.

She then went to Kansas to minister to hordes of refugees. Here she founded an educational institution for refugees, seeking and receiving financial support from Congress for the work as well as a mission in Kansas City known as “Hell’s Half Acre.” In her honor, Kansas later named a town, Haviland, in her honor.

This life-sized statue is in the city of Adrian, Michigan, in front of City Hall. The inscription reads “I was thirsty, and you gave me drink.”