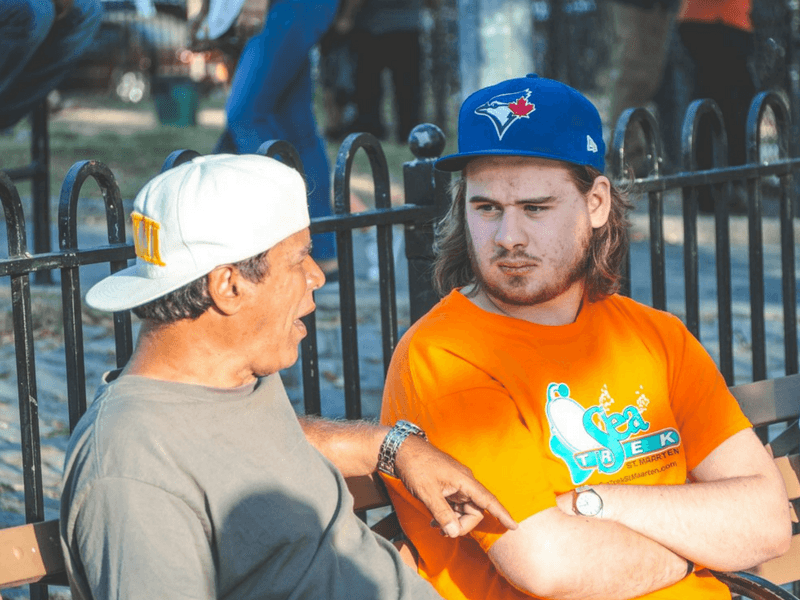 Nathan Trouten tells an amazing story of God's healing that he witnessed while in NYC.

Each year, Kingswood University sends out a group of students from their Evangelism and Compassion program, who minister in the nitty-gritty places of New York City. God often uses them in mighty ways to reach people for him.

Nathan Trouten, B.A. in Ministry (Pastoral Ministry) and A.A. in Evangelism & Compassion Ministry, experienced a profound work of God in his own life, while also ministering to three other people in NYC.

In November 2016, Nathan broke his leg during a lacrosse practice. Since that time he has had considerable pain in his leg and assumed he would always struggle with it. The night before leaving for NYC, his fellow team members prayed that the pain would leave him and miraculously it did.

The first night in NYC, Nathan and his team were ministering at Anchor House, a rehab center. Nathan noticed a man limping and said to him, “Can I pray for your leg after the chapel service?” The man readily agreed. During the service, Nathan shared his testimony of how God healed his leg. He then felt an urge to call the man up to pray for his ankle. The man was instantly healed.

Nathan then prayed for a lady who had gout in her ankles. She was healed and started walking around with a huge smile on her face.

“The building of my faith that night was amazing,” said Nathan. “I realized that my words didn’t matter. It was God using me and giving me the words to say.”

Another day while ministering to people on what’s known as the NYC Relief Bus, Nathan had an opportunity to pray for a lady limping up the bus steps to get her free socks and hiking gear. Just as she was about to leave, he asked her, “I noticed you were limping. How did you hurt your leg?” She responded that she broke it, but it never healed properly. Nathan said, “Hey, do you want to hear a crazy story?” He then told her his own story of healing.

He then knelt down and prayed for her. He asked her if she felt any different. She didn’t say a word, but he watched as she walked down the first bus step and then jumped down the next three. She then walked back and forth in front of the bus for about 15 minutes, without a limp.

Nathan was very skeptical of God’s healing power before this point. He admits, “I’d never seen healing happen before, and if I knew of an incident, I would prove it away by science. There were always physical explanations. But because it happened in my own life, I couldn’t deny it. Plus, none of those healings that happened in NYC could’ve happened without God’s miraculous power.”

These kinds of stories are happening amongst Kingswood’s students. God is working in incredible ways in these students, and he is being made famous.