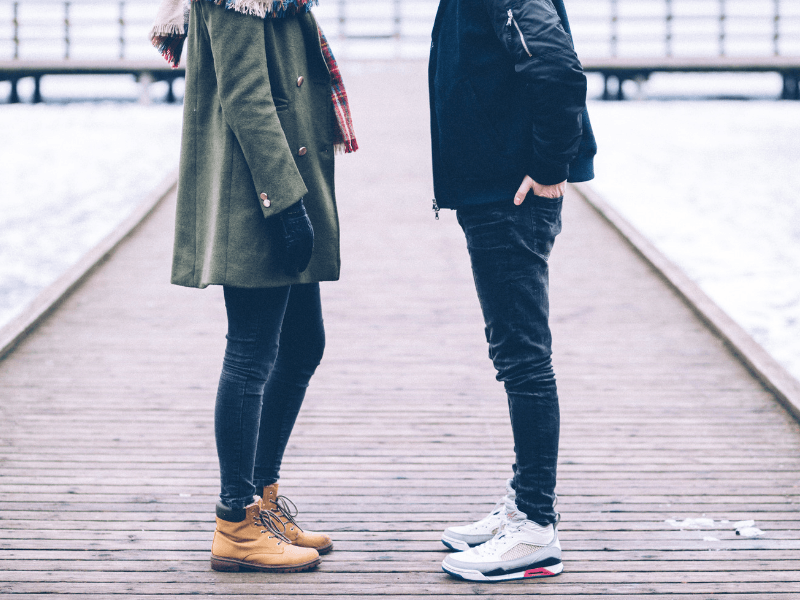 Mentoring across the gender gap for the sake of mission

My friend's ministry effectiveness, and the thousands of people that were reached, hinged on the willingness of a man to mentor a woman.

I have a friend who, somewhat unexpectedly, found herself as the senior pastor of a large, growing church. During her first year, having never been a lead pastor before, she knew she needed help navigating the exciting (and sometimes not so exciting) challenges of senior leadership.

She looked around her small denomination and realized there were no women pastoring a church similar to hers in size and scope. So she asked the pastors who had navigated this territory before, seeking mentorship from some of the men inside her denomination. Not having any luck, she started asking men outside of her denomination. It took her twenty asks before one of these men said “yes” and agreed to meet with her. Despite the fact that he came from a different theological tradition and held a different perspective on women in pastoral leadership, he still set up a time to meet for coffee.

She prepared good questions to ask, she drove 45 minutes to his neck of the woods, she showed up with a notebook and a pen, and she showed up hungry to learn. At the end of that one-hour conversation, he offered to meet with her monthly for the next year, and this pastor mentored my friend through a season of explosive growth at her church.

Her ministry effectiveness, and the thousands of people that were reached, hinged on the willingness of a man to mentor a woman.

Advancing the kingdom requires humble partnership. We must consider the strategic role of mentoring in the preparation of leaders.

Do you remember Jesus’ conversation with the woman at the well in John 4? Jesus took a huge personal risk mentoring this Samaritan woman. His own disciples looked at him with raised eyebrows.

Beth has pastored for 20 years, but she still remembers the local diner full of district pastors that her boss dragged her to. She was twenty-three years old and an administrative assistant at the church, but the pastor, Tom, insisted she attend, sit next to him, and contribute. At that long table full of men at least ten years older than her, Beth remembers the raised eyebrows and the awkward handshakes.

In this small way and thousands like them, Tom mentored Beth. And not just Beth, but others too. Because Tom was humble enough to share his clout and slowly reshape a culture.

When you mentor someone, you are sharing your influence, position, power and clout. This is easier when we receive high fives and backslaps for our investment. It is a sacrifice that requires some measure of humility when it goes against cultural norms. But do not mistake it for charity. Humble mentoring across the gender gap will grow everyone. It will make all of us more effective.

Mentoring across the gender gap is also simple supply and demand. Had my friend limited her search for a mentor to only one gender, she would have significantly limited the pool of potential mentors. And she would have found that this limited pool was already mentored out. Women in positions of significant spiritual authority and leadership in the church have many more requests for mentoring than their male counterparts. Because there are fewer women in these leadership positions, they often find themselves inundated with requests for mentoring.

A good male mentor will spend time with all the people who report to him. He will dole out advice, lead by example, encourage networking, and demonstrate how to handle difficulties when they arise. And women, without close proximity to good leadership, are handicapped.

More than leading by example, however, a good mentor will go a step further and lend legitimacy to a person, help navigate the political nuances of leadership, point out the pitfalls and landmines, offer best practices, serve as a reference and buffer an individual from subtle and not-so-subtle discrimination.

Studies show that women are often on the edges of networking relationships where so much “learning the ropes” about how to succeed is soaked up and internalized. A mentor can compensate for much of that.

But mentoring, if it is done the right way, will require sacrifice.

A WORD TO THE WOMEN: Don’t wait for your mentor to come riding in on a white horse. If you’re hungry to build the kingdom, then ask someone. You might have to ask 20 people, but it’s worth going after the leader who is already doing the thing God has given you a desire to do.

A WORD TO THE MEN: No one is asking you to be a woman’s accountability partner. And it’s unlikely that the women around you want to be your confidante. This is about building vocational capacity for ministry effectiveness. Unfortunately, outsourcing that to gender-specific programs will not do it. We need men and women partnered together to bridge the gap.