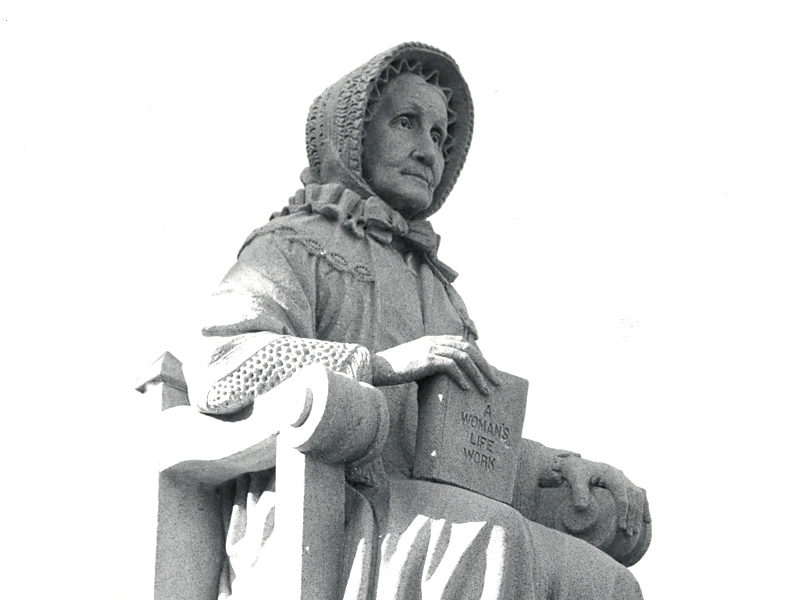 One unlikely heroine of the Underground Railroad was Laura Smith Haviland.

Little February, the smallest of months, boasts loudly of its holidays — Valentine’s Day and Presidents’ Day. It is also African American History Month.

The Wesleyan Church was formed in 1968 with the merger of two historic denominations. One of them — the Wesleyan Methodist Church — has a long history of anti-slavery activity, including involvement in the Underground Railroad, a “clandestine, informal organization of escape routes and hideaway locations for runaway slaves fleeing from slave states in the south.”

One unlikely heroine of the Underground Railroad was Laura Smith Haviland. She and her husband, Charles, lived in a log cabin, 16 by 18 feet, in Michigan, where she gave birth to eight children. She and Charles established the first station on the Underground Railroad in the state of Michigan. In 1845 she faced the darkest period of her life when, in a six weeks’ period, she lost her husband, her mother, her sister, her father and her baby to erysipelas, a serious bacterial infection.

After her husband’s death, she intensified her involvement in the Underground Railroad. She was so successful in enabling escaped slaves to avoid capture, that the slaves’ owners put a reward of $3,000 on the head of this tiny Wesleyan woman, dead or alive. Undeterred, she worked even harder and made repeated trips to Cincinnati, Ohio and even into Kentucky to assist escaped slaves.

After her death, a life-sized statue of her was erected in front of the city hall in Adrian, Michigan. Above a drinking fountain at her feet are the appropriate words, “I was thirsty and ye gave me drink” (Matthew 25:35 KJV).

And do you know that slavery is not a thing of the past? The trafficking of human beings is one of the fastest growing criminal industries in the world. More people are enslaved today, including sexual exploitation and forced labor, than at any time in history. Thank God for organizations and people who are still working hard to set people free from bondage.