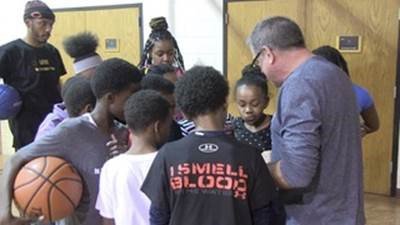 On the day Emmanuel Wesleyan Church publicly shared its new vision, opportunities for multiethnic ministry began to pour in.

While our congregation worshipped inside, some of their cars were broken into in the parking lot. Following the service, they returned to their cars to find the damage and discover that items had been stolen. The neighborhood was changing and our congregation didn’t feel safe at church anymore, so the decision was made to relocate to a “better” part of town. That was nearly 50 years ago during the “white flight” of the late 1960’s.

Emmanuel Wesleyan Church (EWC) in Roanoke, Va., has been located on the corner of Hershberger and Florist for the last 48 years. When they called me to be their pastor in 2011, I was told that EWC had once been the “flagship” of our district but that ship had long since sailed. Our church was in decline and struggling to find our identity in a rapidly changing neighborhood.

Our Anglo congregation had become an island of white in a colorful sea of increasingly diverse cultures. Bhutanese refugees from Napal, Hispanics from Guatemala, Honduras, and Mexico, and African Americans from “the hood” were flooding into our neighborhood. Nearly 60 percent of the students at the local high school that my son attended are African Americans and another 7 percent are Hispanic. It became clear our church had two options: either pull up stakes and move further out into the suburbs, or become intentional about reaching our changing community for Christ.

Two and a half years ago I heard Mark DeYmaz speak at the Exponential Conference about his experience planting a multiethnic church in Little Rock, Arkansas. More importantly, I heard God speak to me through Mark about reaching our growing multiethnic community for Christ. My first thoughts were, “God I don’t know the first thing about becoming a multiethnic church! You’re talking to the guy who flunked Spanish in high school!”

Nevertheless, we decided that God had placed us in our community for “such a time as this.” As we embraced our new adventure “God things” began happening. The very day I went public with our vision for becoming a healthy multiethnic church God led a Hispanic couple, Moises (Moy) and Lisa, to EWC. Later, they told me that they stayed because of our vision. They quickly became regular attenders and we were thrilled to have our first Hispanic family. We didn’t know at the time how significant they would be. Moy is a successful business man and owns a small chain of restaurants, which have been voted as the best Mexican food in Virginia. He is an influential leader in our Hispanic community. Since he and Lisa joined our church, several of his employees and their families have begun attending EWC. Lisa now works as EWC’s office manager.

In August 2015, the director of adult education at Roanoke City Public Schools asked if she could use our facility for English as a Second Language (ESL) classes. We enthusiastically agreed and are now in the second year of hosting classes with over 50 students from 20 different countries attending. Another “God thing” happened when Naomi recruited my wife, Annie, to be an ESL teacher. Last Sunday, one of Annie’s students and her family showed up at EWC for the first time. After the service, she told Annie in broken English that it was her first time ever in a church and she loved it! Her two girls were begging to come back as they headed out the door.

A third “God thing” happened when Coach Allen, a volunteer basketball coach for an inner city youth league, asked if he could rent our gym for practices. I told him that we wouldn’t rent it to him because we would love for his team to use it free of charge. We have slowly built trust with Allen and recently he invited our family life pastor, Art Good, to share a five-minute devotional with his team at every practice. Last week, Allen asked Pastor Art if he could meet with him about some personal things going on in his life. Pastor Art was privileged to pray with him and he invited Jesus into his life. Coach Allen and his wife have recently visited our church and we have begun brainstorming with him ways to get the students on his team involved in our youth ministry.

In October, EWC opened our denomination’s tenth Immigration Connection Center. We have consulted with 60 families and have been able to help 11 families begin the process of gaining legal status.

Recently, one of our board members wanted to know how this multiethnic ministry thing was going to work. “What exactly is our plan?” he asked. I didn’t know how to answer because I honestly felt like I was in way over my head. Then I remembered one of the main points that Mark DeYmaz wrote about in his, Book Building a Healthy Multiethnic Church. The multiethnic church is a different kind of church. Only men and women of great faith, individuals who fully abandon themselves to the will of God can build it by trusting God from day to day. The multiethnic church is a work of the Holy Spirit and of faith that cannot otherwise be attained through human means or methods. In other words, it’s a God thing, and we at EWC are grateful and blessed to be a part of it. 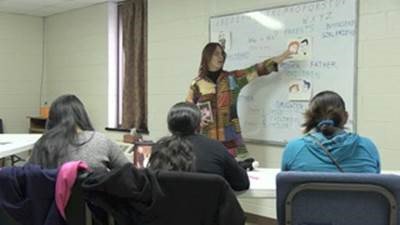 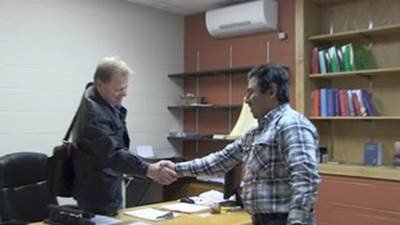 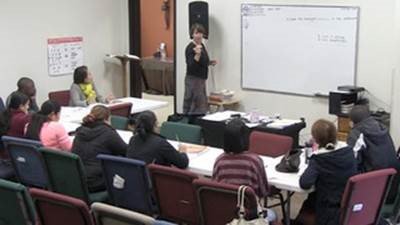 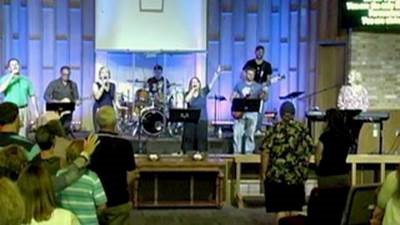 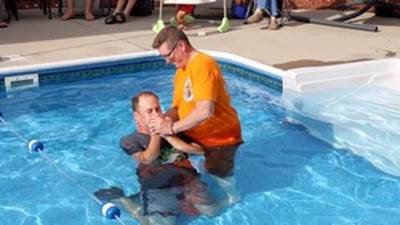