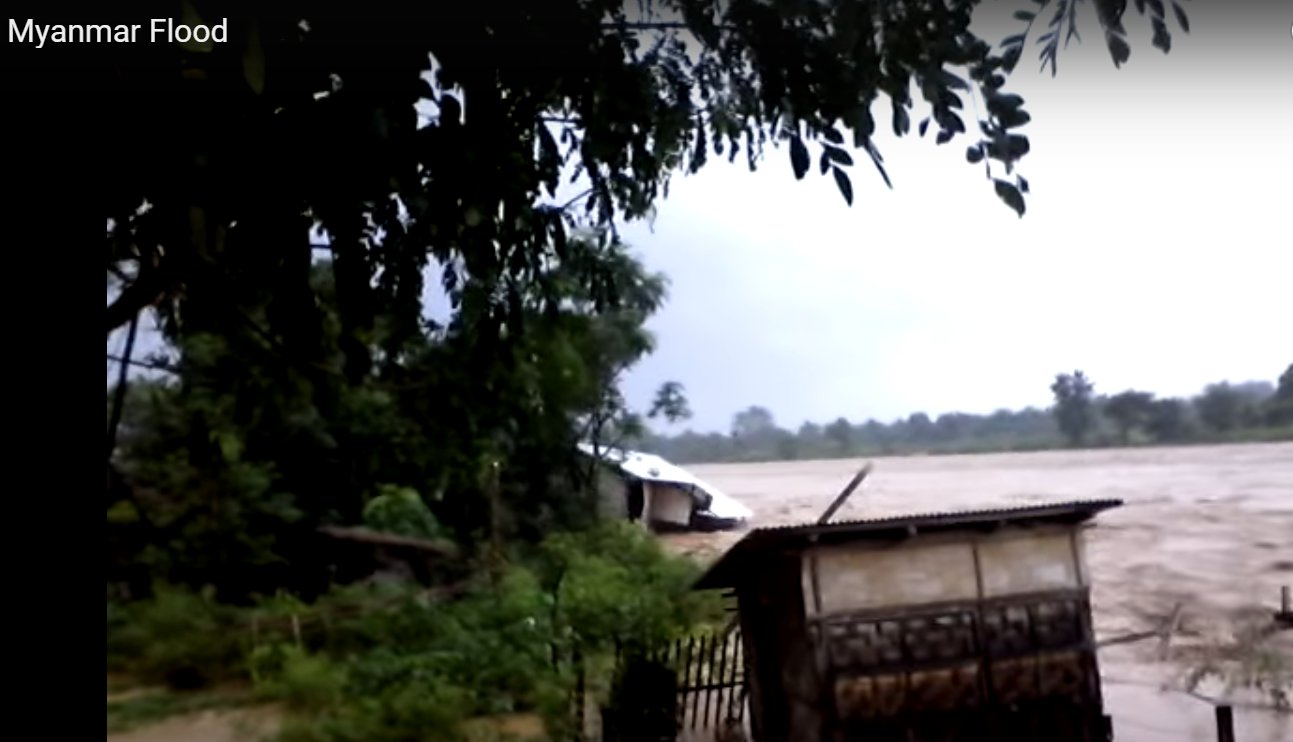 The river pictured in northwest Myanmar (formerly Burma) is ordinarily only a couple hundred feet across. It swelled to over half a mile and more in places and is only one symptom of nationwide flooding, including massive mudslides that have destroyed whole towns.

In Myanmar, the terrible flooding is causing widespread misery. Twelve out of fourteen states are affected, but the government has declared three areas to be disaster zones, according to media reports. Over one million people are critically affected, by government estimates, which, historically, are conservative.

One of the main three disaster areas is Chin State, a Wesleyan area. Over three quarters of the Wesleyan churches are directly affected. Early reports include death tolls, but so many areas have not been heard from, it is feared the worst is yet to come.

Among the hardest hit was our headquarters area in Tahan-Kalemyo, says Dr. Romy Caringal, Asia Area Director for Global Partners. It is 2½ hours flight northwest of the capital of Yangon, in one of the more remote and least developed areas of the country. The Myanmar Wesleyan national secretary reported homes of church members completely washed away and members reportedly lost by drowning, but with bridges destroyed and most roads impassable, there is little news yet from most areas.

Bethany Wesleyan medical clinic has already been reaching out to care for and help those in need nearby. Church leaders have shared from their modest resources to help provide food and water for desperate families in the communities where Wesleyan churches serve.

General Superintendent Jo Anne Lyon has authorized the Wesleyan Emergency Relief Fund to launch an appeal for prayer and financial support for the Wesleyan churches and families in the flood stricken disaster zone in the country of Myanmar.

With 55 churches and 10,000 members, Wesleyan church families have been massively hit by the flooding resulting from weeks of extraordinary monsoon rains. Considered the worst flooding the country has seen in decades, we know we have churches destroyed and badly damaged, with 75% of them directly affected in the worst areas.

Please pray for these families and church leaders as they struggle to survive and in turn, reach out to serve others. One hundred percent of gifts donated to the Wesleyan Emergency Relief Fund for Myanmar will be used in direct relief work in country to help with food, water, medical supplies, shelter, and rebuilding support.

Executive Director of Communications Wayne MacBeth noted that “Despite the many disasters that have occurred this past 12 months (Ebola, Mozambique floods, Nepal earthquake), many individuals and churches have responded again and again to give what they are able in a wonderful spirit of generosity and with a servant’s heart.”

The black area points to the town of Tahan-Kalemyo, the headquarters of the Wesleyan Church in Myanmar, and most of the churches are in that area. According to this map, it is one of the most flood-stricken areas, with over 25,000 affected in that small area alone.