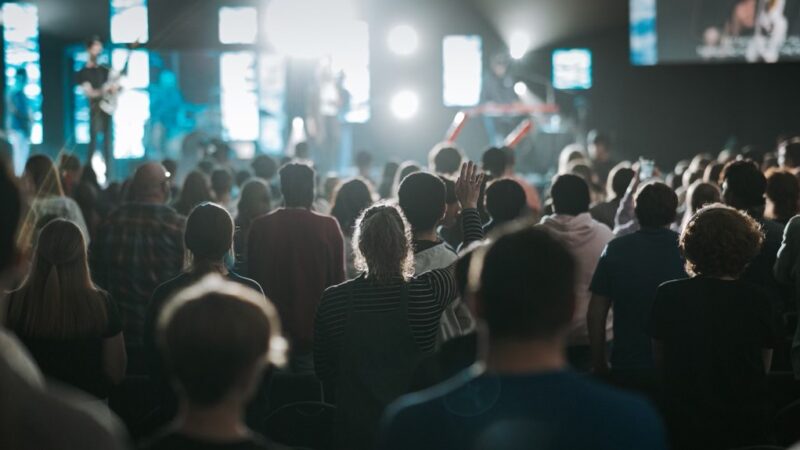 One God, one church, one conference

OneCon has created an ecosystem of churches working together across denominational lines to listen for God in their communities.

For years, Wesleyan churches in Atlantic Canada banded together for a youth conference; but when that gathering reached peak capacity, organizers had to re-imagine a path forward to accommodate a larger gathering. Shortly thereafter, those Wesleyan youth organizers reached out to a few nearby Baptist churches who also facilitated a larger youth rally, asking if they might be interested in partnership for a shared youth convention. They responded with an enthusiastic “Yes!”

As both teams collaborated, they sensed something bigger might be at work: the Spirit’s movement through various denominations, joining together around a central focus to glorify God.

“Our hope was to lay down denominational flags and lift high the name of Jesus,” said Rev. Andy Broad, a pastor at Kings Church — a Wesleyan congregation in Quispamsis, New Brunswick, and one of the event’s organizers. 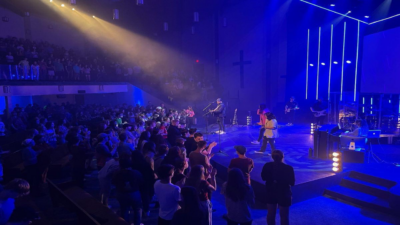 This youth conference started by Atlantic Canada Wesleyans is called “One Conference” or “OneCon,” which launched in 2018 with well over 3,000 students gathering under the tagline “One God, One Church, One Conference.” And that theme has continued to be the focus of the conference every year since.

During the pandemic, OneCon pivoted to an online format; and while the content of the conference remained similar in quality, one of the highlights of the conference — the interdenominational connection — was less natural when facilitated online.

Thus, this year’s conference — held at three locations in Canada on June 4, 2022 — was the first regathering since the onset of the COVID-19 pandemic in 2020.

“The energy was through the roof, expectation was huge; it harkened back to 2018, and that level of energy nobody had experienced,” said Rev. Broad.

The energy emerged not only from the attendees’ enthusiasm about regathering, but mostly from God meeting the gathering in ways even the organizers could not have predicted.

Jason Ballard — a pastor in Atlantic Canada and one of this year’s OneCon speakers — preached on ministering in the power of the Holy Spirit, re-emphasizing the importance of God’s work beyond any church’s human ability to produce results. Later during the conference, as youth and leaders were praying, one student who had struggled for years from shoulder surgery was miraculously healed.

“She had undergone surgeries for years,” Rev. Broad shared. “But something changed, something shifted during this conference,” he continued.

Youth leaders from OneCon continue to follow up with those who prayed at the conference; and those leaders report that the student has had consistent reduction in pain since the prayer time. But other stories are captivating the OneCon team as well, not only stories of individuals, but also of churches.

“One larger-level thing I’ve really savored has been networks of churches that have formed in Atlantic Canada,” said Rev. Broad. “We’re hearing of churches who feel they need to know Pentecostal, Anglican and other churches … we’re leaning into what those local networks look like and how we can bolster and empower that between OneCon gatherings.”

This type of work has encouraged Rev. Broad and other OneCon organizers to seek out ways to collaborate in their own cities, as they work alongside their own local churches and communities.

For more news about how Wesleyans are working as a Kingdom Force in their communities, click here.