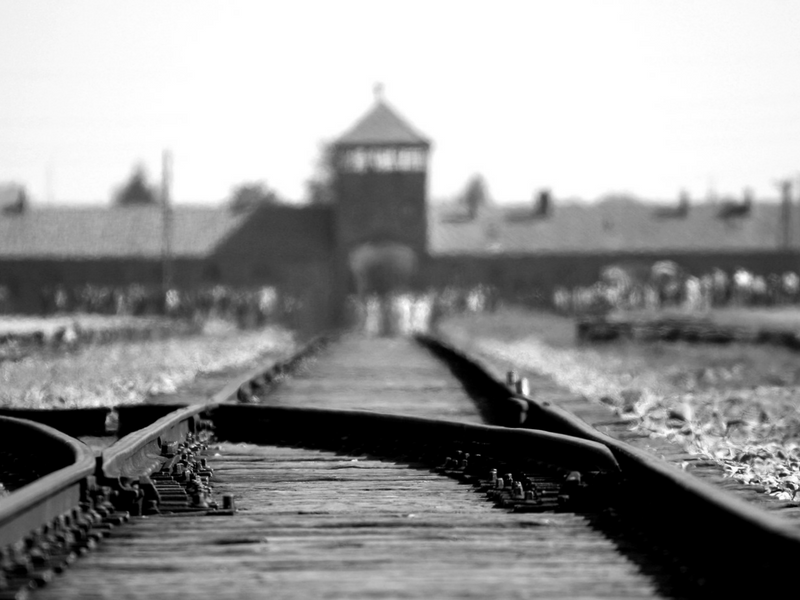 Life is not always a celebration, and pain is deeply real. But God is still present in the midst of extreme pain.

It feels heartless to justify suffering, to try to find a reason behind the “whys” of life when the subjects of abuse and injustice are often the most vulnerable of all.

In January, while living in Poland, I visited former concentration camps, Auschwitz and Birkenau. I’ve always been fascinated by the World War II time period and the “whys” of the Holocaust. As the heels of my boots ground into the gravel by the Birkenau tracks, my soul screamed.

It was a peaceful day–almost silent. Snow blanketed the trees which sparkled in the sunshine. The graveyard of barn-like buildings stretched from horizon to horizon. We were told that only by plane could you see the third of what remained of the Nazi death camp.

I kept thinking that there were buildings at my university that were older than the crematoriums I walked past and into. Somehow I thought both the concentration camps would look old and dead–like the black and white photos.

The buildings, except for those which were burned, were very much preserved. The dormitories at Auschwitz were only about thirty years older than my dormitory at school. There were cases of kitchen utensils and I recognized some as things that my mother kept in our kitchen at home.

I can mourn. Because life is not always celebration. Ecclesiastes 3:1-8 (NIV) provides space for solidarity with our grieving neighbor and our own grieving heart:

“For everything there is a season, and a time for every matter under heaven:

a time to be born, and a time to die;

a time to kill, and a time to heal;

a time to weep, and a time to laugh;

a time to mourn, and a time to dance;

a time to cast away stones, and a time to gather stones together;

a time to embrace, and a time to refrain from embracing;

a time to seek, and a time to lose;

a time to keep, and a time to cast away;

a time to tear, and a time to sew;

a time to keep silence, and a time to speak;

a time to love, and a time to hate;

We serve a God who grieves and also rejoices, who weeps and also laughs, who is just and also merciful. Our job is to love–to love and weep.