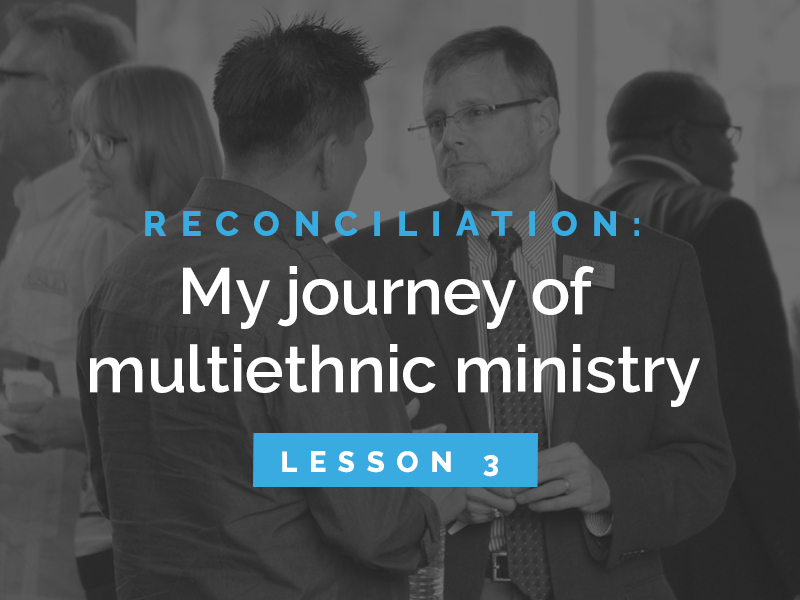 You can have a mess without movement. But you cannot have a movement without mess.

Rev. Nathaniel Moody is the longtime pastoral leader of Brown Hutcherson Ministries, a multicultural church in Grand Rapids, Michigan, where he also owns funeral homes. In his service as a city commissioner and president of the area’s Interdenominational Ministerial Alliance, he has spoken out on social issues and worked in faith-based efforts to fight poverty, support schools and improve police-community relations. He was named the 2020 Giant Among Giants 38th at their annual Giant Awards banquet ceremony celebrating members of the African-American community for their exceptional contributions in shaping the history, culture and quality of life of the Grand Rapids community. During workouts and sauna conversations, as well as his inclusion of me in his church and community activities, he became a trusted friend and valued mentor. His integrity and credibility opened doors of opportunity for many people, including me.

Bishop Tom Benjamin became pastor emeritus of Light of the World Church after pastoring in the city of Indianapolis for 43 years and launched a cooperative initiative between the Tom Benjamin School of Ministry and Wesley Seminary to leverage his lifelong experience to bring seminary education in an intentionally contextualized manner. During lunches and meetings, he spoke prophetically, encouraged generously and partnered graciously to help me better connect with and through Wesley Seminary to serve African American pastors and churches.

Movements are messy, causes get confusing, motives are mixed

You can have a mess without movement. (Some people seem to have the gift of messiness.) But you cannot have a movement without mess. Even if you do things right and do the right things, if it involves people and partnerships, things get complicated and conflict can erupt.

Movements get messy when people hijack them for their own purposes — motivations that are political or even criminal. When people of all ethnicities marched in peaceful protest over the murder of George Floyd, looters who cared nothing for the cause piggybacked on the event to burn and pillage businesses.

The broader culture says movements are fueled by a cause and a competitor, and that competitor can become an enemy. They’re fueled by something you are for and someone you’re against, a combination of vision and villainization.

It should be different for Christ and the Church. Ultimately, we know that we do not wrestle with flesh and blood. We already have an enemy, so we don’t need to make enemies of others, especially each other. (I’ve found social media overall to be better at making enemies than making friends.) We know what we’re to do to our enemies — love them. The Holy Spirit helps us harness power of a just cause, especially when Christ comes first. What is birthed in righteous indignation is translated into advocacy and action.

Labeling, generalizing, stereotyping, thinking one person represents all (e.g. all police are racist, all young black males are criminals, etc.) creates distance and difference. It is easier to label than love.

Causes get bundled and slogans become organizations. If you don’t buy whole bundle you’re viewed as not really being fully enlightened or committed. When Kentwood Community Church (KCC) began its diversity journey, many disqualified us because of our biblical and theological commitment to marriage between a man and a woman. So, our efforts toward racial reconciliation didn’t count. The slogan “black lives matter” captures a powerful truth, but organizations springing from it have added viewpoints on sexuality that collide with our core beliefs within The Wesleyan Church.

When I was serving KCC, Rev. Moody became a mentor to me. He is a leader with convening power – among groups and denominations within the African American community and more broadly. I’m grateful he sensed a desire in me to learn and partner, recognizing it even though that desire was often unrefined and undefined. He trusted me with his networks and gave me insight into partnerships such as “never lead with the money … if you lead with the money, then it will always be about the money. Lead with humility and relationship.”

After moving to Indiana, Bishop Benjamin stepped into my life. We connected because we had something in common — we had both led our local churches over decades and then through intentional succession were followed by younger African-American pastors assuming the lead role. He knew our desire for Wesley Seminary to be multiethnic and was a bridge to the African-American community in Indianapolis and beyond. We worked through the tensions and limitations of partnership and even the division of some groups not wanting to be involved because of loyalty to another bishop.

Causes need a canopy, and movements need a mission. The Wesleyan Church is all about transforming lives, churches and communities through the hope and holiness of Jesus Christ. Many voices were needed for a greater and more enduring impact but with same core message. We may value different emphases (dialogue vs. action) and be gifted in various ways (prophetic vs. pastoral). But together we are a Kingdom Force bringing the transforming presence of Christ to every community. Collectively we are “people of peace with a prophetic voice.”

If you do it right, everybody will be happy, and it won’t get messy. Don’t believe this lie. Humbly seek deeper motives.