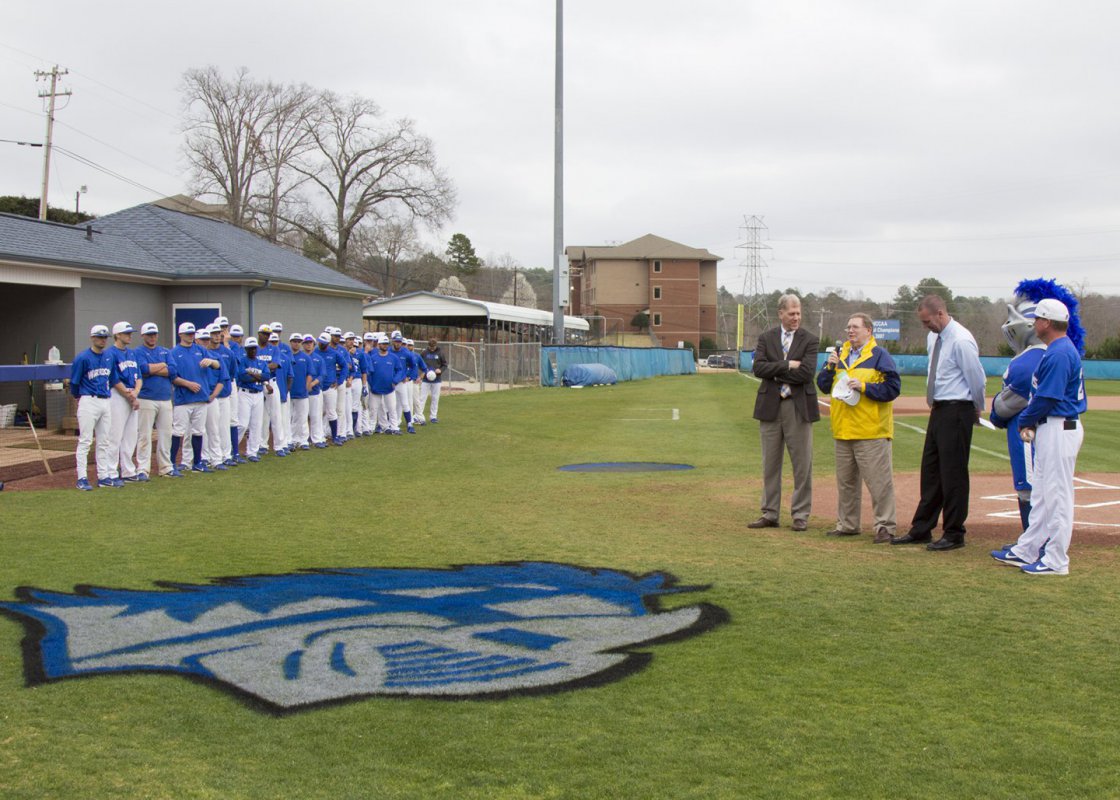 The Southern Wesleyan University baseball team has come a long way from its early days of practicing and playing on a dusty little baseball diamond a few miles away from the Central, S.C., campus.

In 1985, the team, coached by Dr. Walt Sinnamon, began practicing and playing on Old Stone Church Field in nearby Pendleton, then competed for a while at the D.W. Daniel High School baseball facility. In 1991, a new baseball field took shape as hilly terrain along Simms School Road was leveled for the Dr. C. Keith Connor Field, named for the university’s first athletic director. In 2006, the field morphed into a stadium with the completion of new bleachers capped by a new structure containing deluxe climate-controlled box seating, a press box, concession stand, and restrooms.

Sinnamon, who continues to serve as dean for Southern Wesleyan’s College of Arts and Sciences, and his wife, Carol, retired director of counseling and health services at the university, made a generous donation toward the clubhouse in memory of his parents, who instilled in him a love for baseball and other sports.

“I was fortunate to grow up in a Christian family. Next to that, academics were very important. My dad was really into various types of sports. That became a really important part of my life,” Sinnamon said. He recalled how his parents, who lived in the Philadelphia area, were avid Phillies fans, and that his mother remained a big baseball fan after moving to South Carolina to be with Walt and Carol. She would watch her son coach the Warriors at home and even travel on the van with them to some away games.

“I think about the ministry of the program and the impact it has on those students from this point on through graduation, what they learn from character development and teamwork and the sense of what this place is about and how it gets involved in their lives, and it becomes who they are,” Voss said.

Southern Wesleyan’s current baseball coach, Mike Gillespie, played under Sinnamon’s coaching when he was a member of the Warriors baseball team.

“It’s really a great honor for us to have alums come back and be able to walk them through the clubhouse, because they used to walk through a white metal building with no heat, no air and holes through the roof,” Gillespie said. “We sincerely appreciate what we have now.”

Gillespie added that, in addition to benefiting current and future students, the Parker-Sinnamon Baseball Clubhouse will have a positive impact on recruiting future Warriors.