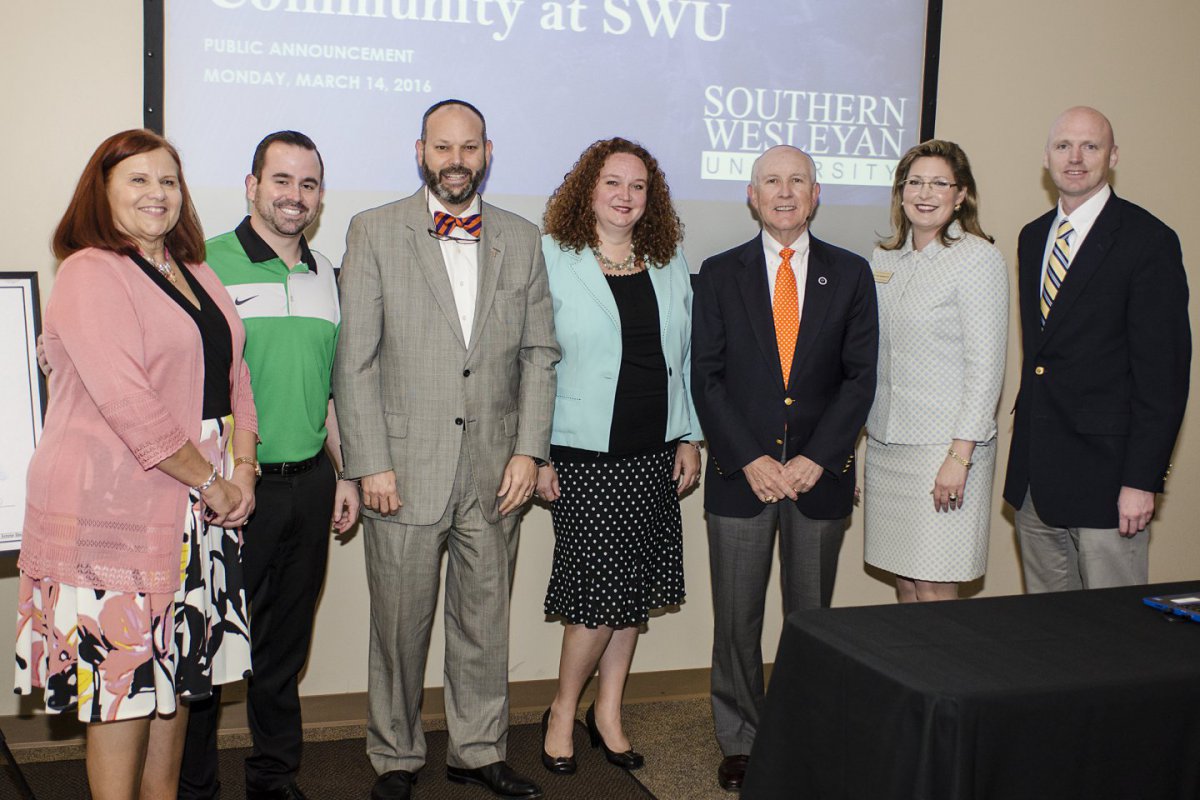 Southern Wesleyan University announced its plans to develop a unique housing community for residents with special needs and disabilities, a project praised by various local and state officials.

On March 14, Southern Wesleyan University announced the development of the initial phase of a unique special needs housing community representing a new type of living/learning community that will prepare its residents with special needs and disabilities for more independent lives.

Included in the Phase I project design is one four-bedroom unit, seven two-bedroom units, two one-bedroom units, staff facilities, and common space. Also included will be a one-quarter mile walking trail and a covered van drop-off. Completion is expected by August 2017.

“With March being Disabilities and Special Needs Awareness Month, we thought this was an ideal time to make this announcement,” Voss said. “These apartments will house special needs friends along with Southern Wesleyan University students to serve as mentors in the process of preparing our friends for independent living and work.”

Elaine Thena, executive director of Pickens County Board of Disabilities and Special Needs, said that the special needs housing community will offer “all kinds of unique opportunities” for people with special needs and disabilities, including access to Catbus (Clemson Area Transit), providing a means to go shopping, to the movies, and other places without having to rely on someone else to take them there.

Thena characterized the initiative as a unique opportunity unlike any other known in the nation.

Dr. Lisa McWherter, Southern Wesleyan’s vice president for advancement, outlined the architectural site and structural floor plan renderings for the first of three phases of the community as well as the many benefits its residents will realize by being integrated into the SWU community.

In addition to being paired with a SWU student mentor, additional opportunities McWherter outlined include dining in the dining commons and university coffee shop, utilizing university athletic facilities, attending athletic and fine arts events, working on or off campus thanks to Catbus access, enjoying student and community activities like homecoming and area festivals, and becoming a part of music and performance groups.

Dr. Beverly A. Buscemi, executive director of the South Carolina Board of Disabilities and Special Needs, called this project “a major next step” toward serving the special needs community in a more integrated way.

Recognizing retired T.L. Hanna Coach Harold Jones and James “Radio” Kennedy, who were present for the announcement and whose story became a major motion picture, White gave an example of the coach’s forward thinking decades ago. Another example White gave is how Walgreens took a gamble to employ people with disabilities when they developed a distribution center in Anderson County.

Almost 200 people were present for the public announcement that was hosted by SWU’s advancement office.