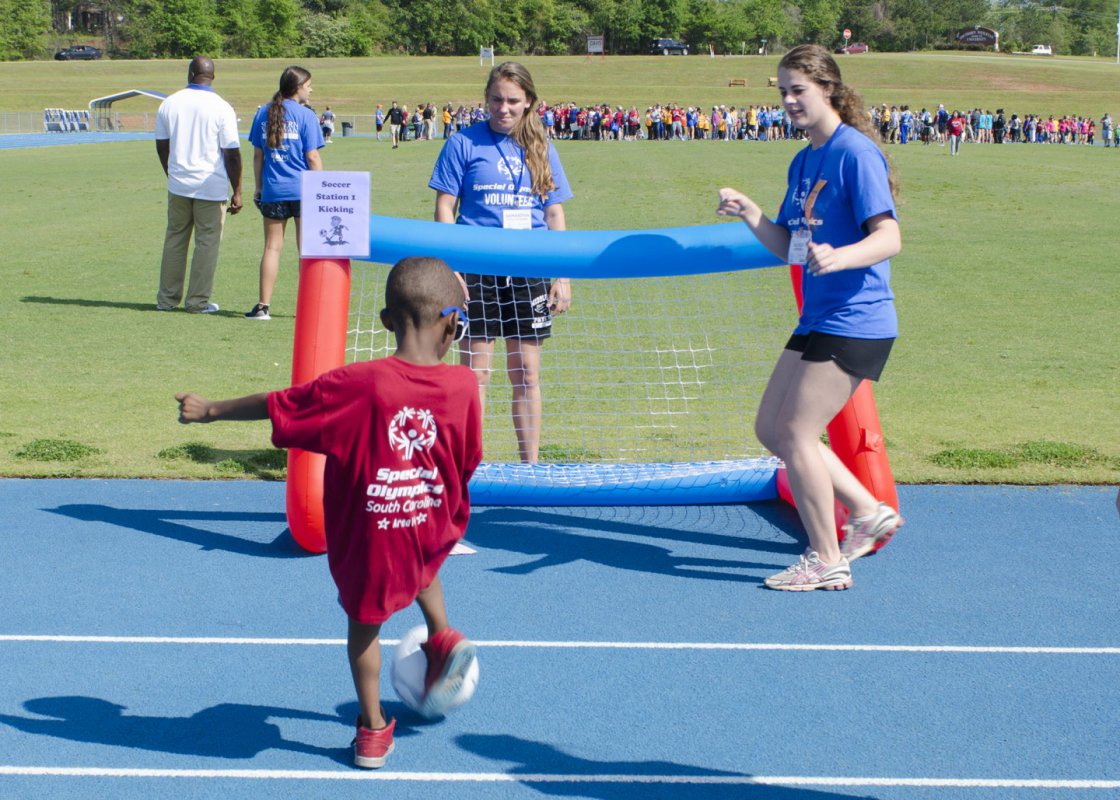 “This is a day of fun and competition for athletes to come out and enjoy being around other athletes from all over Anderson County,” said Kathy Schofield, volunteer area director of the Area 14 Special Olympics. Schofield noted that more than 490 participants were registered and added that Anderson County offers a variety of sports training and competition throughout the year for children and adults with intellectual disabilities. Also, athletes get an opportunity to compete at the state level.

This is the second time Southern Wesleyan hosted the games at Central as part of a continuing relationship the university hopes will demonstrate a contagious generosity toward all members of its surrounding community.

“This campus is your campus. We’re looking forward to a long-term relationship. Come back every year and let’s make this bigger and bigger,” Voss said.

For the athletes, ranging from young children to adults, this was “their day,” as they enjoyed races, softball tosses, long jumps and many other activities while being cheered on by family, friends and volunteers.

Area first responders, including local law enforcement, emergency services personnel and firefighters, were also on hand as volunteers, as well as to greet the athletes and cheer them on. Also on hand were representatives of various Anderson area community organizations.

The volunteers got as much joy out of the activities as the athletes they accompanied, and experienced a type of inventive learning beyond the scope of a textbook. Madelyn Crawford, a human services major from Six Mile, started volunteering with Special Olympics as a high school student, and served as a volunteer for Area 14 Special Olympics.

“It’s really something amazing just to see them smile and have a good time. It makes my heart really full,” Crawford said. 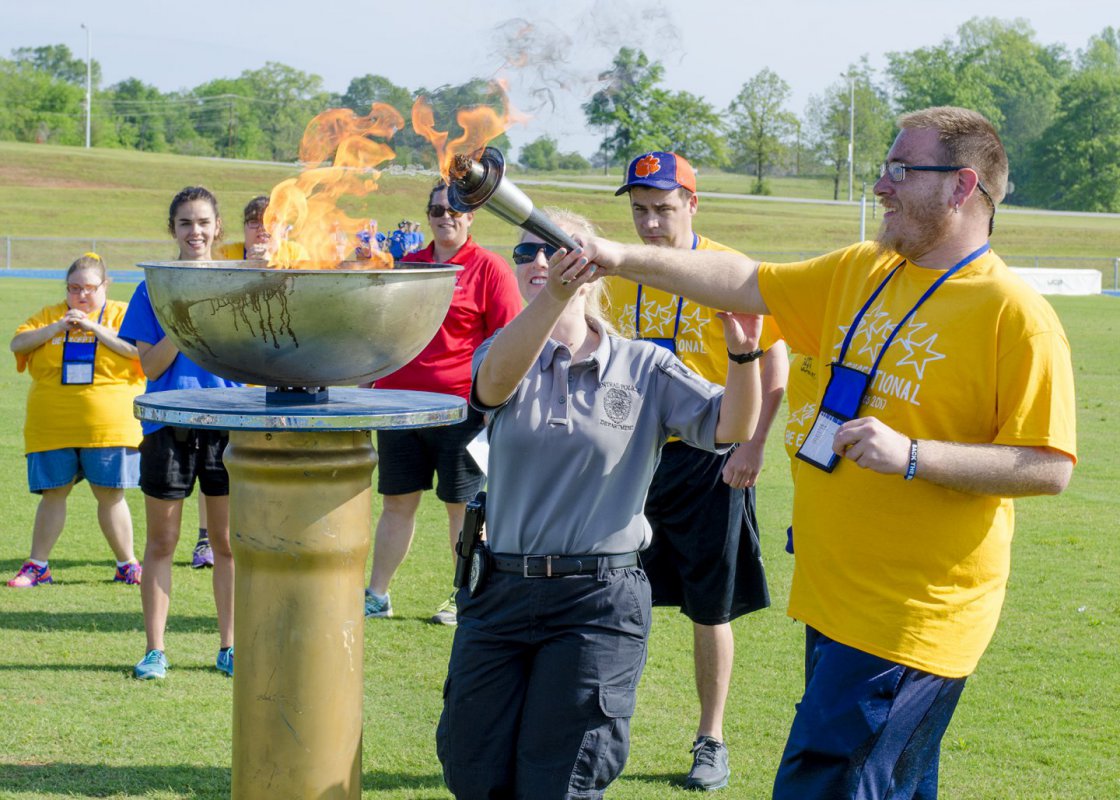 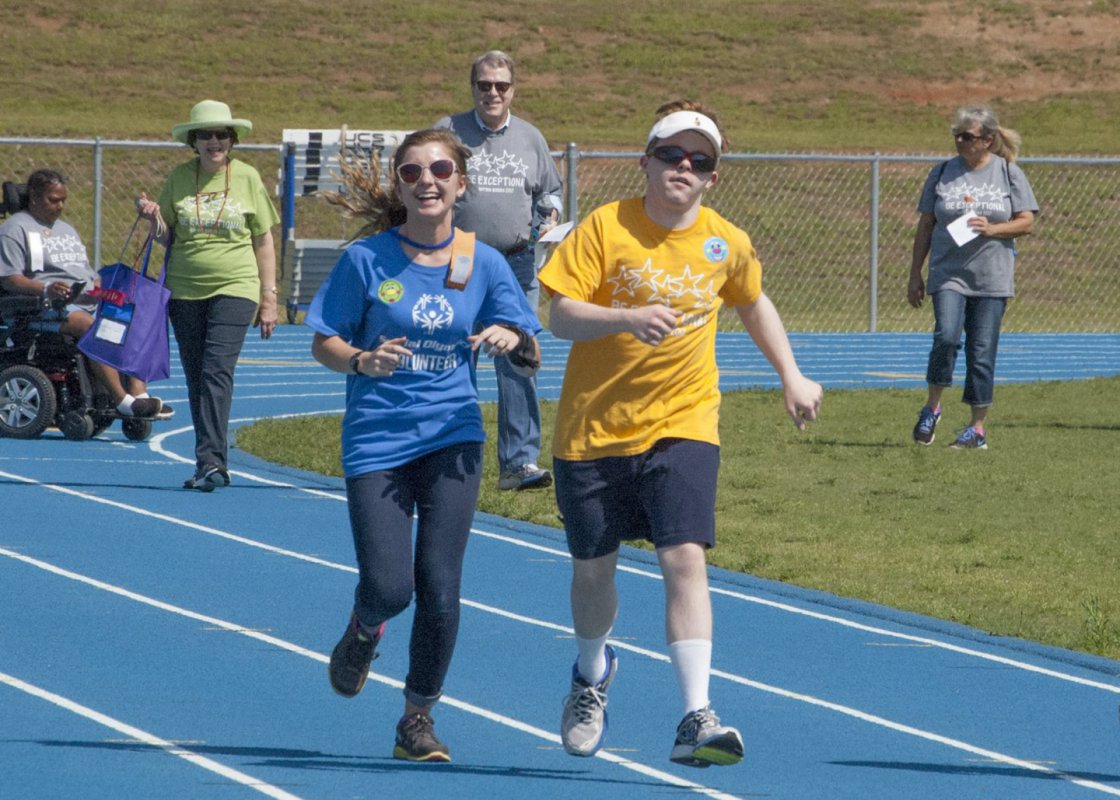 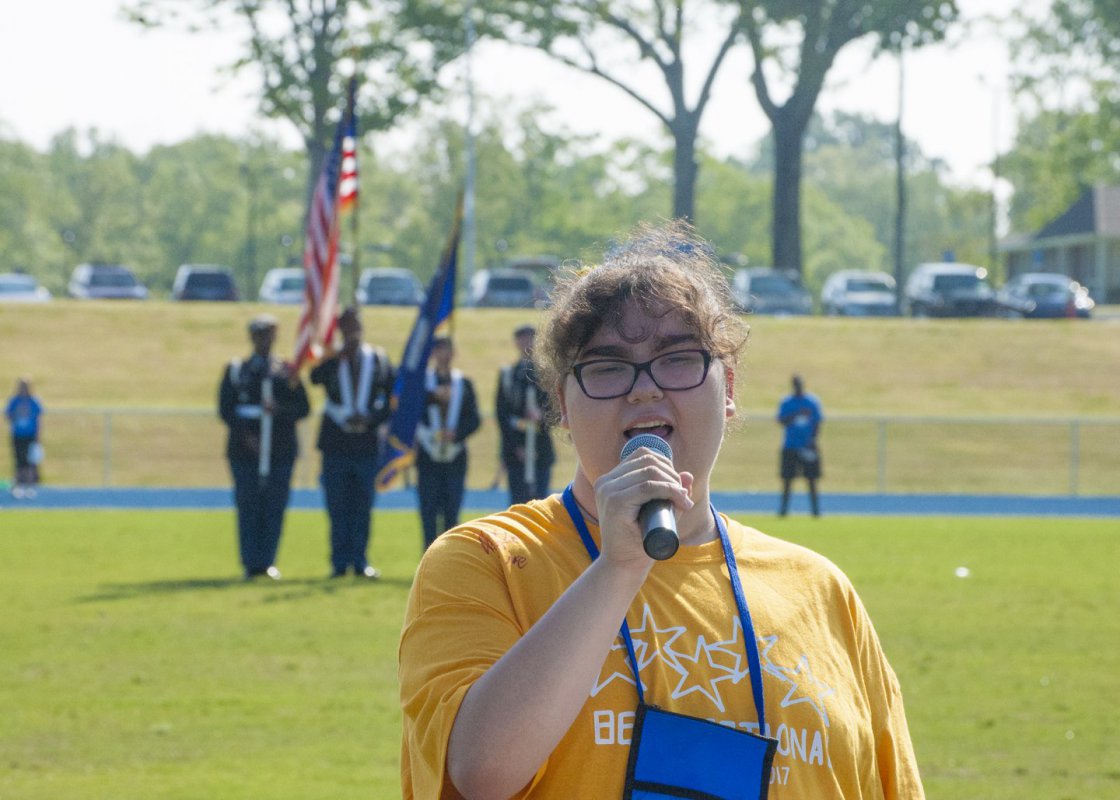 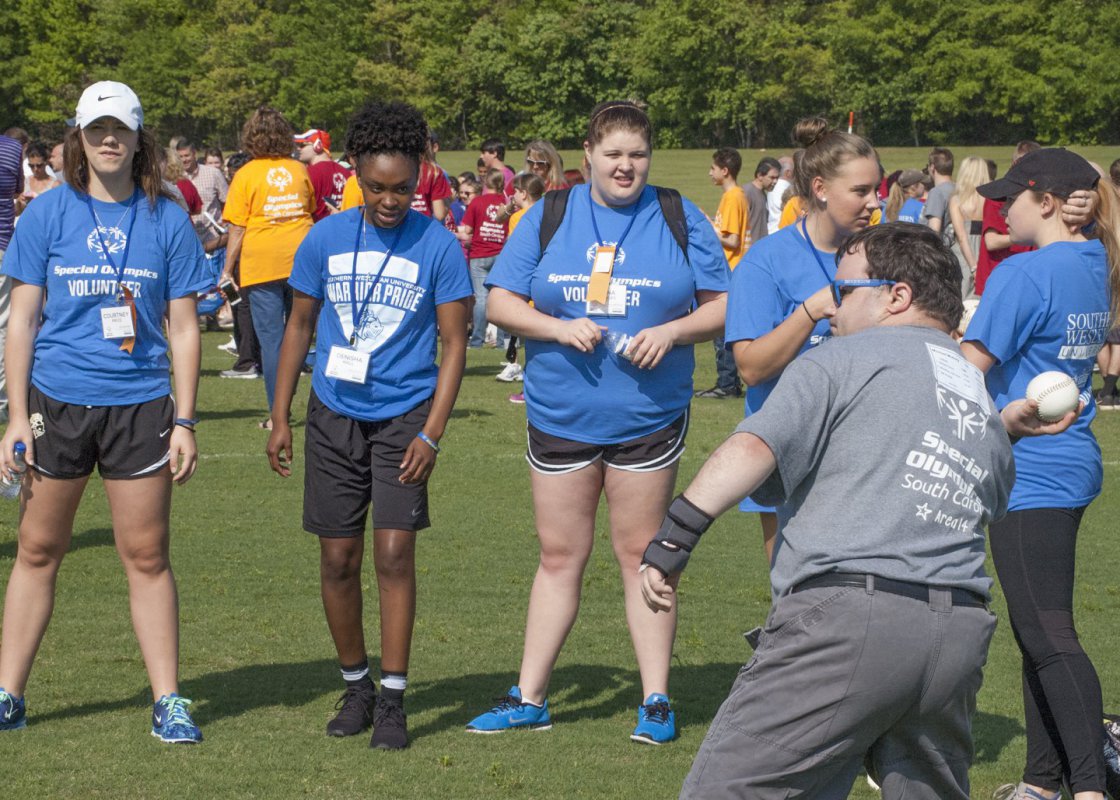