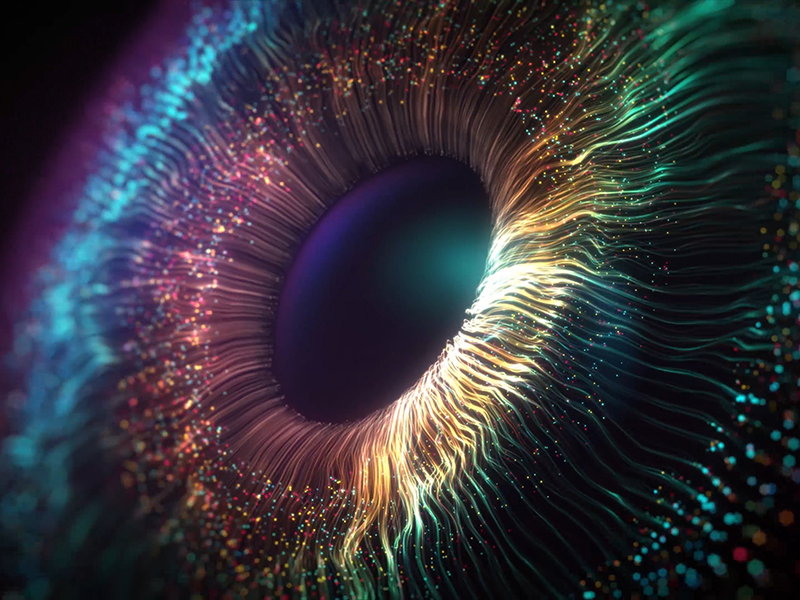 I have read or quoted Isaiah 41:10 many times. One day, these words hit me afresh after my health scare.

It was a very pleasant spring day in May 2020. Without warning, I noticed a change in my eyesight. The peripheral vision in my right eye had disappeared. No pain. No trauma. No physical discomfort. But my field of vision was restricted. A significant blind spot was now a new and troubling reality.

“It will clear up; just give it a little time,” was my repeated response to my wife as she urged me to go to the emergency department of our nearby hospital. A few hours later, our son dropped in and joined his mother’s, “You need to go to the ER; stop being so stubborn!” campaign.

They won. I went.

It’s a shocking word — stroke. The neurologist, after tests and a scan, looked at me and said, “Sir, you have had a stroke.” She showed me the scan results and there it was — a blood clot in my occipital lobe.

“What next?” I wondered. Family members had died from these things. One long-time family doctor had remarked that our family had “rotten veins” — not a very cheery thought. Truth is not always cheery.

Thankfully, I experienced none of the outcomes so common with stroke victims, but my vision was affected. Will it get worse? Is it progressive? Could I go blind? Can I still drive? What next?

After returning home, I went to my life verse to draw strength from its very familiar words. Many, many times I had read or quoted Isaiah 41:10 from a variety of versions. “Don’t be afraid, for I am with you. Don’t be discouraged for I am your God. I will strengthen you and help you. I will hold you with my victorious right hand” (NLT).

I read on. Three verses later, the Word spoke with focused clarity. I had rarely been so personally and profoundly impacted by a verse that so deeply applied to me in a difficult and unsettling moment. The last section of verse 13 hit me with such force; like letters being sand blasted into a granite monument: “DON’T BE AFRAID. I AM HERE TO HELP YOU” (emphasis mine).

I read it again. A tear in my eye. Not being dramatic, but I was deeply moved by seeing a verse that had always been there. There was nothing new here except for the bright light shining into my heart growing out of my present reality.

Many people have had similar and more powerful experiences. Scripture does speak with power and impact. There is a danger, even a tendency, to miss the power of Scripture impact.

It was Martin Luther King, Jr., who famously said, “In the end, we will remember not the words of our enemies but the silence of our friends.” In church culture, that sometimes suggests that the service order is too full to include Scripture. In our general culture, that increasingly evidences declining respect for and acceptance of the core teachings of the Bible, there can be a subtle shift away from the Word and relying more on the scientific, the politically correct and the “common sense” discussion.

In the process, dust builds up on the Bible as unintended neglect takes hold. We love the Bible. We believe it. We defend it. We may not, however, spend much time and focused study on it. Scripture impact is lost or diminished.

There are those who are not at all in the unintended neglect category. They sometimes tend to adopt unintended misapplication leading to a “Double L” overlay, over simplistically described as legalism that condemns everything or liberalism that condemns nothing. One edge tends to measure holiness by exterior conformity. The other edge tends to measure relevance by acceptance of culture’s whims. Both edges may well be sincere, but sincerity is not always a virtue and Scripture impact is lost or diminished.

We have heard of defending the King James Version (KJV) with an “If it was good enough for Paul then it’s good enough for me” attitude. Back in the day, there was a radio preacher in our neck of the woods whose constant position was that the KJV was from God and all other versions were perversions. This man and his followers loved God and the “real” Bible. I believe the version conflicts are over, but just in case, unintended ignorance may be intended to show loyalty. But like sincerity, loyalty is not always a virtue and Scripture impact is lost or diminished.

At the other pole, I know of a person who left a church due to the pastor reading from a digital Bible.  Denial of technology and claiming that if it is not an actual hold-in-your-hand book, then it is not “real.” This, like the defense of the KJV, is a retreat into the shadows of the indefensible and Scripture impact is lost or diminished.

“All Scripture is inspired by God and is useful to teach us what is true and to make us realize what is wrong in our lives. It corrects us when we are wrong and teaches us to do what is right. God uses it to prepare and equip his people to do every good work” (2 Timothy 3:16-17, NLT).

The “Oxford English Dictionary” defines the word “impact” as “a marked effect or influence.” Scripture does that. It is a reality open to Christ followers. It should not be squandered on the folly of the unintended.