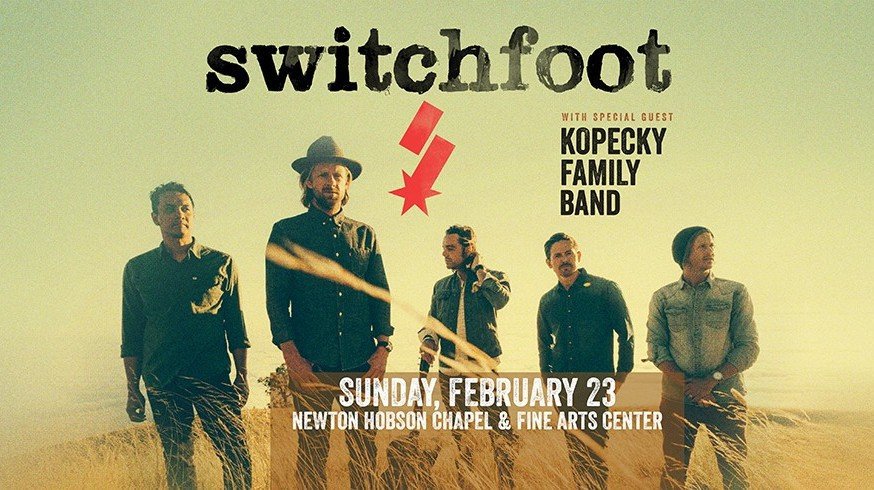 Grammy Award-winning Switchfoot is in its seventeenth year, with a string of alternative radio singles and eight studio albums to their credit.

On Sunday evening, February 23, SWU will host Switchfoot in concert, with Kopecky Family Band as special guests. Grammy Award-winning Switchfoot is in its seventeenth year, with a string of alternative radio singles and eight studio albums to their credit. One of those albums, “The Beautiful Letdown” went double platinum. They have raised hundreds of thousands of dollars to aid homeless kids through their own Bro-Am Foundation.

The San Diego, California-based band has performed sold-out world tours and made frequent national TV appearances. Switchfoot has preferred not to be labeled a Christian band because their artistry has found a voice in the main stream of American music. However, the band members remain dedicated Christians and they hold concerts in both Christian and secular venues. Founded in 1997, they have won a Grammy Award, three ASCAP awards, and eleven Dove Awards.