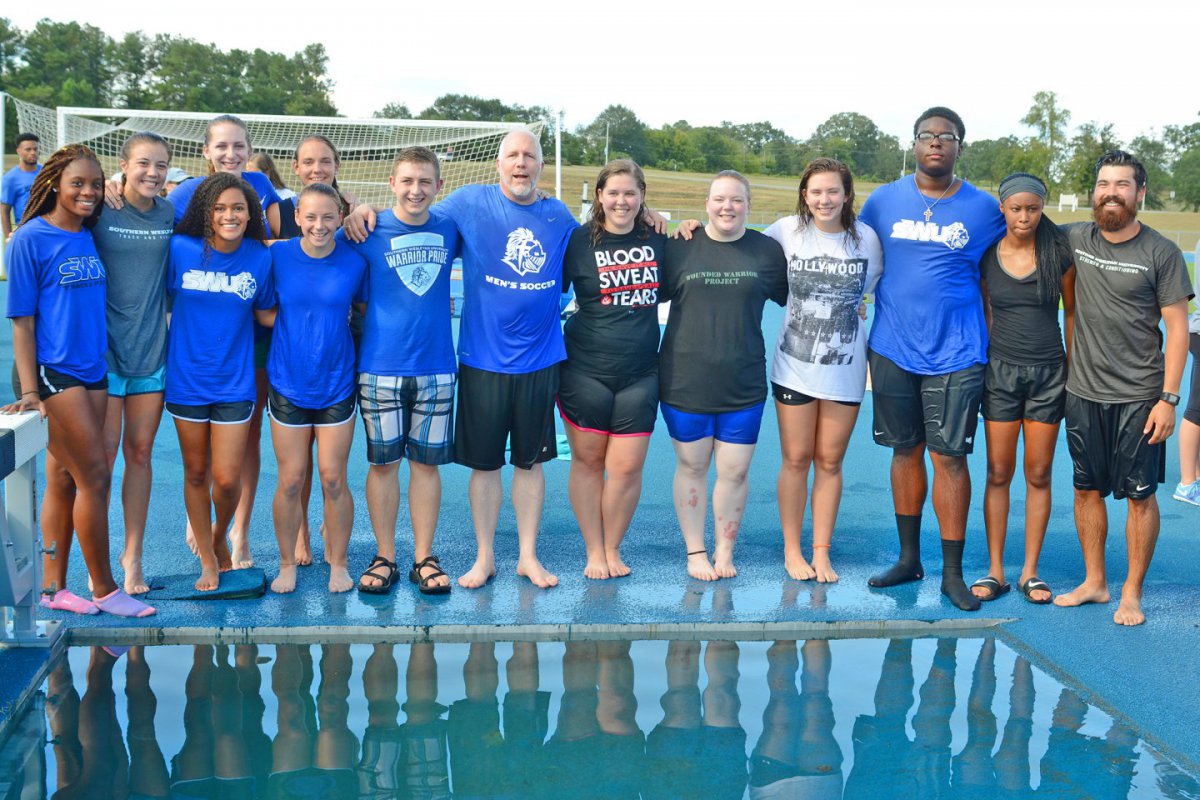 Sometimes when Chris Williams watches ESPN he can’t help but shake his head.

The highlight reels on today’s sports channels seemingly have a common focus: the individual. Whether discussing an athlete’s multi-million-dollar contract, how many points were scored in a big game, or gleaning insight into one’s strategy on the field, sports often have a “me” mentality today.

Williams is troubled by this and has vowed that the athletic department he leads at Southern Wesleyan University (SWU) will be different. For ten years Williams has served as athletic director at SWU, an NCAA Division II institution with 19 varsity sports and 300 student-athletes. Ask Williams if he cares about wins and losses and, like any competitor, he will tell you yes.

But another type of “win” is substantially more important to him and his coaching staff. A win for souls.

Yes, all SWU coaches strive for athletic excellence at this Central, South Carolina, institution. However, they see athletics as being a driver for spiritual development, academic success, and community service.

“Athletics [in general] was started to build character development,” said Williams. “We are trying to focus on spiritual development, and that is our job at Southern Wesleyan.” Since SWU is a subsidiary of The Wesleyan Church, Williams believes the school’s athletic department should be “part of helping students come closer to Christ through sport.”

One way this happens is by having coaches committed to leading or facilitating Bible studies on each team. He notes that recently he spotted a SWU coach, with Bible in hand, headed to a table in the school cafeteria. The coach was about to lead a Bible study with students following behind, ready to learn. Whether happening in private, like in classrooms or locker rooms, or in public, such as in the cafeteria, Williams doesn’t care. As long as SWU athletes and coaches are spending time in God’s Word, that’s what matters to him.

He is also seeing SWU teams serve fellow teammates, others on campus, those in the community, and even competitors. At a recent volleyball match, SWU players were shagging balls for the other team during warm-ups–a true example of serving others. He knows other teams at SWU are doing similar things.

While SWU coaches pour into their teams, those leaders are being built into as well. Local staff from FCA (Fellowship of Christian Athletes) lead Bible study once a week for SWU coaches and support staff.

“If we’re trying to lead our students and our teams, we’ve got be filling ourselves up,” said Williams. “As a corporate athletic staff we are having times of prayer and praying for our student athletes on a daily basis. We are ready to poor into them because our souls are full.”

In the last year alone, three baptisms have taken place where SWU athletes have been baptized–two on campus in the steeplechase pit at the track and field complex and one at a women’s basketball retreat off-campus. Staff, faculty, students, and coaches have all attended these baptisms and witnessed what God is doing in the SWU athletic department. John Davis, head coach of the women’s basketball team, notes what is happening on the team he leads.

“It has been great to see individuals come to a better understanding of what Jesus means in our everyday lives,” said Davis. “We have a veteran group this year that has really devoted themselves to serving others during their time here. To be able to hear seniors say that all they want to do is serve their teammates is a testament to how much they have grown.”

The community is also noticing what God is doing at Southern Wesleyan. While out in the community attending an event at a local theater, a woman approached Williams. She had “run into a SWU team and was encouraged to learn that spiritual development was important to the university.”

Rev. Ken Dill, SWU’s associate vice president for spiritual life, said “God is on the move here at SWU–in mighty ways and quieter ways!” He notes that Williams recruits coaches who will be spiritual leaders for their teams.

“We are not perfect at all, and we screw up [sometimes],” said Williams. “But our goal is to continually put spiritual development at the forefront of our athletic program and institution. If we are about being a Christ-centered, student-focused institution, this is what we should be doing every day, even in athletics.”

Williams hopes the coaches, staff, and athletes he leads continue to impact lives, whether their families, dorms, teams, communities, or the world.

“What we’re doing at SWU on the day to day basis is the church in action,” said Williams. “This is getting into the grime and the grit of ‘what is my faith and what am I going to do with it?’ This encourages me to keep serving and doing what I’m doing. It’s really relevant we get outside these four walls.” 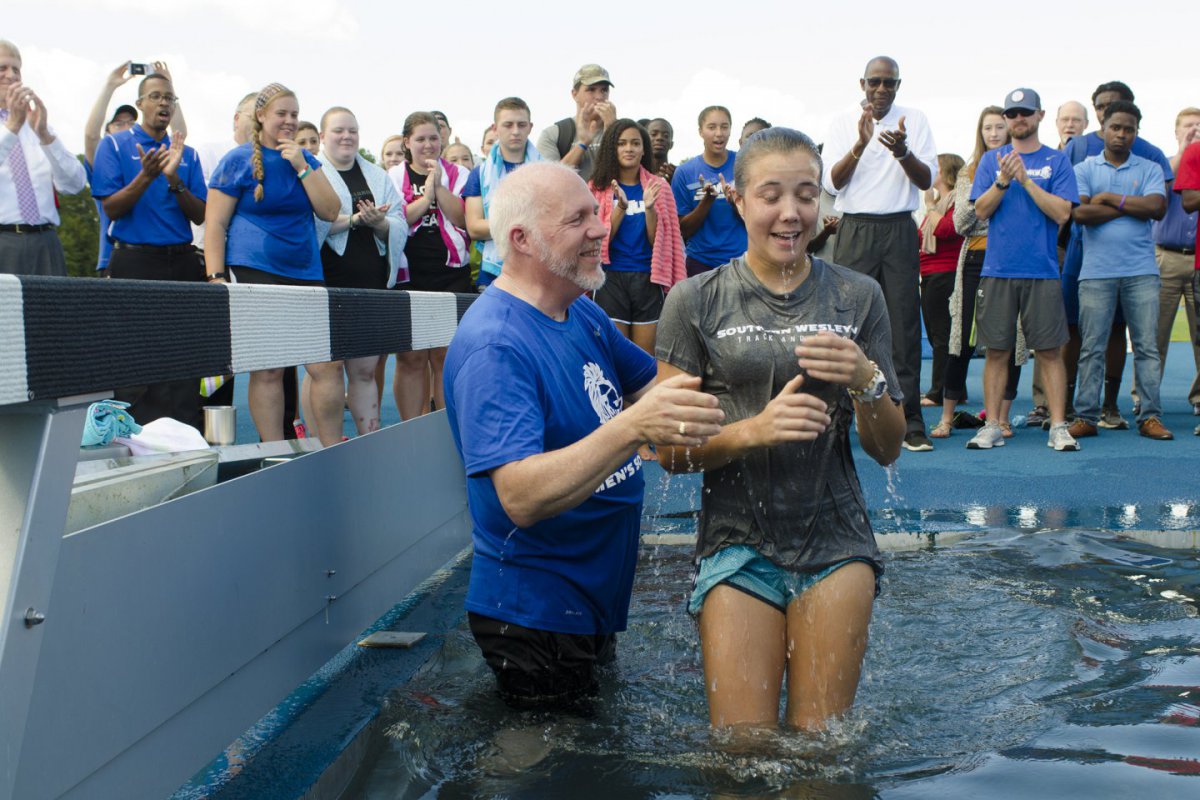 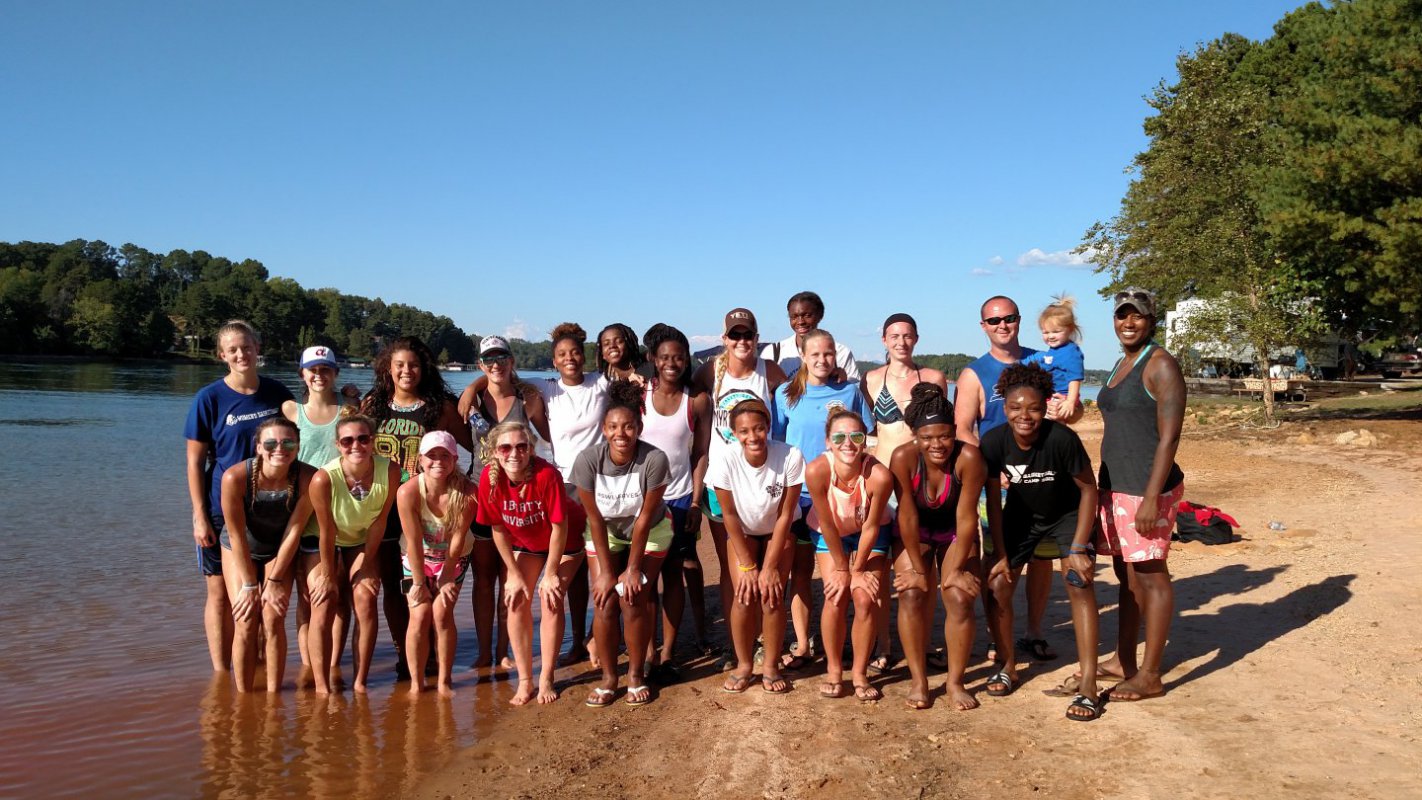