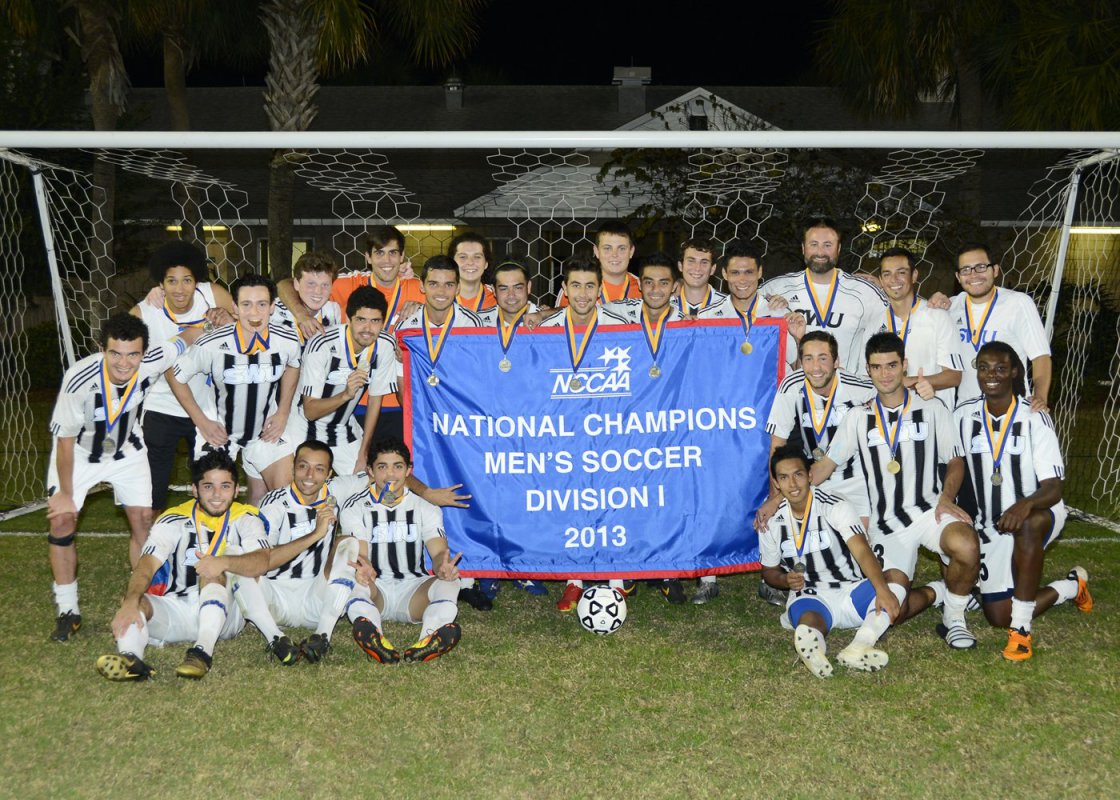 The lone goal came off the foot of Joao Oliveira in the 33rd minute, scoring off a deflected save from a shot by Douglas Andrade. It was the sixth goal of the season for Oliveira.

The Warriors (16-6-2) completed an undefeated run through the NCCAA National Tournament where they defeated Campbellsville and Houghton 2-1 in pool play before taking down Spring Arbor 2-1 in Friday’s semifinals. The Warriors closed the season by winning their final seven matches and set a school record with 16 wins.

SWU dominated most of the game with the final shot count reflecting a more even match, 10 shots for the Warriors and eight for the Flames. Most of Lee’s shots came towards the end as they tried to find the equalizer. The game wasn’t sealed until Ruben Rodriguez made his fourth and final save with just seconds to spare off a header attempt from Chevon Roberts.

Douglas Andrade was named Most Outstanding Player of the tournament after scoring two goals and recording two assists. Both goals came in the 2-1 semifinal win over Spring Arbor.