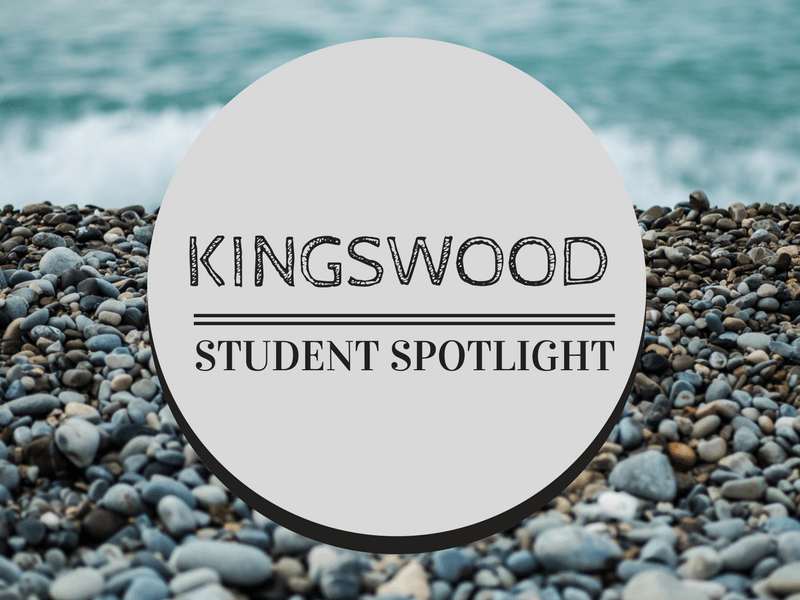 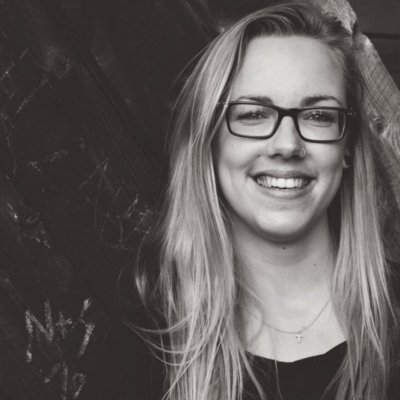 In her third year at Kingswood University, Tatyana Russell-Chipp has learned social holiness, and the call to become a servant first.

After being adopted from Birobidzhan, Russia as an infant, Tatyana was brought to Stephenville, Newfoundland, where she grew up with loving parents and a warm extended family. She was a “church kid” for much of her young years, in the Pentecostal tradition.

Though Kingswood was not geographically far from Newfoundland, it was another world for Tatyana when it came to church doctrine.

“Coming to Kingswood has challenged a lot of what of I’ve been raised to understand and know. It gave me a whole new set of things to think about,” says Tatyana.

“And it’s not only Kingwsood itself, but the dorms and classrooms. I might be living or sitting next to someone from a Calvinistic perspective, for example. The students here all come from different backgrounds.”

Tatyana describes the experience of hearing different interpretations of the same scriptures as both challenging and mind-opening.

“It was like picking up a fish out of a fish tank and throwing it into the ocean. It called me out of a place of complacency and apathy.”

“It taught me to think critically and not just to take things at face value. It made me jump into Scripture and look at what different interpretations could mean.”

Though Tatyana sees herself in charismatic context in the future, she says her time at Kingswood has given her a deep appreciation for Wesleyan doctrine.

“I’ve so appreciated the denominational focus on what it looks like to pursue holiness. It’s called me to a place of being like Jesus.”

Probably Tatyana’s most transformational experience during her three years has been the formation of her character, particularly to shape her into a servant.

“It would be hard to get through your four years at Kingswood without transformation,” Tatyana says. “There’s a high calling in character.”

She shares how as a young student, the campus focus on servanthood grated against her own ideas of leadership.

“I wanted to be a leader-servant, thinking, ‘I’ll lead and only serve if I have to.’ But at Kingswood, they think, ‘who cares if you ever get to the point of being a leader; start with being a servant,” laughs Tatyana.

She says she learned how to serve through the university’s weekly “Pulse” program. Each Wednesday, instead of classes, students engage in the community outside the campus through activities targeting Head, Heart, Hands or Habits.

“Every week, we practically go out and serve, sometimes bringing doughnuts to a fire department or going to a mall to pray for people,” Tatyana explains.

“And because that’s implemented in how we do things here at Kingswood, it’s normal to have a group of students go serve on their own initiative.”

“We represent a community who cares; it’s abnormal to not care,” she says. “We learn social holiness, being sanctified through a social context.”

When Tatyana thinks ‘big picture’ of how her college experience has shaped her, she sums it up as:

“My mind was closed, it has been opened, and then refined.”

Tatyana has seen the ways her heart and mind have grown through interactions with devoted Christians who have different, scripture-supported perspectives, and now most recently, been refined in terms of where she sees God using her specific passions and gifts.

She describes how the tight-knit community at Kingswood continually spoke into her life, prompting her to consider how her core gifts could become foundational in her spiritual life and ministry.

“There are these specific things that have been birthed for me during my time here,” Tatyana says, listing a new-found passion for worship ministry and a call to evangelism.

“There’s no better place that I could’ve come for college.”