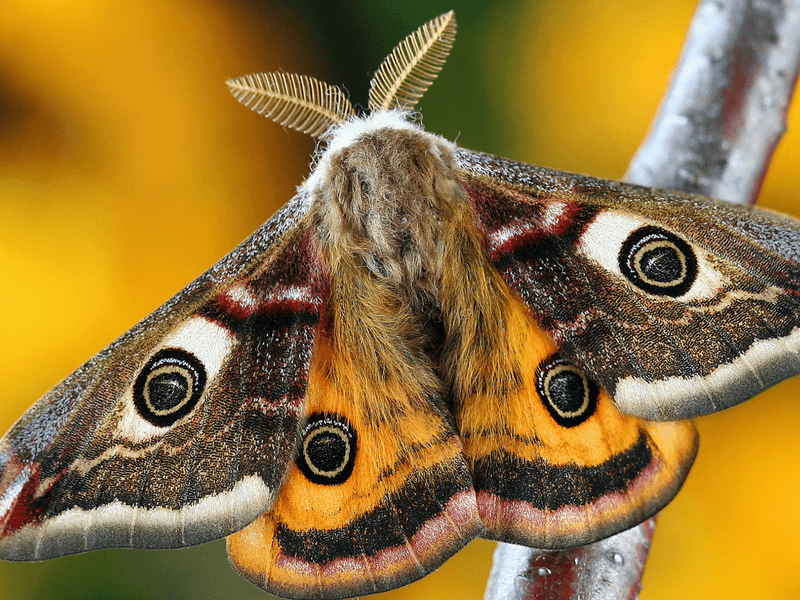 When we are faced with difficult situations is our response an attempt to shortcut the God-ordained pressure of the circumstance?

L.B. Cowman was a missionary to China in the early 1900s. Her missionary service was cut short when her husband became very ill, causing them to return to the United States. She cared for him for more than six years before he died.

In her devotional book, Streams in the Desert, she writes about an experience she had during this time of keeping an emperor moth in a bottle-shaped cocoon. She cared for the moth for almost a year until it began to break out of the cocoon:

I happened to witness the first efforts of my imprisoned moth to escape from its long confinement. All morning I watched it patiently striving and struggling to be free. It never seemed able to get beyond a certain point, and at last my patience was exhausted. The confining fibers were probably drier and less elastic than if the cocoon had been left all winter in its native habitat, as nature meant it to be. In any case, I thought I was wiser and more compassionate than its Maker, so I resolved to give it a helping hand. With the point of my scissors, I snipped the confining threads to make the exit just a little easier. Immediately and with perfect ease, my moth crawled out, dragging a huge swollen body and little shriveled wings! I watched in vain to see the marvelous process of expansion in which these wings would silently and swiftly develop before my eyes. As I examined the delicately beautiful spots and markings of various colors that were all there in miniature, I longed to see them assume their ultimate size. I looked for my moth, one of the loveliest of its kind, to appear in all its perfect beauty. But I looked in vain. My misplaced tenderness had proved to be its ruin. The moth suffered an aborted life, crawling painfully through its brief existence instead of flying through the air on rainbow wings.

Cowman goes on to explain she didn’t know the pressure applied during the moth’s struggle to break-out of the cocoon forces fluid into the wings enabling them to fully develop.

It’s a natural human response to find a way out from under the challenges we face in our lives, or even to rescue others from the trials in their lives. However, Scripture shows us some of our challenges are God-directed for the development of our faith, making us mature and complete.

When we are faced with difficult situations or others we’re serving are faced with challenges, it is important to prayerfully consider our response. Is our response an attempt to shortcut the God-ordained pressure of the situation? Perhaps the challenge we’re facing is part of how God is forming us into the new creation he wants us to become.

“Consider it a sheer gift, friends when test and challenges come at you from all sides. You know that under pressure, your faith-life is forced into the open and shows its true colors. So don’t try to get out of anything prematurely. Let it do its work so you become mature and well-developed, not deficient in any way” (James 1:2-4, The Message).

“For our light and momentary troubles are achieving for us an eternal glory that far outweighs them all” (2 Cor. 4:17, NIV).