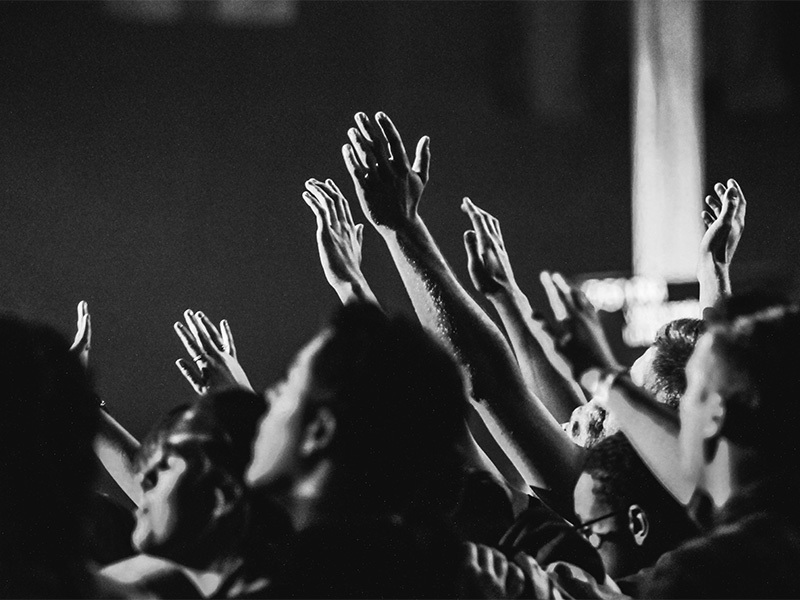 The gift of worship

Let’s hope our “new pandemic-induced normal” continues to include a fervor for true worship.

Remember the story in the book of Acts about Paul and Silas being unjustly accused of engaging in activity that caused a stir among the Romans? After casting out a demonic spirit from a slave girl in Philippi, they found themselves arrested, stripped down, beaten with rods and shackled in stocks. If anyone ever had an excuse to be miserable and complain to the world, it was these two.

But rather than retreat into self-pity, they did something that is absolutely mind-blowing. They worshipped!

“About midnight Paul and Silas were praying and singing hymns to God, and the other prisoners were listening to them” (Acts 16:25). That’s when things got really exciting. There’s an earthquake so violent that it shakes the entire building. Everybody’s shackles fall off and when the cell doors swing wide open, miracle of miracles, nobody tries to escape.

Amid all this pain, suffering, chaos and confusion comes the best part — the jailor and his entire family get saved. As Paul and Silas worshipped in their trials, God moved.

The Bible is full of directives and examples as to what God desires and expects from us, even during the most challenging of seasons. And worship is not the exception to the rule.

This past year was hard on everyone, churches included. For several weeks, in some cases even months, sanctuaries and auditoriums were empty. Screens went dark and audio equipment was stored away. But rather than just sitting around waiting for things to return to normal, the church got creative.

From the small rural church to the modern worship center, the Word and worship was going out as never before to families and watch parties gathered in homes. From the traditional to the contemporary, the sounds of pianos, guitars and drums filled the corners of living rooms.

Even people who didn’t normally attend church were listening. What else did they have to do? They were in quarantine! Remember those others who were listening to Paul and Silas sing and pray in that Philippian jail? Sound familiar?

“Sing to the LORD, for he has done glorious things; let this be known to all the world.” (Isaiah 12:5)

Weeks before the pandemic shut things down in 2020, Elevation Worship released “The Blessing” based on Numbers 6:24-26. The song struck a chord with its timely message. Over 100 worldwide virtual choirs created their version of that song in several languages.

Even though separated, Christians found creative ways to connect in worship and share the hope we have through Jesus Christ.

“The LORD is my strength and my defense; he has become my salvation. He is my God, and I will praise him.” (Exodus 15:2)

In the early days of the pandemic, a Brazilian citizen posted a video from the capital city of Brasília. The streets were noticeably empty. Yet, wafting down from balconies, you hear voices lifted together in Portuguese singing “Because He lives, I can face tomorrow.” As they finish the last refrain, applause and cheers break out over the city, adding a giant amen to the confidence the worshipers have in the one who holds their future.

Videos of that symphony of praise went viral throughout Brazil, and several other cities followed suit. Who knows the impact of that single creative idea, formed in the mind of one Brazilian Christian?

“Therefore, I urge you, brothers and sisters, in view of God’s mercy, to offer your bodies as a living sacrifice, holy and pleasing to God—this is your true and proper worship.” (Romans 12:1-2)

A scene from the biographical film “China Cry” has stayed with me since I first viewed it several years ago. Taking place after the Communist Revolution, a group of Chinese Christians, their churches closed, gathered secretly to encourage one another through scripture and singing a hymn. Not wanting to be detected, however, there is no melody as they move their lips silently mouthing the words, “Take my life, and let it be, consecrated, Lord, to Thee. Take my moments and my days; let them flow in ceaseless praise …” They are compelled to worship, though living with great hardship and persecution, offering themselves as living sacrifices. And that is the greatest form of praise one can offer to the Creator: a surrendered life.

“Yet a time is coming and has now come when the true worshipers will worship the Father in Spirit and in truth, for they are the kind of worshipers the Father seeks.” (John 4:23)

We shouldn’t long for “normal” to return. While challenging and disruptive, the pandemic provided opportunities like never before to get the good news of Jesus Christ out over the last year, and a lot of people listened.