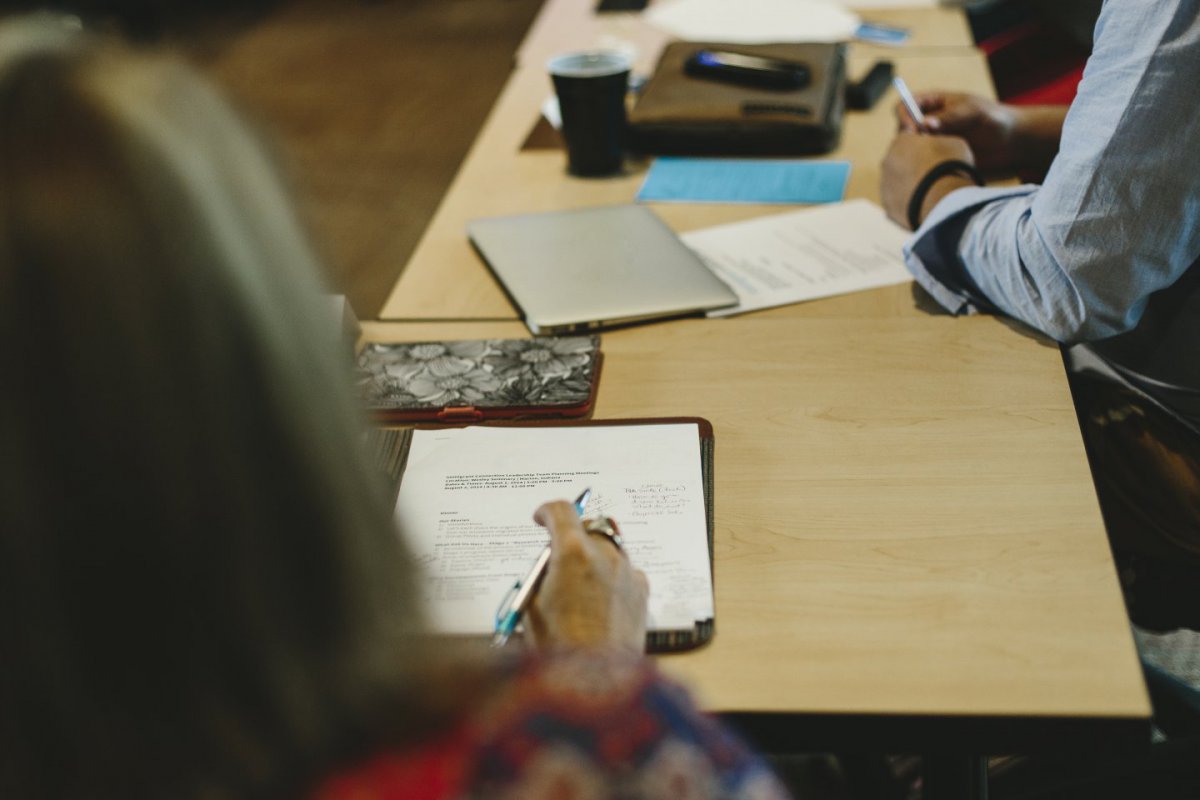 The Most Important Meeting of Your Year

The most important meeting you will ever lead is a nominating committee meeting.

What is the most important meeting of the year?

Is it about leadership training? Is it a staff meeting or retreat? Is it a board meeting? Strategic planning meetings? How about a conference with elections?

My claim is that the most important meeting you will ever lead is a nominating committee meeting.

At first you may think I’m crazy. This claim is counter-intuitive. You might think that nothing with the word “committee” in its name could be so visionary. I’m sure you’ve sat in some very boring and seemingly inconsequential nominating committee meetings. (Of course that is part of the problem itself.) You might think that such perfunctory things as electoral processes are beneath other more important concerns. But I’m here to do two things: A) To convince you that a Nominating Committee is the most important meeting you will ever lead… and B) To show you how to lead it better, every time you do.

Why the Nominating Committee is the Most Important Meeting You Will Ever Lead, and How to Lead It Better:

The Nominating Committee is the best way to answer your most important question: Who. Who will lead things between now and the next time we get together? If you step back from things, I suspect you’ll admit that who is your biggest problem, and who is your biggest solution. Who is the most important question you will face, and the nominating committee is where Who questions get answered. Almost all the other meetings you lead are better or worse because because of the work of the nominating committee. If everything rises or falls on leadership, then it just might be that almost everything rises and falls on the nominating committee.

Here’s five reasons the nominating committee is the most important meeting of your year:

1) The Nominating Committee is the best way to set the agendas for the future. While the agendas are prepared by the facilitator before the meetings take place, the best way to ensure the agendas start to drift toward the more important matters are to ensure the people in the room are the ones who care about what is truly important. If you nominate all the right people, the right issues have a chance to be front an center on the agenda, not relegated to hallway conversations or under-the-table-in-the-meeting texts.

2) The Nominating Committee is the best way to increase leadership diversity. Most of us already feel strongly that we need ethnic, gender, economic, and regional diversities in our leadership. Often we feel like our hands are tied, however, in who is elected. Our hands are not tied in nominating. We can be intentional, through nominating a diverse slate, that our leadership becomes more diverse in all these ways. There is no excuse for a nominating slate that all looks the same in those ways. It shows a lack of intentionality on the part of the nominating committee. Be proactive.

3) The Nominating Committee is the best way to make the most of your leadership time. None of us want to waste our time. And high-level leaders are almost obsessive about time-investment return. Here’s the thing: in just a few hours your time can be leveraged to influence things the rest of the year–or in multi-year nominations, for much longer. No meeting you lead will have a longer potential impact than this one. You can put a lot of effort into weekly or monthly meetings that don’t have many results, however. The irony is that many leaders walk into the nominating committee very unprepared. They haven’t cultivated lists of who great nominees are. They haven’t done the pre-work to ensure new potential nominees have finalized things so they are qualified to be nominated. They haven’t, often, even prepared an agenda for the nominating meeting. These things can be easily overcome if one just prepares well for the meeting. If you don’t–you’ll regret who gets elected the rest of the year. I would also say that being on the nominating committee might be the best use of the time of the most high-powered leaders in your circles. They might not commit to an ongoing monthly meeting. But convince them that the nominating committee is where it’s really at and they’ll serve for the above reasons.

4) The Nominating Committee is the best way to leverage authenticity privately. There are some people who really should not be nominated that have held a seat forever. A good committee will talk about these things. They will also have a confidential sense of shaping the future through diversity, and balance. They will talk about supplementing a point leader with people of other skills, opinions, and persuasions, than that leader. As the facilitator of a nominating committee, you can be authentic about these priorities, and help usher in a new day with leadership that matches the vision and responsibilities of the organization, rather than just perpetuating the good ‘ol boys club that has existed since the Hoover administration.

5) The Nominating Committee is the best way to protect core values. Never nominate those contrary to core values of the organization. Just one bad apple spoils the bunch when it comes to values. One leader on a board or task force can become a barrier to real teamwork and collaboration. But once elected they cannot be moved. You must wait for another year (or decade!) Why not use the nominating committee to do the hard work of discussing the core values, and who aligns with them–so that those elected will all be in such alignment?

Now, some might say, “I can’t do all this. I need to just let whoever gets nominated get nominated. It needs to be whomever people know, who can be electable.” I would say in return that if you’re not going to work hard and go through some conflict over who is in roles of influence and power then you’re ceding the leadership territory to chance and tradition. Instead, the nominating committee can be a leader’s best friend.

TIPS on LEADING a NOMINATING MEETING:

Ask for confidentiality from those present. Tell them to ask for permission from individuals before sharing what is said in that meeting.

Consider giving veto power to any member of the meeting. Allow anyone to say, “I’m gonna have to say no” on anyone. I’ve done this and it really helps. Of course, if someone objects you can always go to an overruling 2/3rds vote.

Consider having a brainstorm session on a whiteboard first just asking “Considering our values and the kinds of leaders we’re looking for, who are 25 people we want to nominate for something today that haven’t often been nominated, if ever?” Keep this list on the wall the entire meeting. Most will get nominated.

Influence the outcome. There are many meetings you want to facilitate in a neutral way. This is one meeting where influencing the outcome is not only needed, it is actually expected of you as a leader. If you don’t, you’ll pay for it all year.–DD