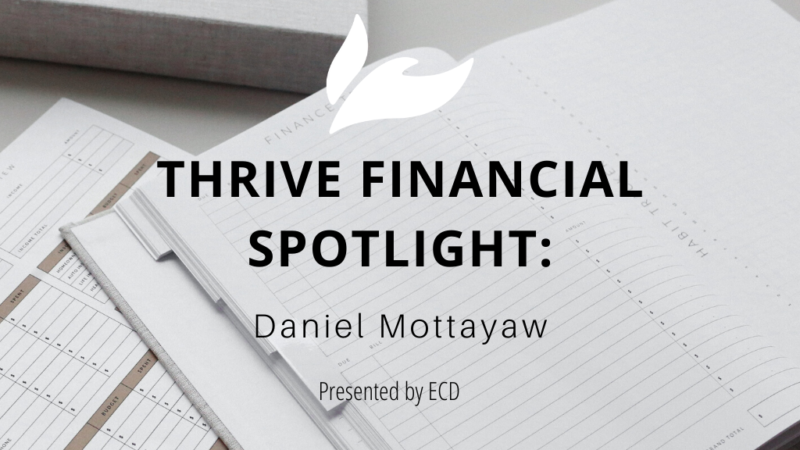 When asked what he’d say to those considering TFI, Daniel says, “The TFI money is pretty much dependable; but what I’ve really learned in this process beyond that is how God can provide in so many ways you can’t even count on or be sure of… so there

When Daniel and Erin Mottayaw moved to the Tampa area to be part of a church plant, they relocated without viewing their apartment, guaranteeing their employment, or understanding how their journey would unfold. “Neither of us had any promise of income,” Daniel reflects. Both Daniel and Erin pieced together various part-time employment while remaining available for church work. “It was a leap of faith. It’s total dependence on God providing for us, and he did.” 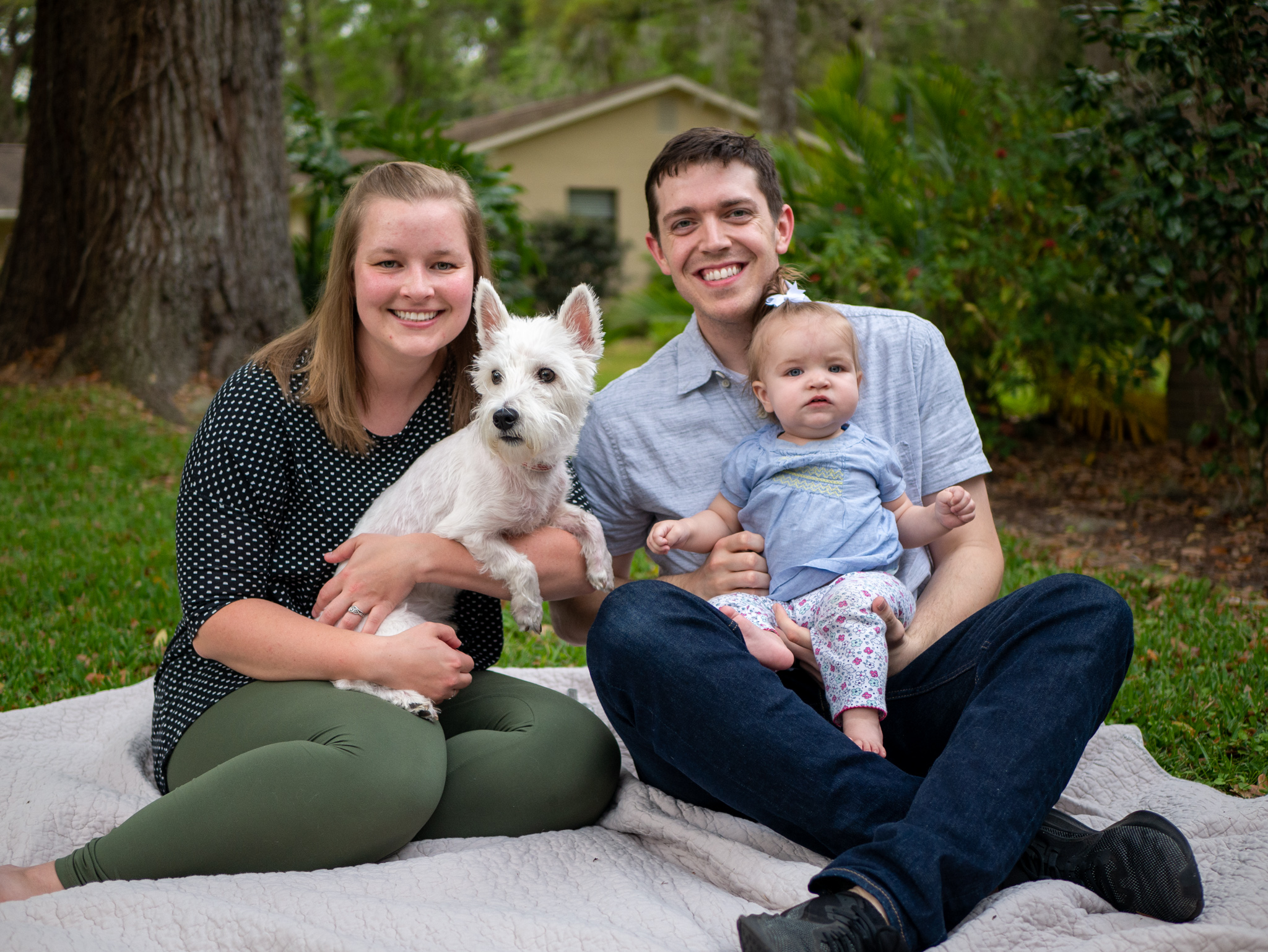 Their leap of faith also included an early goal—set just after they got married—to pay down their combined $85,000 in student debt by the end of 2017—only five years after their graduation. During their first few years in Tampa, they paid the minimum required amount on their loans while investing in other avenues of financial health. In 2013-14, they began paying over twice the required payment. A couple years later, they partnered with the Florida District’s loan repayment program (in which the district committed to a 25% match of every dollar paid by a pastor on her/his debt, up to $2500 in matching funds).

In 2016, they felt God calling them to be part of Brooksville Wesleyan Church in Brooksville, Florida; and during their transition there, they continued to pay twice the amount required on their student loans, going beyond the Florida District’s match, and participating with Brooksville Wesleyan Church in the Thrive Financial Initiative. They ended 2017 without reaching their five-year goal, but reduced their debt greatly, and started looking toward the year ahead. “We had over $20k on our loans at the beginning of the year,” remembers Mottayaw. This was more than they had ever paid within a single year. “I said, ‘We aren’t going to hit this goal, since we’re already after year 5—but I feel like we’re supposed to believe God is going to help us pay this off this year [2018].’ We just felt like we’d make it a goal and hope God provides.”

After committing to this goal, a couple in their church came to them with $2,000 they felt God had called them to give the Mottayaws to help pay down their student loans. “This was remarkable,” Daniel says, “Because we hadn’t talked about this goal—or our student loans—with anyone in the congregation.” Thanks to their financial planing, and this gift (along with the support from the church and the grant given by TFI) the Mottayaws ended 2018 with no student debt and a fresh sense of gratitude for both their congregation and their broader support network. But some of the greatest gains from this process have been beyond the financial milestones. “A lot of it depends on relationships with people; there are families in our church who are incredible with helping and  loving us; and the DS is an adviser who doesn’t seem to let us lose sight of the goal. And a part of that translates to relationships I developed with the people in my Thrive Team. Seeing the way they’ve taken it seriously to help me through the process—in financial health, but also mental, emotional, physical, spiritual health and helping me through that. There have been lots of good relationships just who’ve made it a point to check in, and who’ve been with me in the process. It’s a reciprocal discipleship process.”

When asked what he’d say to those considering TFI, Daniel says, “The TFI money is pretty much dependable; but what I’ve really learned in this process beyond that is how God can provide in so many ways you can’t even count on or be sure of… so there are certain dependable things, and that’s good; but that’s not the only way God can meet us in the area of finances.”

For more information on how TFI may help you experience financial, mental, physical, emotional, and spiritual health, visit Wesleyan.org/TFI.

To learn more about Thrive Financial and how it can help build fresh partnerships between clergy and laity for your congregation’s well-being, visit https://secure.wesleyan.org/4869/thrive-financial-initiative.