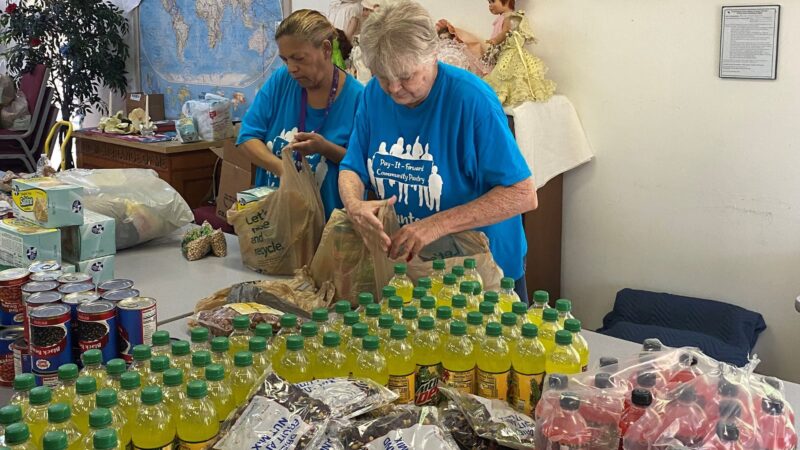 To feed just one more

A small Florida church runs a food pantry with a giant impact.

Every Thursday morning in DeLand, Florida, hundreds of cars line up outside the little Iglesia Cristiana Bethel Wesleyana (ICBW) Church. The church officially has a congregation of 70, with around 35 regular attendees, but the 300 or more families queued outside their building on Thursdays aren’t there for a sermon.

ICBW’s Pay-It-Forward food pantry is what draws the crowds. Assistant Pastor David Roberts, who oversees the food pantry, says it is completely volunteer run. Their Facebook page notes that they provide “free groceries and encourage the participants to pay-it-forward with a good deed.” Twenty volunteers between the ages of 52 and 88 supply meals for 300 to 400 families every week, making a powerful difference in the people’s lives receiving their food. 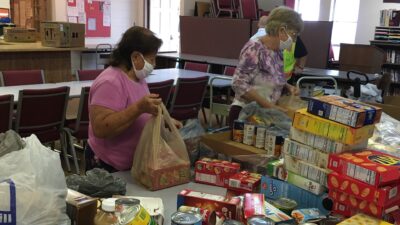 The pantry’s impact wasn’t always so widespread, however. Reaching their current size was not easy, requiring a lot of prayer and countless hours of hard work.

Pay-It-Forward’s story began nine years ago, when the church’s senior pastor, Reverend Nilda Melendez, had a dream. In her dream, she sensed God telling her she should open a food pantry and that “the pantry would fill the church.”

Rev. Melendez followed God’s prompting and the pantry opened. Initially, five volunteers ran it for one week every month. They primarily served a retirement community across the street from the church, though there were others too. In time, they opened the pantry every week for one day.

Pastor David joined the church’s leadership team after the food pantry started. Rev. Melendez, who is also his mother-in-law, did not initially tell him about the inspired dream for the pantry. Even so, Pastor David recalls having the same dream. He, too, heard God saying the pantry would fill the church. “He [God] didn’t say whether it would be because we brought so many people through or it would bring people in, but it’s done both,” Pastor David says.

Indeed, although ICBW’s intent with the pantry is to feed people, they also treat it as a valuable chance to minister to those who come through. Three people have decided to follow Christ because of their encounters with the Pay-It-Forward pantry and now volunteer at the church. 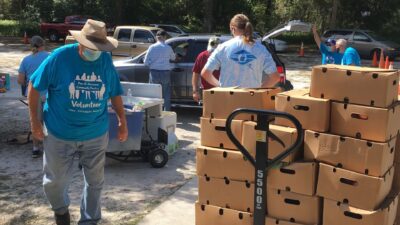 ICBW made a habit of having a prayer station available so those who want prayer can stop and ask. Before long, people started returning with testimonies of how their prayers were answered. “Now,” says Pastor David, “we get as many people coming through asking for prayers as we do coming through for the food.”

Though they have faced many challenges, the church is committed to serving their community through the food pantry for as long as they can. Pastor David says the only thing that would keep them from being there on Thursday mornings is if they couldn’t get the food.

As they continue to serve, they remain committed to improving the ministry whenever possible. “We always try to find a way to feed just one more person,” Pastor David says. They would like to have a summer program to feed kids, enough resources to open in the evenings and a building on their property that would let them store more food (they put everything in the sanctuary on Thursdays).

Their main limitation is funding. They have encountered other obstacles too — complaints from neighbors, uncooperative weather and even occasional fistfights in the street. But ultimately, Pastor David believes it’s all worth it: “When you look down at the end of the deal, last year, we did 415,000 meals through here, 180 tons of food, [in a] little, little, tiny house of God.”

As Hurricane Ian blew through parts of Florida, ICBW expanded their ministry to include disaster relief. The church fortunately suffered no damage beyond a few downed tree limbs and a power outage, and their generators protected the food. Now, they continue to open on Thursdays, distributing water and disaster relief boxes to the many who have lost everything to flooding.

ICBW volunteers are clearly passionate about fighting hunger in their community. Pastor David has a calm, friendly demeanor but when he talks about the importance of feeding those in need, his firm conviction overflows. As he and this little church spread the hope of Christ by providing food, he encourages others to make similar efforts. “I just hope maybe this article will spur someone to look in their community and see what they can do.”