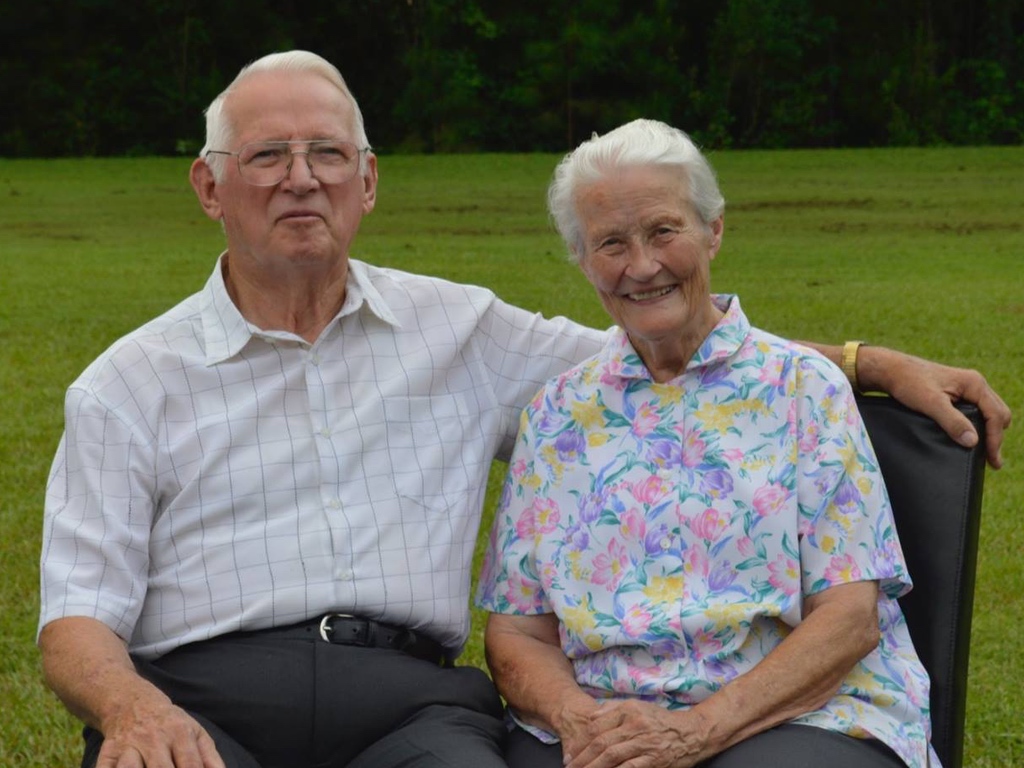 Train up a child in the way he should go

I tell you, children and youth ministry workers, you have a special ministry.

Life for me has been one fantastic adventure, 83 years complete.

I am the third son of William and Flora May Link, and I am here today, retired after 62 years in ministry, because they did their job. I have two older brothers, two younger brothers and seven younger sisters. All 12 of us, as of this writing, are living and serving the Lord. We are a testimony and a witness to what a Christian home can produce.

My first introduction to the importance of spiritual life began not at the church but at the family altar. Every morning after breakfast Dad opened the Bible, read a selection and then we all got on our knees for prayer – every day. It is where my mother led my sister, Ruth, to Christ.

By age six, I was keenly aware that Jesus wanted me for full-time ministry like two of my maternal uncles, one of whom founded the West Indies Inland Bible Mission in Placetas, Cuba, where he served the Lord for 29 years until the Castro takeover.

Word from the spirit world came knocking at my heart’s door during a Sunday worship service. I knew the still small voice was speaking to me. As I began to pray, our Sunday school teacher, Grandma Markwood, knelt beside me. She was the pastor’s mother, and we loved her dearly. She asked a few questions and assured me that the Lord was listening to my answers.

I tell you, children and youth ministry workers, you have a special ministry.

School for us until the ninth grade was in a one-room schoolhouse. To this day it remains a mystery how those teachers managed all those children after walking or riding horseback to school up to five miles in sun or snow. Our teachers became a second mother to us. Oh, the sacrifices they made. Well, they must have done something right because after three years of high school I was offered a scholarship to Colorado University. But I turned that down because my next step was Bible school.

The Lord has a way of working things out. Dad told us in no uncertain terms that he would provide for us only through high school. At the time of my graduation, he bought a used D-35 Caterpillar. To help pay for the tractor, he made a deal with an uncle in Nebraska to do some earth moving, leveling and dam building for him. The Lord worked it out that, even though I had never operated the machine before, I was the one to go to Nebraska until October.

I later enrolled at God’s Bible College where I took my first trip to Guatemala. One day I ran into the college president, who wanted to hear about the trip and the missionaries. After telling him, he gave me back my tuition check! He told me a friend of the school had been sending money for her grandson, but he decided not to go to college there. She requested that the account be assigned to a student preparing for missionary work. The Lord’s provision at work!

I courted and married Virginia A. Harper, took the pastorate at Pilgrim Holiness Church in Mason, Ohio, and prepared for a missions’ assignment with Evangelistic Faith Missions. We arrived in Guatemala on September 15, 1960. Twelve of the next 14 years found us directing and teaching at Instituto Biblico Emmanuel in Jalapa, Guatemala, and planting five churches.

We returned to the United States in 1974, and I eventually joined the faculty at God’s Bible College. While there, the door opened to pastor a Wesleyan church just a few blocks from the college. It was there that a representative from Wesleyan World Missions dropped by to ask if we would be interested in going to Medellin, Colombia, to open a residence Bible school.

Over the next 15 years, we traveled to 26 countries, mostly Spanish-speaking. Time after time we saw the Lord get our materials released from customs just in time. He provided a brand new 16 mm projector at the last minute to show the JESUS film to a street full of families. We saw two municipal theaters converted into worship centers and new churches planted.

Back in the United States, we pastored in South Carolina, watched our third son get married and were presented with more church planting opportunities. I said if it includes the Hispanic community, count me in! Thus began several years opening new Hispanic churches in Texas and eventually back in South Carolina.

Now I have passed the baton; they call it retirement. I long to continue in obedience to the heavenly voice, a desire instilled in my heart by my teachers.

Rev. Orvan Link retired in July as pastor of Nuevo Pacto, a Hispanic ministry at United Wesleyan in Easley, South Carolina. He and wife Virginia live in Seneca, South Carolina.