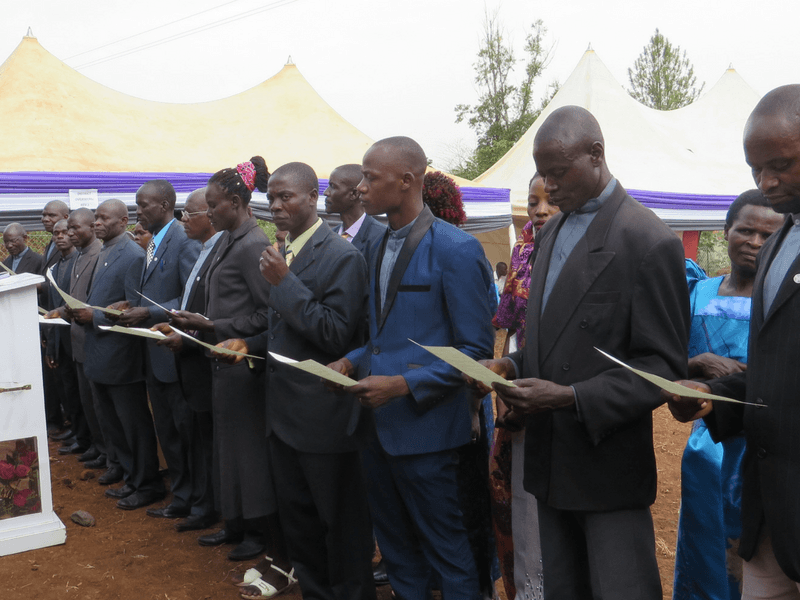 The First National Conference of The Wesleyan Church of Uganda was held in Busia, Uganda.

The leaders of The Wesleyan Church in Kenya and Rwanda also attended the conference, along with representatives from the Wisconsin District who have developed a partnership with Uganda.

The second day of the conference began with a march through Busia, led by Wesleyan church leaders, complete with a band and banners. Many pastors from other churches in Busia came to witness the new beginning. Together, we celebrated the graduation of the Wesleyan Bible Institute students, the ordination of new pastors and the installation of the new board of administration.

This was the Wesleyan Bible Institute’s second graduating class with 13 students receiving certificates at the national conference. Some of those who graduated began studying as far back as 2005. Others began in September 2016.

The ordination service followed with 12 pastors being ordained. They not only completed the courses needed for ordination, but they had also served in church ministry and been approved for ordination.

There are now 21 ordained elders in The Wesleyan Church of Uganda! Three of The Wesleyan Church leaders from Kenya were also ordained, including the first female, Rev. Anna Omondi. Dr. Jackson challenged everyone to run the race with perseverance (Hebrews 12).