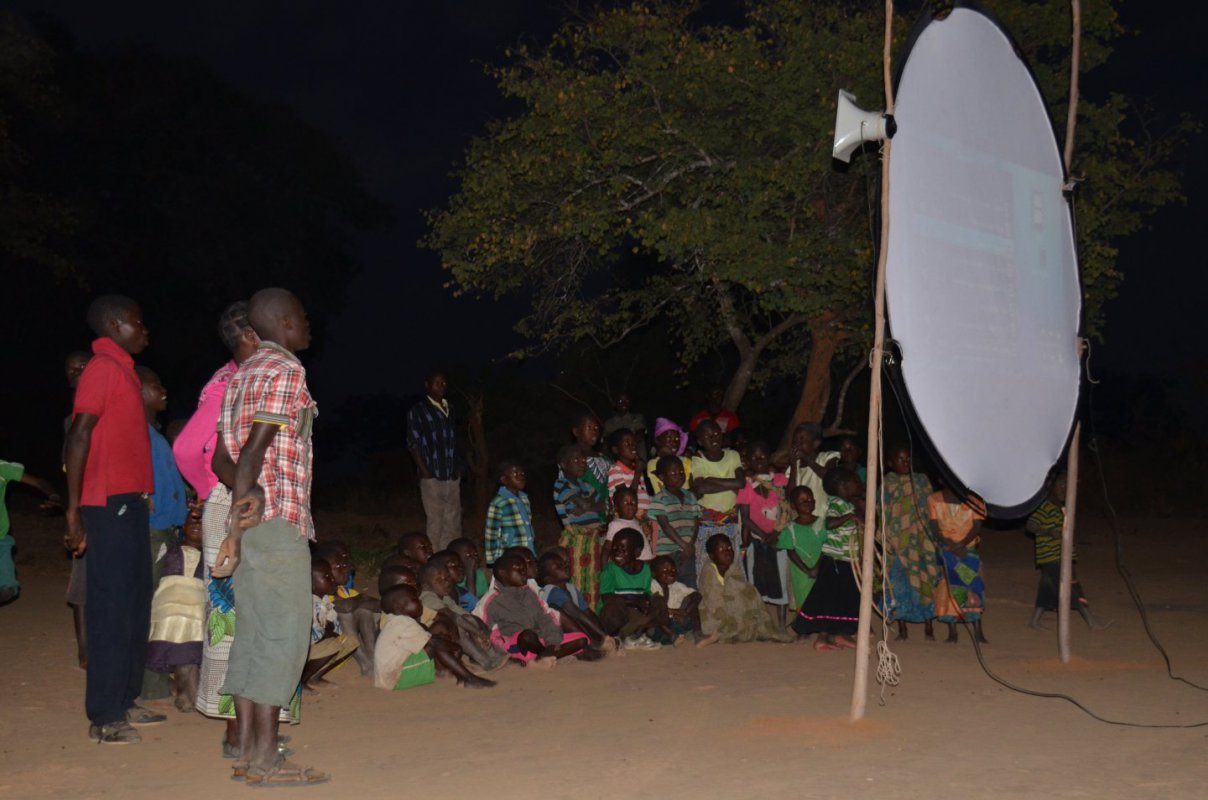 Young woman tries to stop JESUS film with satanic power, but is made new by Christ

When she saw one of the team approaching, she began to back away, despite their appeals. Finally they called her to stop in the name of Jesus. She fell backward, and began shouting and screaming.

On an outing to Katete, a Zambian JESUS film team encountered a young lady in her late twenties name Mwanida (meaning “you hate me”). They noticed her at all the showings at Soweto Market, and when the team moved to Chikwanda, some distance down the road, she was also there. They were now used to seeing her–except she had never responded to any of the invitations to receive the Lord Jesus Christ.

It was the team’s last day at Chibolya, and they had just finished setting up and praying. They saw Mwanida entering with a group of people. This is when they decided to speak with her. When she saw one of them approaching, she began to back off from the group. She did not stop despite their appeals to talk with her.

One team member felt led to command her to stop in the name of Jesus. She suddenly lost her footing, fell backward, and started shouting and screaming. Sensing this was a demonic case, they began to pray for her that the the Lord would release her from the demons. After an hour of prayer, she was wonderfully set free, and she told them a strange story.

She was a member of a satanic cult, and her mission was to disrupt the JESUS film showings. She had been instructed to destabilize the showings by casting spells and invoking evil spirits on those in attendance and on the team.

Mwanida confessed that her mission had been difficult because of the prayers that were being offered before and during the shows. She further testified how she had been successful against previous gatherings, and she hadn’t understood why it didn’t work for her now. The team told her it was by prayer, and because God had decided to fulfill his mission for her life by making her mission against his purpose an impossible one. That night Mwanida was made new and is learning to walk with Jesus! The team is thankful to God for the opportunity to yet again see a soul brought into the kingdom.