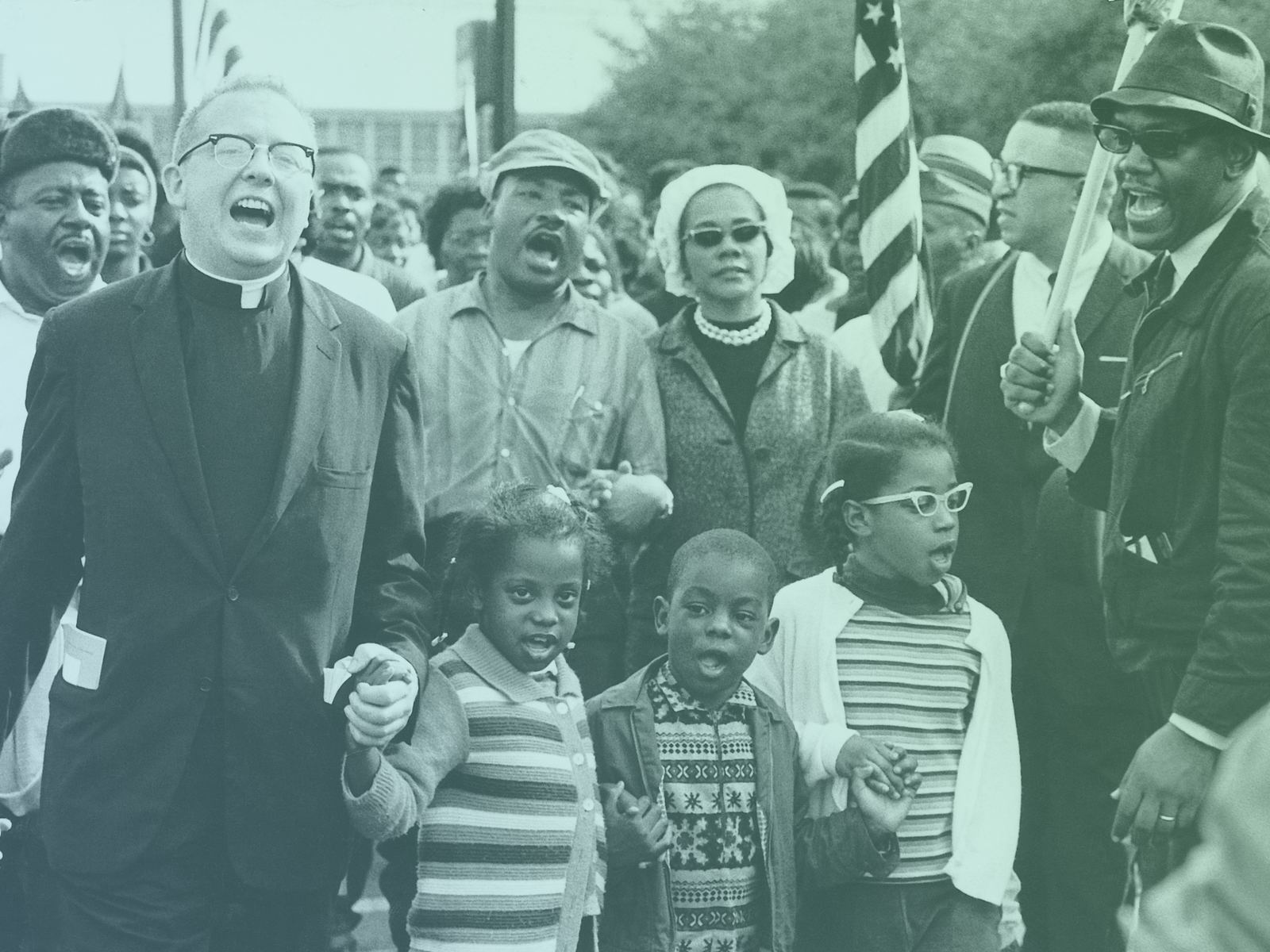 A dream not deferred

My teacher fought for justice and equality alongside Martin Luther King, Jr. Just like him, she refused to let his dream die.

Dr. Martin Luther King, Jr., felt like a member of my family, though I never met him face to face. I met him through the testimonies and teachings of my middle school teacher, Ms. Clara Luper.

Clara Luper taught Oklahoma history, among other things, at Dunjee School, a K–12 school in the Oklahoma Choctaw School District. This was the early 1960s and Dunjee was a consolidated school. In those days, consolidated was often a code word for segregated; all black children in the Choctaw district were bused to Dunjee — regardless of their proximity to another school.

When Ms. Luper was not teaching, she poured herself into the Civil Rights Movement. She spent many weekends in Alabama attending strategy meetings with Dr. King and other leaders of the movement. Dr. King’s strategy was simple: peaceful, nonviolent protest until the country lived up to its gospel and civic confessions.

When she returned from those meetings, Oklahoma history, civics and government included simulations of the marches, how to resist the urge to fight back and how to protect our heads and vital organs if attacked by the police — all the while holding onto our faith in God, who sided with the oppressed and downtrodden. When four Sunday school girls were killed in Birmingham, Alabama, in 1963, our class reenacted the tragedy for school assembly with one of the boys wearing his church suit so that he could deliver Dr. King’s speech on the matter.

Dr. King mentored us through many mothers and fathers in the movement. School children across the segregated South then claimed him as a relative and now claim him as an ancestor.

The dream he had for his own children was for all children. He understood the inequity of conditions in those poorly constructed and poorly maintained “consolidated schools” where a brick wall once fell on one of my friends while she was taking a shower after gym class and where students often stood in line to look through the one ill-fitted microscope in science class. More than that, Dr. King understood that we went through childhood looking over our shoulders for danger, especially if we found ourselves outside of the areas designated for us.

Dr. King was also a living member of thousands of communities across America. His dreams were not just for the black community. He was concerned about all kinds of people and injustice. Shortly before his death by an assassin in April of 1968, Dr. King had organized a Poor People’s March on Washington. And, after his death, we saw the empowerment of elders, women, people with disabilities and countless others who heard the same things I heard — albeit from a distance.

Gunshots in Memphis threatened to turn Martin Luther King, Jr.’s dream into Langston Hughes’ dream deferred. Yet the dream has refused to die. There are enough of us living that still believe God wants us to love one another, trust in the Lord and “treat everybody right.”

May we carry on the dream you courageously shared with the nation 57 years ago.