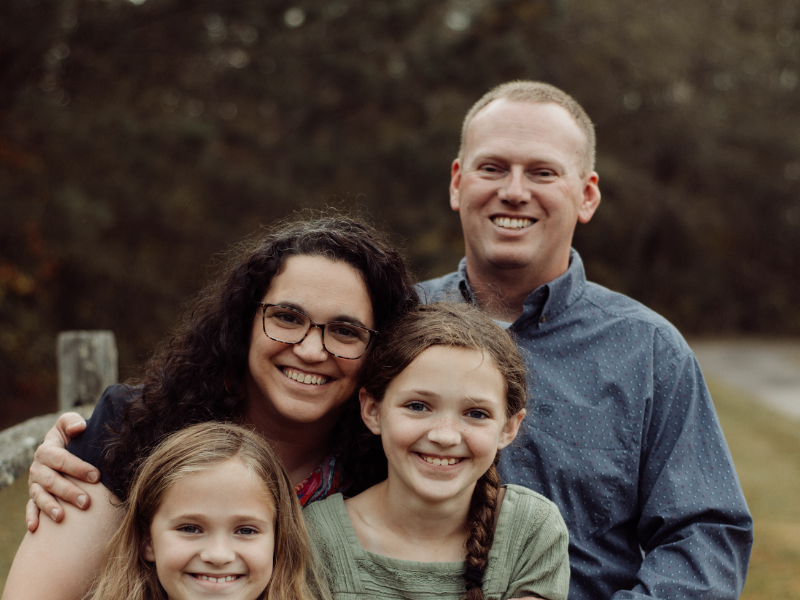 A lifetime of dads

Little did I realize that the foundation these men had laid would help provide the support I would need to shepherd me through one of my life’s most difficult moments.

It’s a small church, not far from the home where I grew up. I was born one Sunday afternoon just before my grandpa’s Sunday evening sermon was supposed to start. My maternal grandparents met and married there, as well as my parents. My future husband even showed up on the pew behind me.

Golden Grove Wesleyan Church (GGWC) in Liberty, South Carolina, is an enormous part of my heritage. It’s home. It’s also an earthly symbol of how Christ can redeem our stories, even when the odds are against us.

Research says that children from single parent families without a strong male role model are more likely to experience addiction, prison, teenage pregnancy and divorce over the course of their lives.  My parents divorced when I was in elementary school, after my father’s struggle with addiction.

One of the best decisions my mother made post-divorce was seeking unity and restoration with my father’s family as well as being supported by a strong circle of friends within and outside of the church. No matter how strong the support, however, I was still a young girl growing up without a father.

That’s where the story of my “dads” begins.

I never thought it was odd, really. These men from the church were just always “there.” They greeted me every Sunday with a hug and a high five. When I got my driver’s license, they gave me the “always be safe” speech, and if I drove too fast out of the parking lot, they made sure we talked about that too. These men prayed with me and for me. They met me at many an altar and helped me discern the Lord’s will for many decisions growing up.

There was Paul, who was my first call when my car battery died. There was Mr. Johnny, who never failed to encourage me to use my gifts within the church and never said I was “too young.” Bill was the honorary “father of the bride” at my wedding. Gary always let me pick the easy hymns when I played the piano for Sunday school. There were ministers like Pastor Tony who encouraged me even when my first attempt at directing a children’s Christmas play almost ended with the Communion table catching fire. (I’m still really sorry about that, by the way.)

Throughout my childhood and adolescence, the men of GGWC stepped in time and time again to provide counsel, discipleship, discipline and love to this girl whose earthly father was not there to provide that support. They didn’t sign up for this responsibility. There was no “rule” that said they needed to walk alongside my mom to provide this role in my rearing. These men were taking the directive of Scripture and becoming a father to the fatherless.

Little did I realize that the foundation these men had laid would help provide the support I would need to shepherd me through one of my life’s most difficult moments.

On June 6, 2007, my estranged father died, the victim of a homicide. At the time of his death, he was homeless and living on the streets. There were few people then within my circle of friends who really knew my story and why my father had been absent for most of my life.

In that one night, all secrets were out.

Suddenly, I was the daughter of a violent crime victim whose father was being discussed on the evening news. I was at a crossroads. Would this break me or would the Lord be able to create something new, something beautiful from this awful moment? As they always had, the local church (especially my “dads”) rose up to surround my sister and me with the love and support they had been providing for the years before. They had laid this foundation and when I needed it most, it was a huge part of allowing the Lord to bring beauty from the ashes of that day and the many difficult ones that followed.

Today, I am the wife of a high school history teacher and mom to two young daughters. Recently, my 11-year-old noted she had heard that many times girls end up marrying men like their fathers. Her response? “You know, Mom, Daddy’s a lot like Mr. Bill.” She was right. I married a man who was much like the father figures in my life.

I’m sure that group of men from this tiny Wesleyan church never knew the guidance they were providing would not only help a young girl break the cycle of addiction and divorce but would be a part of sharing the story of how Christ can redeem when humans fall short. This is what the Body of Christ is called to do. To care for the widows. To plead the case of the fatherless. To provide for the “least of these” among us.

Today, I encourage you to do the same. Hold the crying baby for the overwhelmed parent. Offer to give some driving lessons to the son of the single mom. Sit with people in their moment of need. You will never know what the Lord can do with your willingness to love your neighbor.

Heidi Ravenscraft is a wife, mom and teacher living in upstate South Carolina and is a member of ALIVE Wesleyan Church in Central, S.C. 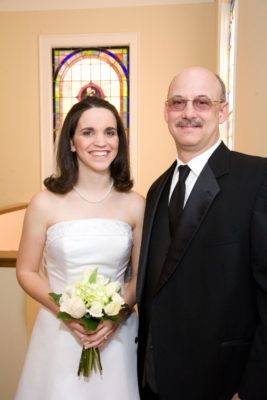