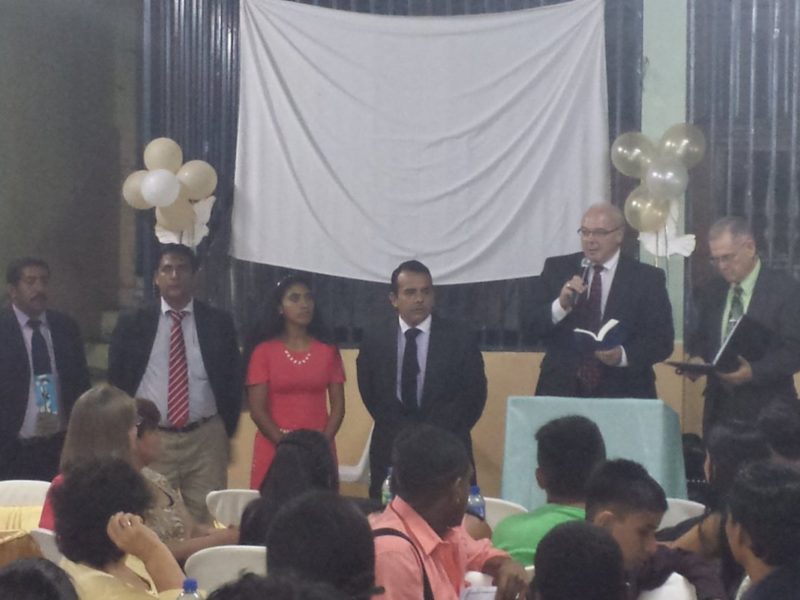 On May 12, history was made for The Wesleyan Church of Ecuador as Gustavo Viejo, Nino Medina, Diana Esteves de Cruz and Juancarlos Cruz became the first ordained Wesleyan pastors in the country. The ordination took place in Guayaquil, a city of about three million people on Ecuador’s eastern seaboard.

Rev. Ed Rotz, Kansas District superintendent, has a long-standing relationship with the work in Ecuador and he had the privilege of ordaining the pastors. Rev. Jarvis Ferguson, Global Partners director of Ibero-America Regional Conference, spoke to ordination candidates and assembled guests. Rev. Tom Hines, a career missionary to Latin America, also participated in the service. Rev. Hines and his wife, Lydia, just concluded nearly 40 years of ministry as missionaries.

Approximately 80 people from the four Wesleyan churches in Ecuador gathered to support and celebrate this event.