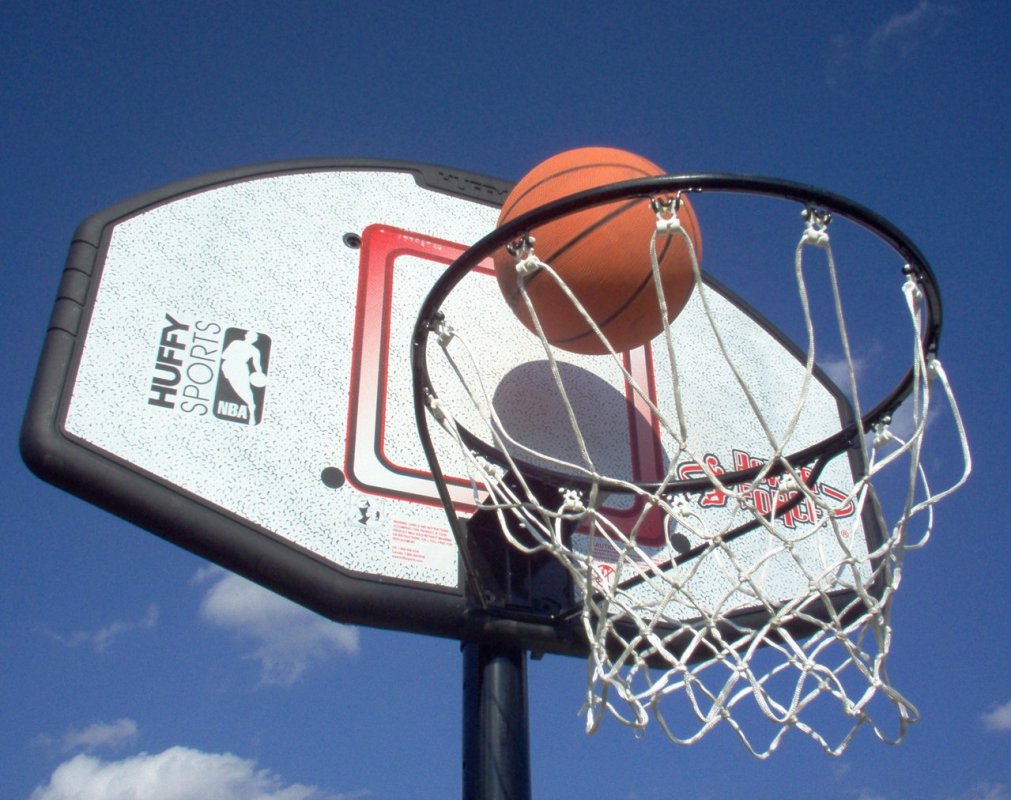 Eyes on the rim

Jim Dunn relates childhood basketball memories with how it looks to keep our eyes focused on Jesus amidst a world of distractions.

While walking through a nearby neighborhood, I saw something that brought a smile to my face and a fond memory to my mind. It was a warm day in the dead of winter. An older elementary-aged boy was shooting free throws in his driveway by himself. He had his school team uniform on, all the way to the over-the-calf socks coupled with his high-top sneakers.

What topped it off for me was hearing him verbally announce an imaginative game scenario. There were zero seconds left in the tied, championship game. The pressure was on because he was at the free throw line shooting one, after being fouled by the opposition on an heroic, last-second, acrobatic shot tying the game. He lined up, tucked his elbow under the ball, and watched the attempt swish perfectly through the net. He went crazy and exclaimed at the top of his announcer-voice lungs that the crowd had stormed the court in jubilation of the championship victory. He then looked over and saw me walking by. He immediately stopped the post-game celebration, picked up the ball, and acted like nothing ever happened.

I used to do the same thing. It is what boys and girls do year-round in Indiana where basketball is seemingly worshipped more than God. Every chance I had found me in the driveway shooting last second shots and announcing the crowd reaction, complete with being carried off the court and school being closed the next day for a community celebration. I did this when I thought no one was watching. Of course, one of the keys to shooting a basketball is to not focus on the crowd and devote all of your attention to keeping your eyes on the front of the rim. The older I got, the more distractions came. In bigger arenas, there were seats on the court’s end line. Looking through a glass backboard with people making all kinds of gestures during a free throw made it almost impossible to keep my eyes on the front of the rim.

All of this reminds me of the Christian walk. The old dream dreams and the young see visions of what things will look like (Joel 2:28 and Acts 2:17). We look back and wonder if anything will ever be as good as it was in some yesteryear. We anxiously anticipate what the future holds. There are pictures and feelings in our minds and hearts of what Christians and the church should, or will be like. We learn from others. Most of it is good. But distractions are everywhere. Ideas and opinions from many, even the devil himself, seek to persuade us to do things we know we should not do, to say things we should not say, to think things we should not think. Yet Jesus asks us to keep our eyes on the rim (on him), to not be distracted or give in to temptation that diverts our focus from him and his kingdom.

As I continued my heartwarming walk, a song came to mind. I pray these words are helpful to you today:

Turn your eyes upon Jesus. Look full in his wonderful face. And the things of earth will grow strangely dim, in the light of his glory and grace.

Dr. Jim Dunn is executive director of Church Multiplication and Discipleship for The Wesleyan Church.