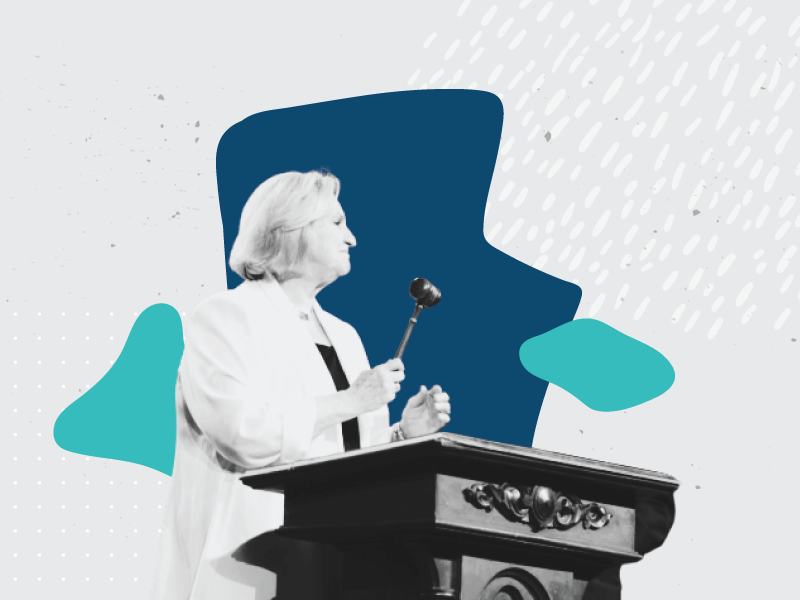 The Wesleyan Church’s official gavel is made from a dogwood tree, upon which Micajah McPherson was hanged because of his anti-slavery principles.

The Wesleyan Church’s official gavel is made from a dogwood tree, upon which Micajah McPherson, a dedicated Wesleyan pastor and abolitionist, was hanged because of his anti-slavery principles.

McPherson and his family were converted by another well-known abolitionist, Adam Crooks. Following several threats to Crooks, McPherson told Crooks he should go back to Ohio, and McPherson would continue the ministry and work Crooks had started in North Carolina.

One morning as McPherson was doing his chores near his barn, a number of men rode up and surrounded him. His family watched helplessly as he was dragged across the creek toward the woods.

A few yards from the road, near a small creek, stood a leaning dogwood tree, with a fork some seven feet or more from the ground and slightly above a large rock. The mob lifted McPherson up, with a person shouting, “A knotty dogwood is good enough to hang a Wesleyan on.” They fixed a noose improvised from a bridle-rein and shoved his body off the rock. He soon lost consciousness.

After a while, McPherson heard steps, then horses. Someone rode up and said, “that old rascal is not dead – we need the noose to hang another.” Just before dark, he regained strength to crawl back home, and his wife nursed him back to health.  He continued his work.

He soon lost consciousness. After a short while, one of the people in the mob came back, retrieved the noose and left, thinking McPherson was dead. Soon, he regained consciousness and crawled back home. His wife nursed him back to health, and he continued his ministry.

Many years after the Civil War, McPherson was in a revival service and noticed a man who had slipped into the service. He recognized him as one of the lynchers. He went to the man and urged him to repent. The man recognized McPherson and was so overwhelmed that he ran from the building.

I am grateful to Dr. Marlin Mull of Brooksville, Florida, who had preserved this dogwood gavel and presented it to me several years ago. It resides in a prominent place at The Wesleyan Church Headquarters in Indianapolis and is used for General Conference. It is the symbol passed from one General Superintendent to the next representing holiness and justice.