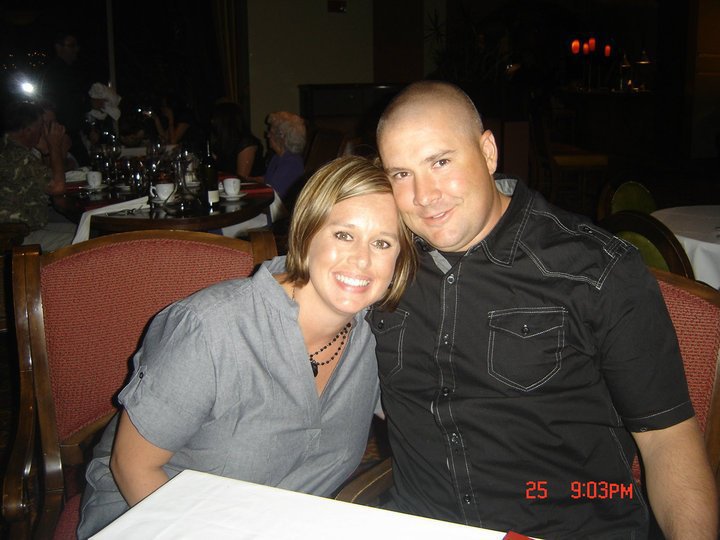 God’s story in you is not over

When Julie was diagnosed with leukemia, she became angry at God. That anger lingered for years until she found herself attending church again, eventually placing her faith in Jesus.

When Julie Clairborne was in middle school she was diagnosed with leukemia. She endured chemotherapy treatments, hospital stays, and doctor visits for years. Some days it seemed the cancer might take her life.

Julie battled cancer until her sophomore year of high school. The years felt lost during the hard times in her life and the lives of her family members. As a result, she was angry with God and wanted nothing to do with him.

Straying away from God could bring judgment from a small town where everyone knows everyone. Julie grew up in Osage City, Kan., a small farming community of 2,000 people and attended a Methodist church. The rural town with a predominantly Catholic demographic was part of America’s “Bible Belt.” God was talked about and people attended church. Some had a religious foundation, but they weren’t strong in their faith.

That was Julie. And when the leukemia struck, she felt like God had deserted her. Julie “stayed mad” and “went crazy” in college. She joined a sorority, drank, smoked, and partied with her friends.

One weekend during an alumni reunion in her college town, Julie met Steve while they hung out with mutual friends. The two didn’t know each other, but they had attended the same college. Although neither were walking with the Lord then, Julie remembers sensing that God had led them to each other. And unbeknownst to her, that was the beginning of Jesus wooing her back to him.

The couple dated for 1 ½ years, and Julie moved to Arizona where Steve lived with his two daughters from a previous marriage. They dealt with challenges that accompany most young couples, and, as Julie says, “Kept plugging away, hoping things would get better.” They found a church they liked and sporadically attended.

“That was God pulling us in,” said Julie. “But we went for a time and quit going. We were trying to make a life and do things on our own.”

They relocated to Sahuarita, Arizona, where Steve landed a job with U.S. Customs and Border Protection. For ten years Steve has patrolled the rocky mountain terrain “in the middle of nowhere” that separates the U.S. from Mexico. As a federal agent, Steve’s job entails working long hours, hiking in the middle of the night, and conquering dangerous terrain and conditions, as he and his team search out those attempting to enter the United States illegally.

In the beginning of Steve’s career, Julie felt incredibly lost. Steve was required to be gone for training for six months, and she was home alone with their one-year-old. Something was missing in her life. Discouraged on a drive home from work one day, she sensed a voice saying, “You need to go to church.” So she began attending a non-denominational church in Sahuarita, a city with both a strong Mormon and Catholic population. During a service one Sunday she realized she knew who God was but that she didn’t have a relationship with him. That’s when she gave her life to Christ.

Julie attended church for about a year, without Steve, who had no interest in going. She says she was “on fire” in her faith during that time despite his disinterest. Julie stopped pushing Steve to attend, as family members told her to let God work in his heart. That’s exactly what happened.

“Jaxon was walking around the house one Sunday morning singing ‘Jesus is the Rock,’ at almost two-years-old,” said Julie. “Steve figured he should start going.” After about a year of attending, Steve gave his heart to Jesus.

The Clairbornes later began attending My Church, a Wesleyan church in Sahuarita. Since then, the family has grown with the addition of twin boys, Hudson and Grayson. Julie has continued to grow in her faith and was baptized two years ago. Her anger towards God over her cancer has dissipated as he’s continued to change her life. Further evidence in this change is reflected in her upcoming attendance of the ALIVE satellite event in Tucson, Az. This women’s conference will happen simultaneously with the main event in Nashville, Tenn., April 17-19. She has even invited friends she’s made through fitness classes, hoping both will attend with her, and looks forward to making new friends at the event.

“I want to grow closer to the Lord and bond with women you might not talk to at church or those from other churches I may not know,” said Julie. She knows she needs to continue growing in her faith to be a solid wife and mother.

“Julie’s life shines Jesus everywhere she goes,” said Jamie Farmer, Arizona satellite executive director and wife of Dusty, who pastors My Church. “She continually shares her faith with other women and invites them to church on a regular basis.”

“I continue to want to be grounded [in my relationship with Christ] and need to be around other Christians who are like-minded,” said Julie. Weekends get busy for the Clairbornes with baseball practice and games.

“I’m excited to be refreshed, renewed, and reignited at ALIVE,” said Julie.