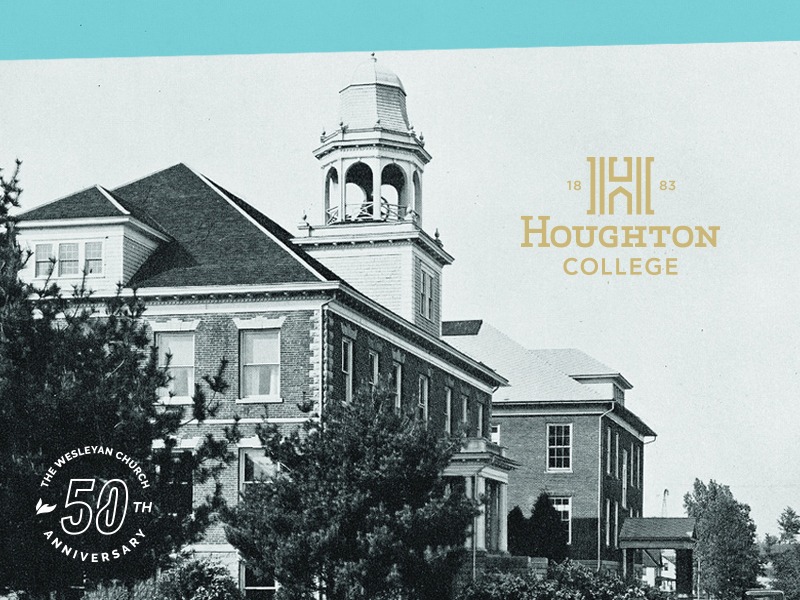 The first class of students walked through Houghton College’s doors in September 1884, just months after the school’s charter was signed on April 21,1883. Then called Houghton Seminary, the founder, Willard J. Houghton, never dreamed the institution would become a full-fledged college one day.

Houghton College began with a vision, $1,000 in monetary pledges and the “Sunday School man,” Willard J. Houghton. Known for his Scripture cards and his compassion for the poor and marginalized, this post-frontier farmer was used by God to impact the community and region for generations by founding what is known today as Houghton College. It was not until approached by a leader of the Wesleyan Methodist Connection that Willard J. Houghton gave thought to establishing a school that transcended any economic, gender and social boundaries, offering a life-changing opportunity to students from diverse backgrounds. With only the equivalent of a third-grade education, he followed this new path, firmly believing that knowledge and the power of the gospel could change the world.

The small town of Houghton Creek, New York, was an ideal location, its rural setting providing students with a distraction-free environment in which to grow and thrive. Just two decades prior, Houghton Creek was a well-known stop on the Genesee Valley Canal route, with an unsavory reputation. Edmund Palmer, a canal boat captain, prayed over the area, asking that the place “someday be as noted for its righteousness as it is now for its wickedness.” Over the next 20 years, Palmer and local congregations helped transform the moral fabric of the town.

It was in this place that Willard J. Houghton—steeped in the Wesleyan Methodist tradition that championed education, equality and the importance of evangelism—founded a seminary in 1883, seeking to prepare young people to live and work not only as scholars but also as kingdom-minded servants in an ever-changing world.

Dr. James S. Luckey, the first president of the college, expanded on Willard J. Houghton’s initial vision. In 1923, the seminary received its provisional charter for accreditation from The Board of Regents of New York State. Elated students marched the streets of nearby Fillmore, N.Y., before returning with Luckey. The class of 1925 was the first to hear an official conferring of accredited degrees—100 years after the birth of the college founder.

Today, Houghton College’s mission remains as envisioned by the seminary’s founder. Five presidents have expanded academic programs, overseen construction of additional facilities and enhanced the collegiate experience for more than 22,000 Houghton alumni. Graduates leave prepared academically and spiritually for successful careers in the liberal arts and sciences, intertwining vocation and calling. The legacy of Willard J. Houghton remains a key component of the college’s branding and culture, intrinsically tying students to a story that calls them to be, as he once wrote, “yours for fixing up this world.”

Houghton College is one of six educational institutions owned by The Wesleyan Church.

Photo: Fancher Hall (left) and Woolsey Hall were among Houghton’s most recognizable buildings in the 20th century.