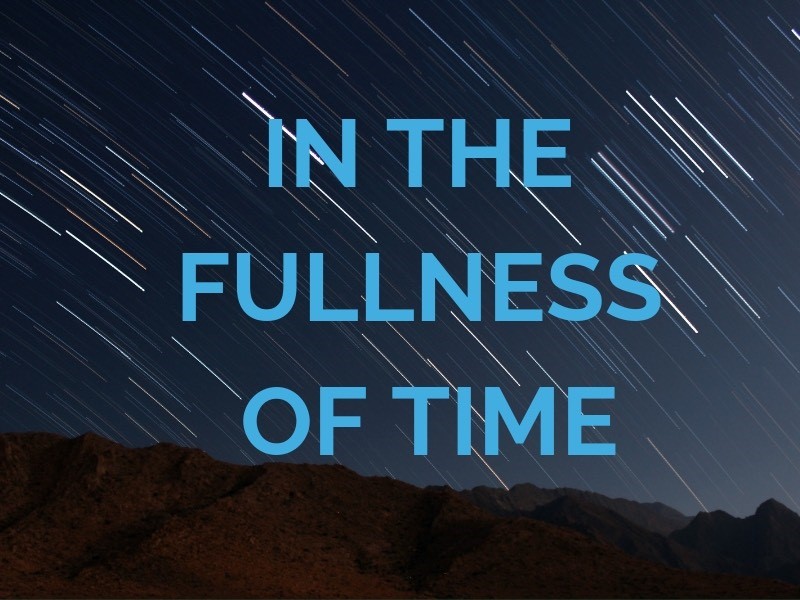 In the fullness of time: it’s that time again

My heart leaps for the possibilities of what 2019 can hold by way of the body of Christ, his Church.

Four hundred years ago. That’s how long it’s been since the first slaves were brought to America. In August 1619, “20 and odd” enslaved Africans were brought to the British colony of Jamestown, Virginia.

“Four hundred years” turns my thoughts to Scripture. My Christian heart is trained toward the meaning of certain numbers and I cannot help but think of the four hundred years between the Old and New Testaments. God began sharing His written story in Genesis with Creation and for some reason put down His pen at the time of Nehemiah rebuilding the walls of Jerusalem. Four hundred years later we pick up the story again when John the Baptist is born for the purpose of preparing the way for The Lord. John the Baptist is born and six months later, Jesus.

Every year during Advent, Christians joyfully find all the treasured parts in God’s story of Jesus’ birth. And we celebrate. Included in those life-giving Scriptures is Galatians 4:4, “In the fullness of time, God sent His Son.”  Four hundred years after He officially last spoke through a prophet, it. was. time. For a Savior. For The Messiah. For Jesus.

When we take a closer look at Galatians 4, we see that the verse is in the context of celebrating the freedom that is found in Christ (Galatians 4: 4-7 NRSV): But when the fullness of time had come, God sent his Son, born of a woman, born under the law, in order to redeem those who were under the law, so that we might receive adoption as children. And because you are children, God has sent the Spirit of his Son into our[a] hearts, crying, “Abba![b] Father!” So you are no longer a slave but a child, and if a child then also an heir, through God.

My heart leaps for the possibilities of what 2019 can hold by way of the body of Christ, his Church. He calls us to continue to prepare the way for racial healing and restoration and be even more intentional with our love, joy, peace, patience, kindness, goodness, faithfulness, gentleness and self-control. Imagine if we all discovered the joy of living the blessedness of being peace makers.

In Luke 4:18 we read the fulfillment of the Isaiah 61:1 prophesy, “The Spirit of the Lord is on me, because he has anointed me to proclaim good news to the poor. He has sent me to proclaim freedom for the prisoners and recovery of sight for the blind, to set the oppressed free”

It all began in 1619. Slavery officially ended almost 250 years later with the ratification of the Thirteenth Amendment in 1865. The New Year of 2019 is approaching fast but the pain and brokenness of slavery is slow to heal. The Spirit is upon us, you and me, to proclaim good news, proclaim freedom and set the oppressed free. Let’s be prayerful and listen for the Spirit to direct our steps as to the specifics and the details. He will show us how. We are living in the fullness of time. Let’s be Jesus to everyone around us. Everyone. Let’s be joyfully intentional to also go out of our way to find new people to show Jesus’ love. In the fullness of time, God is sending his Church. To heal the broken hearted. To set the captive free. It. is. Time. Let’s live as sent ones.

Learn more about slavery in America from National Geographic.