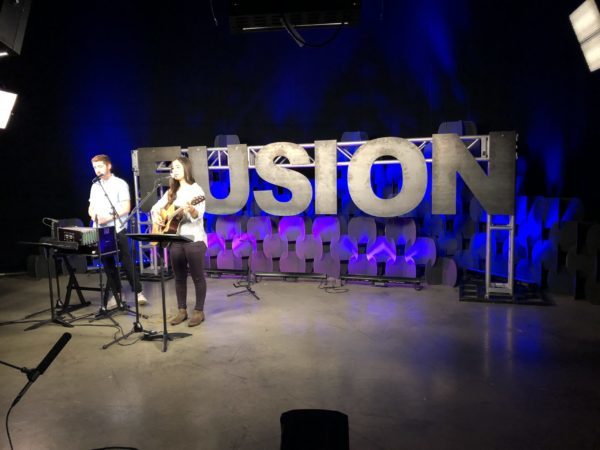 While this year’s conference was the first hosted completely online, its online attendance--5,600 people from 38 states and 3 countries--surpassed the original sold-out attendance of 3,800.

As COVID-19 changes the landscape of public life, churches, business, families, and neighbors are coming together to find fresh ways of building community. Indiana Wesleyan’s Fusion team–tasked with facilitating the annual Fusion youth conference in Marion, Indiana– found themselves at the heart of this re-imaginative work, pivoting the event to a fully-online format and garnering a record number of participants from around the world.

In-person gatherings are central to any conference, but especially to Fusion, as students engage in large group activities, concerts, breakout sessions, and main sessions with their youth leaders and peers. Finding a way forward without these traditional staples of the Fusion experience, the leadership team–in conjunction with the leadership of Rev. Charlie Alcock–put together an online streaming experience that included worship, testimony, storytelling, and breakout sessions, all organized around deeper knowledge of the person and work of Jesus Christ.

“What I’m most proud of is that students came together and fought together to see this happen,” reflected Alcock, Assistant Professor of Youth Ministry at Indiana Wesleyan University. “The big win is that we didn’t close up shop and say, ‘We’ll wait until next year,’ but we used the resources we had, did it in a studio, and the students fought through just like the church does.”

For Alcock, the local church is both the epicenter of innovation in this crisis, and a key focus of the IWU student experience. While an IWU education fosters excellence in academics, focus on vocational achievement, and attentiveness to character formation, all of these point toward reflecting the image of God. And as those gifts are honed, they are best used when offered in service to others alongside the local church. Whether students ultimately use their degree to serve in vocational ministry or to serve as lay-shepherds embedded in the marketplace, IWU (and Fusion) equip students to love and share Christ in every part of their lives.

For Alcock, this emphasis on mobilization and innovation emerge from his experiences in the local church. “My time in the local church before coming to IWU, and now Cypress Church, helps me at IWU  by implementing local church strategies in innovative ministry at IWU as a professor. We are a part of the church, and we have to reflect the way the church communicates to its body.” 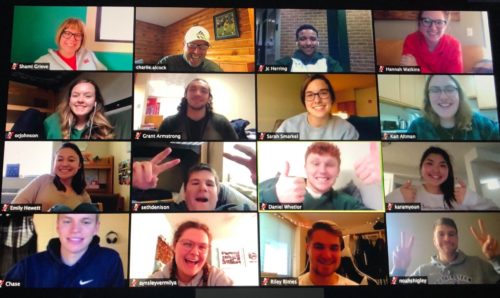 While this year’s conference was the first hosted completely online, its online attendance–5,600 people from 38 states and 3 countries–surpassed the original sold-out attendance of 3,800. “This was a home run,” said Alcock. In addition to the conference’s broad reach, it also had a galvanizing effect on IWU’s Marion campus, who (although they were scattered away from campus due to the pandemic) saw Fusion as a chance to come together in troubling times. “Faculty members, janitors, people that love IWU tuned in just to feel some sense of community,” recalled Alcock. “It provided a ministry to the church; but it also helped bring community that had been lost on campus. There were people thanking us who were 70 years old, and had never been to Fusion before; there were people on maintenance staff who had their whole family gathered to participate because they felt unified.”

The success of the online format has led other camps held at IWU–such as Never2Young–to follow in Fusion’s methodology, developing pre-produced content in conjunction with live engagement to resource youth and churches around the world. In addition to Never2Young, resources are being produced to bring local churches together, including other youth summer camp style events produced for various districts of The Wesleyan Church, which will offer specific content targeted at reaching their geographic regions.

To learn more about the Fusion youth conference and the ongoing resources being made available by the Indiana Wesleyan Youth Ministry team, visit indwes.edu/youthministry