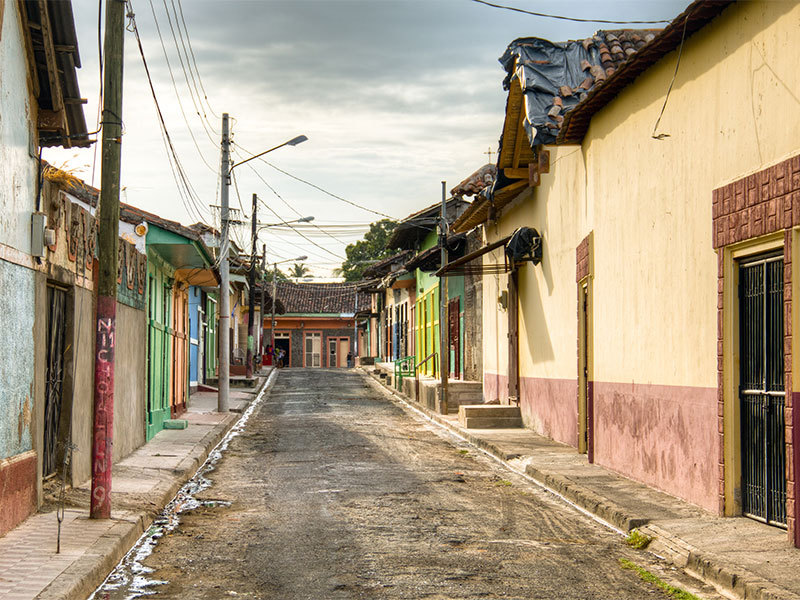 In a time of extreme exhaustion and vulnerability, "I had expected judgement, and she gave me grace."

I’ve called Nicaragua my home for over nine years now, a land of lakes, volcanoes, coffee, earthquakes and searing heat. Sometimes I feel like a missionary, praying with families in their homes and witnessing baptisms in a local river. But most days I feel like a wife, mother and coworker, juggling all the chores and responsibilities that most people do, from washing dishes to paying the electric bill. I’m just in a world that is far from small town, Ohio, where I grew up.

Instead of English, I speak in Spanish. Instead of cruising down a freeway in a minivan, I’m more likely to be dazing out the window of a crowded bus. And instead of scheduling around a North American calendar, I’m looking at which Nicaraguan holidays are coming up so I can start to buy items in the market for my kids’ school program.

While each year here has brought us its own set of trials, we had breathed a sigh of relief to start a new year in a new city and new home. We tried to forge ahead with fresh vision and energy after so much pandemic stress.

Unfortunately, despite our enthusiasm, we didn’t make it too far into this year without some hang ups. Our children suddenly got sick and had a whole litany of symptoms from fevers and coughs to upset stomachs and night sweats. A few hours turned into a few days and eventually three of the kids got better. But it wasn’t the same for my oldest daughter, Micah. Her days turned into a few weeks of illness, and she quickly dropped ten pounds from her already slim frame. She went from a typical spunky teenager begging to spend time with friends to a listless girl with dark circles under her eyes, crying at the drop of a hat and unable to stomach normal amounts of food. Her pain and her desperation became unnerving to me, and I too began to lose sleep. Watching a child suffer despite medication, prayers, fluid and rest is agonizing.

Before I knew it, my days and goals began slipping from my grasp. I spent more time at the hospital, pharmacy and lab than I did at work, having to get kids tested, retested and tested some more. I spent more time talking with doctors than I did friends. Even though three of the kids were back to school and their normal selves, Micah was diagnosed with brucellosis, an obscure illness that involves bacteria   passed from animals (either through air, touch or eating unpasteurized dairy) to humans.

I sighed deeply when we finally figured it out and looked across the desk at our Nicaraguan pediatrician. She has treated my kids through a lot of illnesses, from tuberculosis to dengue fever.

“I bet when you look at me you see a tired, crazy, gringa mom,” I confessed, shifting uncomfortably in my chair and averting eye contact.

“No,” she responded, calmly. “I see a woman who spends a lot of time with her family in poor communities. [A woman who] visits. Eats. Plays. These are the illnesses of the poor. I see a family that knows the poor.”

I choked back the tears. I had expected judgement, and she gave me grace. She saw me. It meant the world to me in a time when it’s been lonely and stressful.

Maybe that’s the best thing we can all do when we see people struggle — just take time to acknowledge them and affirm them. A little mercy goes a long way in whichever country we find ourselves in and in whatever trying circumstance we encounter.

Sarah Schmitz and her husband, Ryan, serve as missionaries with Global Partners in Nicaragua.