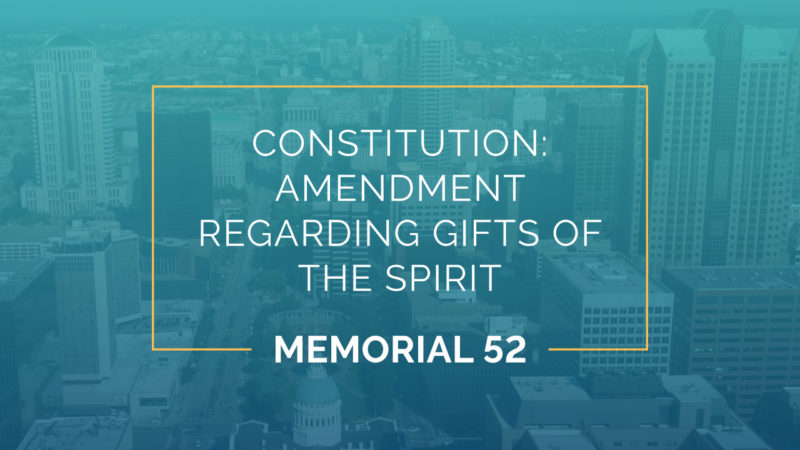 CONSTITUTION: AMENDMENT REGARDING GIFTS OF THE SPIRIT

In order to defend and honor our essential documents, the following requirements must be met before being adopted as the law of the Church:

Rev. 22.06.08 – Memorial updated with amendments from the 14th General Conference