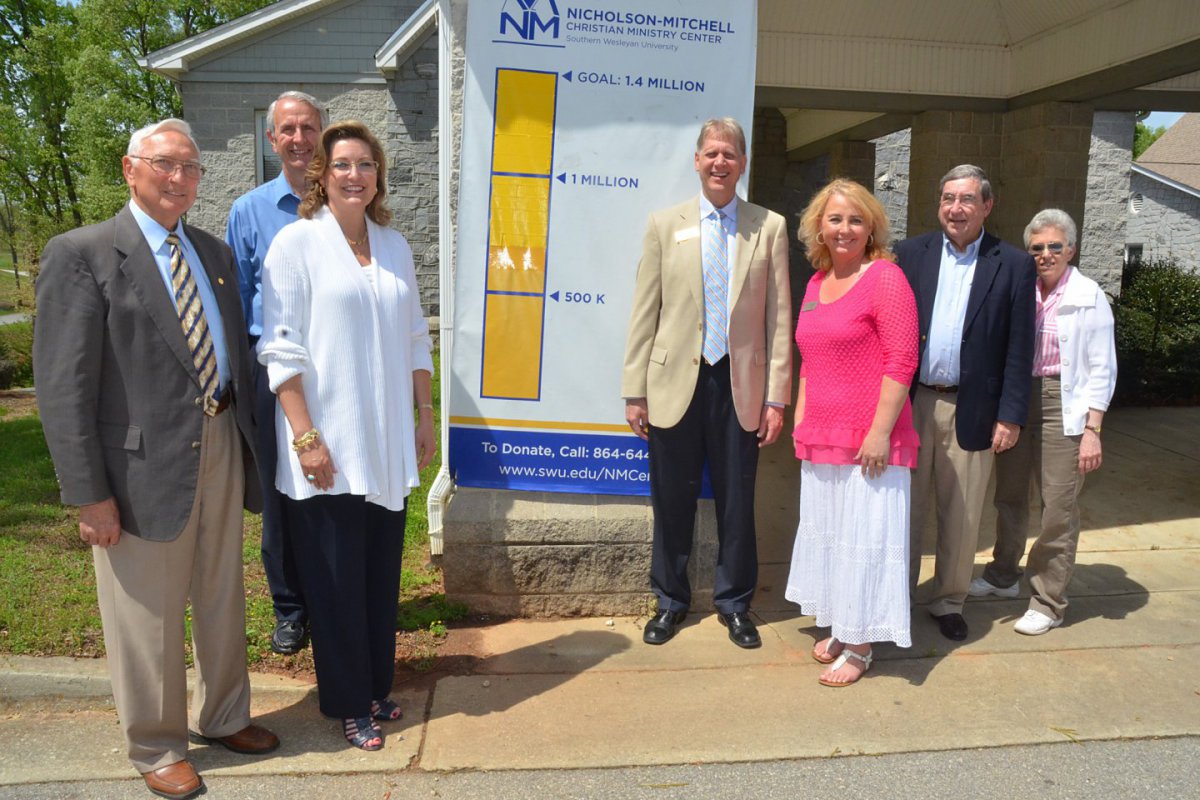 The Division of Religion at Southern Wesleyan University is moving closer to its goal of a new home, thanks to the completion of the $1.4 million Nicholson-Mitchell Christian Ministry Center campaign.

The Division of Religion at Southern Wesleyan University is moving closer to its goal of a new home, thanks to the completion of the $1.4 million Nicholson-Mitchell Christian Ministry Center campaign.

According to University President Todd Voss, the goal covers Southern Wesleyan’s purchase of the former ALIVE Wesleyan Church facility and property and also renovations. ALIVE Church moved in 2013 to a new facility approximately a mile from the Central, S.C., campus.

“What’s happening now is we have construction documents; they are about 80 percent complete,” Voss said. The university will close on the church property later in April.

“It was a pleasure working on this amazing project with a committee that was truly committed to seeing the Campaign through to the finish line,” said Lisa McWherter, vice president for advancement. “Campaign success does not haphazardly come to pass; efforts must be strategic, time sensitive, organized, and it always helps to have prayer warriors on your side. The timing of this Campaign completion couldn’t have been better. God’s handiwork is always right on time. We thank the 800-plus donors who made this Campaign successful and give our Heavenly Father all of the glory.”

Meeting this goal is a dream come true for Mari Gonlag, Division of Religion chair.

“From the time ALIVE Wesleyan Church began to talk about relocating, we’ve been dreaming of this possibility. Both faculty and students of the Division of Religion are thrilled with the completion of the campaign and the beginning of the remodeling process,” Gonlag said. “We can hardly wait to get into the new Center. With new classes, newly revised curriculum and new students next year, the completion of the Nicholson-Mitchell Christian Ministry Center will be the capstone.”

The goal of the Nicholson-Mitchell Center is to provide relevant and innovative approaches to ministry with the timeless values of the Wesleyans’ spiritual heritage and to prepare the next generation of servant-leaders for a breadth of ministry essential in contemporary culture.

The Nicholson-Mitchell Center is named for Drs. Roy Nicholson and Virgil Mitchell, revered as “giants” of the Wesleyan faith. Nicholson came to SWU in 1918, when it was known as Wesleyan Methodist College, to study for the ministry. For the next 75 years, he rose through church leadership to become the first and only full-time president of the Wesleyan Methodist Church where, in a dozen years, he literally made today’s Wesleyan Church possible. Mitchell was the beneficiary of a federal work-study program at Wesleyan Methodist College, where he married Mary, his college sweetheart, served as pastor and teacher, and nearly became college president when The Wesleyan Church re-elected him as general superintendent.

Buddy Rampey, superintendent of the S.C. District of The Wesleyan Church, studied under Nicholson and grew up knowing Mitchell from the time he was a youngster growing up on the Central Campus.

“I count it a privilege to be involved in the growth of the university and to see it remain so committed to the mission that has been there all along, and we realize that’s happening,” Rampey said.

Tom Harding, senior pastor of ALIVE Wesleyan since the church was in its former location, said that the church and university enjoy more than a century of history together.

“The Nicholson-Mitchell Ministry Center will be a standing reminder of our shared mission in the world. The multiple acts of Christian generosity between the South Carolina District, Southern Wesleyan University and ALIVE Wesleyan Church is a story that needs to be told over and over again,” Harding said.

Second image: Bob Black, left, and Jim Wiggins, co-chairs for the Nicholson-Mitchell Christian Ministry Center campaign, unveiled a check for $1,467,801.39, surpassing the $1.4 million goal. Black is a professor in the Division of Religion and Wiggins is former VP for development and a former trustee. 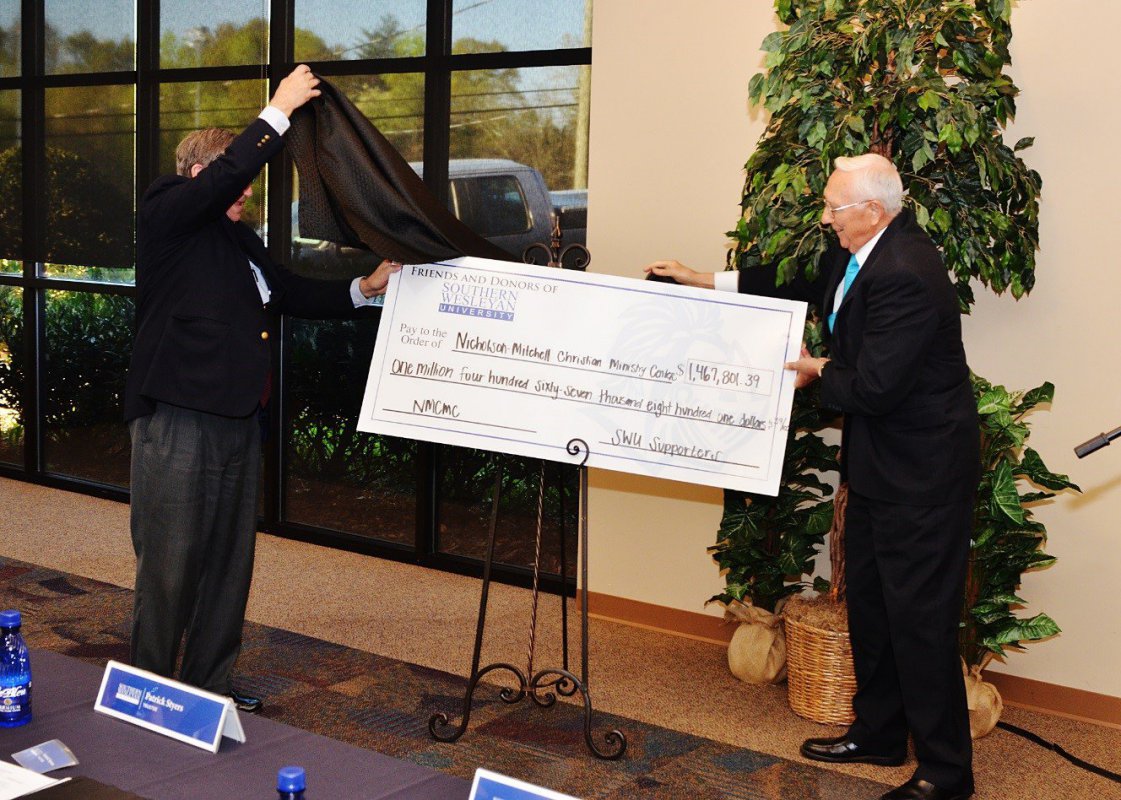