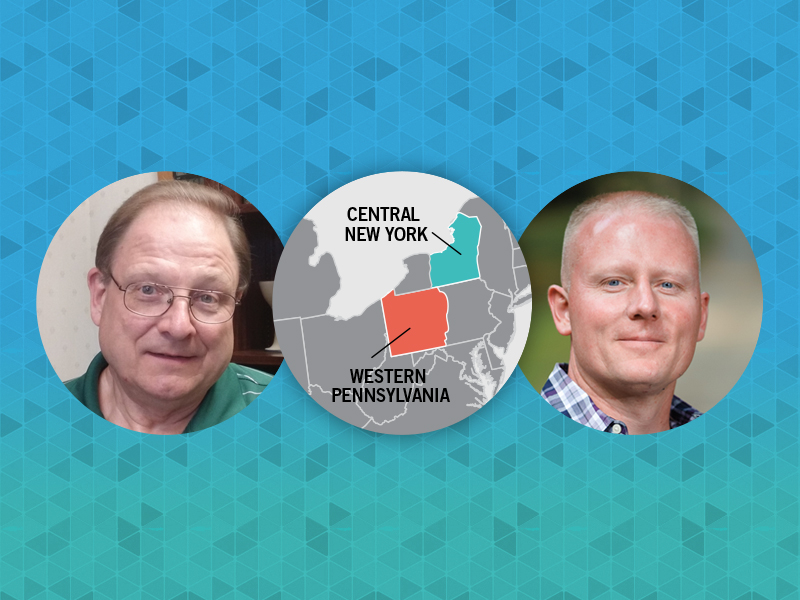 Dr. Matthew Pickering was recently appointed by the Western Pennsylvania District District Board of Administration as interim district superintendent and introduced to the district conference on Monday, June 25, 2018. Dr. Pickering (pictured right) is the superintendent of the Central New York District and will serve in both capacities for the 2018-2019 church year.

His appointment came as a result of Rev. Randy Swink’s retirement as the Western Pennsylvania District superintendent, a post he has held since 2000. The district held a reception honoring Rev. Swink (pictured left) and his wife, Gayle, who has served as administrative assistant in the district office.

The Central New York and Western Pennsylvania districts are engaged in merger exploration. A conference to vote on a possible merger has been tentatively scheduled for February 2019. 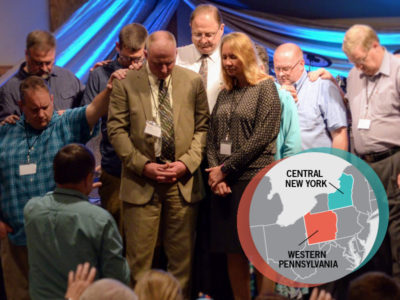