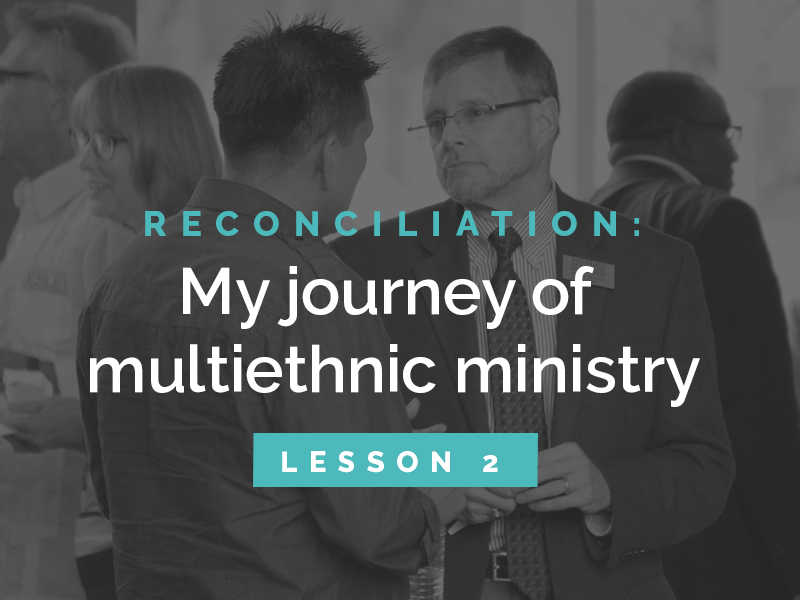 There is a form of learning uniquely linked to leading, and with it comes the scars and joys of building something lasting.

Kyle is lead pastor of Sent Church in the Dallas area, following nine years as lead pastor of Kentwood Community Church (KCC). Originally from Detroit, Kyle holds degrees from University of Michigan and Georgia Tech in Mechanical Engineering and a Masters of Divinity degree from Asbury Seminary. He has blessed my life by speaking prophetically, laughing easily, believing in me when I was most doubting myself and persevering joyfully.

Joanne is co-founder of CaminoRoad (Development Co. Leadership | Culture | Praxis). She is an international speaker, visionary builder, entrepreneur, innovative strategist, leadership and spiritual formation professor and multiethnic organizational coach. When we served together in the launch of Seminario Wesley, I learned from this “visionary builder” about hospitality, excellence that is highly relational and perseverance that finds a way.

Learning and leading go together

In 1999, our oldest son, Chris, graduated from East Kentwood High School. The Holy Spirit used the diversity of graduates walking across the stage to awaken me to the beautiful mosaic of our community and its contrast to our congregation.

The journey to multiethnic relationships and racial reconciliation that had begun in me personally had to also become pastoral if our church was to live up to its name: Kentwood Community. Providentially, that year Kyle and his wife, Petra, African-Americans who were newlyweds and young professionals, moved to our community and became involved lay leaders at KCC. When Kyle sensed a call to vocational ministry, they moved to attend Asbury Seminary, and we stayed in touch.

At the 2005 Global Leadership Summit that KCC hosted, God stirred a holy discontent in me to more intensely and intentionally pursue KCC becoming a multiethnic church. I sensed the Holy Spirit saying, “Wayne, you often say you want to permeate the community with the transforming presence of Jesus Christ. Is that the whole community, or just the 70 percent that looks, thinks and acts like you?”

Kyle was seated near me. I asked him to consider returning to KCC as outreach and teaching pastor so together we could lead KCC to reach the whole community. He spoke truth in love: “Wayne, I love KCC and will consider it. But you can’t delegate this by designating me as the ‘diversity guy.’ You’ve been here since KCC’s beginning, and you’ll have to invest your credibility and energy if change will ever happen.”

My insecurity kicked in. I had so much to learn before I felt adequate to lead. I lacked expertise. But I sensed God saying, “Wayne, I’ve repeatedly revealed my will to you over this past decade. The urgency is now greater. You’re going to have to learn and lead at the same time.”

I made many “rookie mistakes,” some hurtful to others. Learning and leading simultaneously kept me humble and teachable. I was not an expert, but a fellow journeyer with my beloved church family. After extensive processing with the church board and ministry team over the next few months, we went public. Blending resolve with relationship, and authority with transparency1, we communicated, “we’re committed to becoming a multiethnic church. We have much to learn and will go at a speed that everyone who wants to join can do so, but we will make this journey.”

This became a pruning season, both in our church and my life. Some stepped in, others stepped out. I’m discovering that pruning, which I prefer to avoid, creates a dissonance that deepens learning.

I intentionally sought to learn in both public settings and religious contexts. The various experiences were raw, profane, theologically rich or completely bereft of biblical perspectives — cumulatively shaping my values and actions.

I slowly found applications for my spiritual gift of “prophetic encouragement” as well as positioning the leadership and voices of others. I better discerned between changes merely cosmetic (appearing different) and those more authentic (becoming different), as a greater variety of people influenced culture-shaping and decision-making in our church.

Because I had so much to learn, my leadership was more intentional than intuitive2. The principles in One Body, One Spirit: Principles of Successful Multiracial Churches (see footnote below) became a plan that was activated and often adjusted as we officially adopted the goal that “no one racial ethnic group will make up more than 80 percent of all ages attending KCC by the year 2020.” Differing in scope and visibility, those intentional actions were never perfect and were often messy. But we made progress.

The learning never stops, but changes in context have precipitated significant new learning. Years later I transitioned to Wesley Seminary. Within its first year of existence, we began making plans for Seminario Wesley. God brought us Joanne Solis-Walker, a builder of transformative learning experiences for people and organizations. It was complex to not only have our curriculum translated but contextualized for Hispanic culture. Across Indiana Wesleyan University, where Wesley Seminary is located, we made many heroic efforts to accommodate Spanish speakers.

When you’re actually building a multiethnic entity, relationships remain foundational and communication in speaking and writing are critically important. Developing or transforming an organizational culture adds a degree of difficulty and discernment because of the consequences (intended and unintended) of taking action.

There is a form of learning uniquely linked to leading, and with it comes the scars and joys of building something lasting.

Take my yoke upon you and learn from me, for I am gentle and humble in heart, and you will find rest for your souls (Jesus’ words in Matthew 11:29).

1The book by Andy Crouch, Strong and Weak: Embracing a Life of Love, Risk and True Flourishing, has been a source of tremendous insight into the catalytic combination of strength and weakness.

2George Yancey’s book One Body, One Spirit: Principles of Successful Multiracial Churches was a valuable resource in our early journey as a church.